What I needed to Get "Over" It 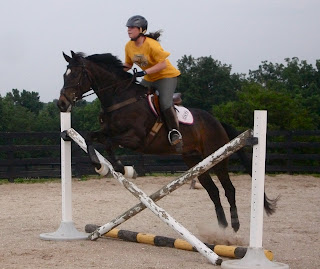 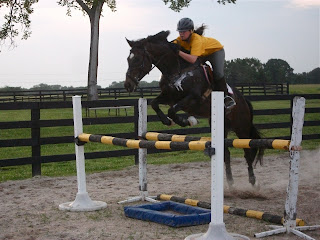 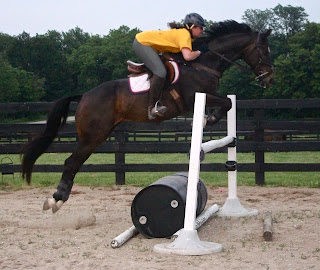 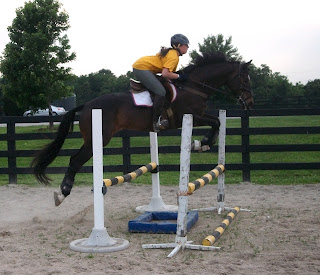 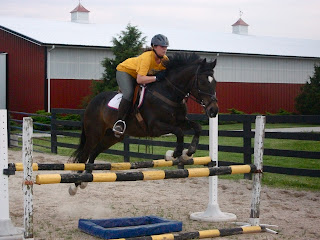 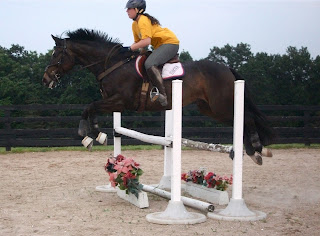 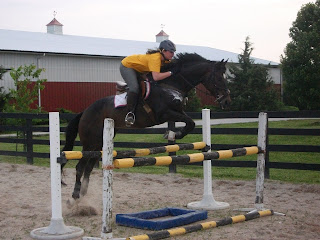 A T shirt post will be up in 3-4 days (when i stop working doubles, get situated for summer classes and get  home from the Jumper Show this weekend). Stay tuned if you want a T shirt!
Posted by Checkmark115 at 9:18 AM 6 comments:
Email ThisBlogThis!Share to TwitterShare to FacebookShare to Pinterest

WOW I Needed That!

Yesterdays ride was so freaking excellent.
I got on intending to do lots of lateral work but worked more on getting him to relax through his back and release and it went very well. His transitions were actually freaking great, even the up left lead canter transition, which is our stickiest.
The quality of his trot, canter and free walks were amazing and I couldn't have been happier! More stretchy work is definetly a must!
This saturday Emily and I are heading to STL for a jumper show (same one as last time) and I intend on kicking some ass. I want a first place this time :) Mwah hahahahaha!
Also, I am competing at the Show Me State Games in the Area 4 USDF Team Championships. The SMSG are like Missouri's version of the Olympics. Literally, there is an opening ceremony, the games and the closing ceremonies and whatnot. The Dressage competition will be super fun, since we get to match colors or whatever for teams. Each of us have to ride a different level and one has to be an FEI test. We only have 3 members, so hopefully we can snag that wild card FEI test ride since neither Hannah, Terri or I are ready for an FEI test just yet, haha. I think I am going to do 1st or 2nd Level depending on what Hannah and Pronto will be doing, since Terri will be doing training level. Its going to be really fun!
I jump real fences thursday, since I haven't jumped over 2ft since my fall/event.
In other news, I start Summer school June 6, not really looking forward to that OR buying books.....ugh.
Posted by Checkmark115 at 10:26 AM 2 comments:
Email ThisBlogThis!Share to TwitterShare to FacebookShare to Pinterest

Its been a while, yeah?
While I was in Ohio, Emily (Cheryl's assistant trainer) rode Yankee twice for me. Did some dressage and then jumped him. She he said he was excellent, and I know that he was!
The trip to Ohio was a bit more stressful than I would have liked it to be, but it was nice having 4 days off from work. Unfortunately, I think I might've gotten a little bit of food poisoning last night and today I feel quite awful...I went to bed feeling quite sick and woke up feeling even worse. I could barely stand without wanting to run to the bathroom but I sucked it up and went out to ride anyways.
Yankee was really really good for me even though I was a shaky, sweaty hot mess. We just did some stretching at the trot, cantered a bit and did some stretchign at the walk too. Then went for a mini hack around the drive. he seemed to understand I was feeling off and behaved like a total gem :)
ALSO, just got my MCPC pics in the mail. Bittersweet since I didnt even finish the event, but East Eventing photograpers never take dressage pics, so I just HAD to buy some... 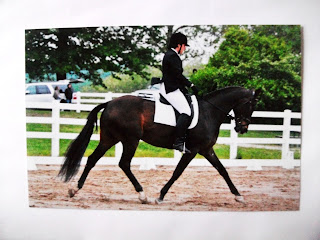 This looks kinda crappy cuz its a picture of a picture, but I bought it to frame it. This was our extended trot, which we scored an 8 on. At first glance, even to me, he looks on the forehand, but I feel he really isn't, even though he could be a touch more engaged.
His butt is lower than his withers and poll, if only by a few inches. BUT, his hind legs are trailing by a bit and his hind legs SHOULD be touching the ground as the front takes off, not vice versa. This lets me know he needs more engagement, even though his front looks really nice.
My position sucks ass and I'm not even going to make excuses for that, go ahead and tell me again it sucks, haha 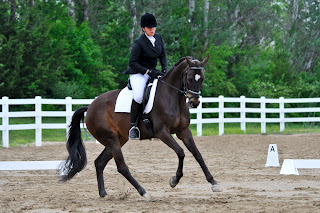 This one is ah-mazing (to me at least-die hard dressagers might have some massive critiques, but to me its beautiful).
I wanted to get a big one of this, but 4x6 was $20 and anything bigger was out of my price range. I decided on buying the online version since I post tons of pics to FB and Blogger.
This is a photo of our extended canter circle and I love it. He is so engaged with his hind end, and look how uphill he is! WOW! And his tail...so dreamy.
Again, I realize, my position is not as perfect as is should be, but I make adjustments according to my horses' needs. At the canter, he apreciates if I stay off his back a bit more. Now, I'm not gonna go around in jumping position like I did when he was 4 and 5, but just a bit more forward works well for him, don't care what anyone says. If I "sit back" I feel like I am just pounding his back and making it worse. As you can see, he goes wonderful for me in this position. Still effective and we still score well. Whatever, haters.
Overall, I can say I am extremely PROUD of my horse. Not even 6 years ago, he couldnt even go around on cantact or walk without rearing or canter without bucking. I think even our "crappy on the forehand-ish" extended trot is a major win! I don't care what anyone says, we have come a long way, and since they don't know that, some automatically judge us for that! Others, recognize how far we have come and congratulate us and others who don't know either way usually compliment me anyways on his looks, crazy pony or not.
I love my horse.
June 4, Jumper Show (hopefully to help me get over my fear of jumping, entered in the Grand Prix, and Jumper Classes  level 1, 2 and 3)
June 10-12 Queeny Park HT
Posted by Checkmark115 at 1:31 PM 8 comments:
Email ThisBlogThis!Share to TwitterShare to FacebookShare to Pinterest
Newer Posts Older Posts Home
Subscribe to: Posts (Atom)