I know in blog land there's the great debate over keeping your personal life separate from your horse story, but I fully believe they are intertwined and you can't really get one without the other. That being said, I generally do not reveal many details about myself because I'm not as interesting as my horses and we all know why we are here...

And this  whole blogging adventure does start off with horses and end with horses, but sprinkled around in there is my story too.

Not always the easiest thing to talk about yourself and your struggles and make it interesting without sounding like bragging, but I'm going to try.

Lately though, I've had a few people ask me "how I did it" or "what I do" so I'll get into it for a minute.

If you aren't interested, I won't be offended. But working out is an huge part of my life now & the story behind it is important to me.

So this starts off a long long time ago when I was just a young whippasnappuh in high school, 2 years younger than everyone, had no boobs and was a size 0. I still thought I was fat. Because I was a teenage girl.

Then, I got boobs, hips and some confidence...and still thought I was "fat" because my hips now made me a size 9. 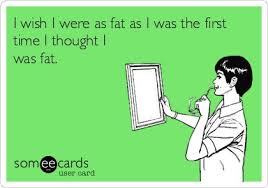 I will tell you, I am not a "tiny" girl. Maybe as a freshman in HS, but after that, its history. I've been told before that "I look sturdy". This is accurate. I'm also not short. At almost 5'10, I'm well over 6ft in heels and look awkward on any horse you put me on. I'm also not light. At a healthy weight, I'm about 165lbs. Yes, you read that correctly.

But I was always skinny. Always fit. I ran track, rode horses, did barn work and was my parents yard slave. I never had to "work out" to maintain that.

I always wondered how some women could be 5'8 and like 110...I would look like I was dying.

Muscle does weigh more than fat though.

You know what also weighs a lot? Fat.

I gained a LOT of it my sophomore year in college. 40lbs to be exact. In less than 2 months. Putting me well over 200lbs.

I denied it for a long time. Just wore loose clothes.

I had an "excuse" but really that was no excuse. (I severed my achilles tendon and was on crutches for 6 moths).

And then I just kept it on...for a long time.


I learned something about myself in that time frame.

I am exceptionally lazy.

Try as I might, I have a really hard time making myself do unpleasant things. Like working out.

"Oh just one more bag of chips its fine, one more cookie, you'll run it off tomorrow"

If I even made it to the gym in college (generally it would be me going "well I walked to class today and took the stairs, thats at least 1000 cals burned and I rode yankee & did stalls, so I'm good. yep I'm good, lets eat Wendy's for dinner because MMM SALTY GOODNESS I DESERVE THIS I EARNED IT")

I would generally talk myself out of a workout before I even set foot on a treadmill. Or sometimes I would "run" like 800 ft and be like WHOOO I DID IT BYE.

I made so many excuses. I told myself I had too many old injuries. Too sore of joints. Too afraid to damage them more.

And then I moved home and got a boyfriend who did Crossfit. A mother that did crossfit as a certified coach and a brother who was a motherfuckin monster badass at the crossfit. 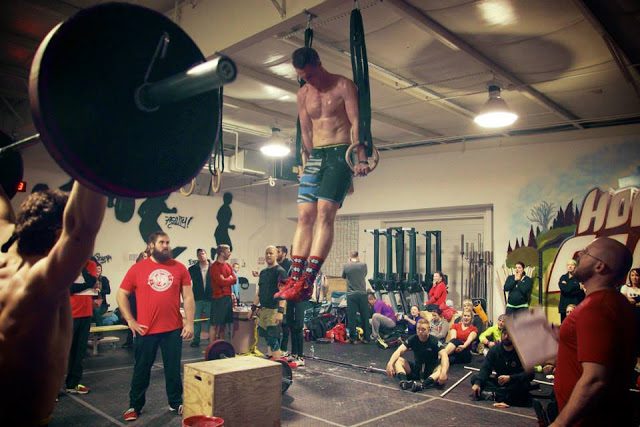 I couldn't escape the crossfit.

I was so against it. Crossfit people are douchebags.

I want to be sexy again.

(sidebar-- I also wanted to FEEL good again, but didn't know it yet)

And then, the BF (now ex) convinced me to do a Crossfit competition with him. I caved. I signed up for Crossfit. I shelled out well over $100/mo for a box (aka crossfit gym). It sucked. I sucked. I hated it. But I still went. I had a goal. I wasn't going to fail. 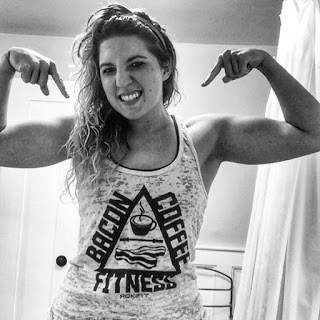 I'm fiercely competitive and that helped in this case.

Also, CF boxes have coaches. Everyday. There, in your face. Making you do the workout. I needed that.

And I dropped like 10lbs. I started to see muscles where they never were before. I wasn't dying when I rode my horses for extended periods of time. That fat under my asscheeks was going away. Things were lighter. My boobs were going away!

I was starting to wake up everyday on my own. I was going to the gym. I was putting the work in. And it was showing.

Then I really cleaned up my act. I spent days researching paleo diets. Its all CF people talked about. What was this mystical diet they spoke of?

After 1 month eating paleo and going to the gym 3 days a week, I dropped 8 more lbs. In general-I dont eat anything processed. I rarely eat sugar. I stay away from anything in bags. I eat whole foods. Fresh. All the veggies I can manage. Lean protein. Good fats. I hate it. But thats what cheat meals are for! ( I LIVE for Friday and saturday nights)

I was getting STRONGER. I was starting to enjoy it. I felt capable. I felt powerful. I was making progress.

And then the BF got hurt. One week before competition. We didn't go.

Then I got sick. Very sick. I missed the gym for a month.

And then the new year dawned.

I didn't make a resolution.

I still wasn't going to the gym.

It was cold AF outside. Couch was comfy. Sweats were warm.

Then I was dumped.

I was devastated. Its because I wan't skinny enough, I knew it. Me, dumped? It had never happened.

(sidebar--not really, he was a fuck)

In a kind of sick, twisted way, it gave me motivation. FUCK that guy. I would show him. I needed to DO. So I did. 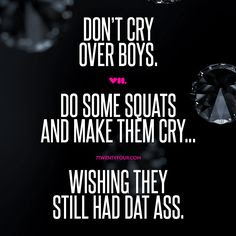 And so I went back to the gym. 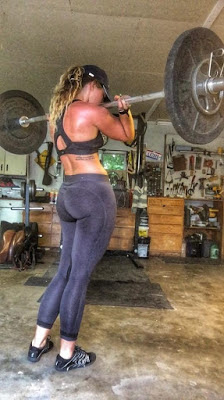 It still sucked, every damn day. But I had sparked something inside me and I wasn't going to give up. Enough was enough! How long had I sat around and felt sorry for myself for my stretch marks? For all the assholes I dated because my confidence was shot? For all the "fat jeans" I had to buy? For all the summers I spent indoors, not at a pool? TOO MANY.

So I did it. I made goals. I wrote them down. I stuck to it.

But I learned that I need that push from someone else and I'm not afraid to admit it. Thats why I love crossfit!

Let me tell you a little about the cult...ure of CF. 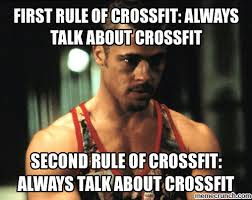 At first I hated it. Literally, Crossfitters do.not.stop.talking about it. And some really think they are hot shit and above everyone else. I could not get into it. I HATE people watching me work out. I do NOT like being cheered on. I HATE not being as good everyone else. But after a while, you learn that everyone started where you did. They are not judging you and theyre all there to help. Even through the injuries, my coaches helped me around them. Made me stronger. Helped me overcome.

The key is finding the right box, but when you do, its magic. 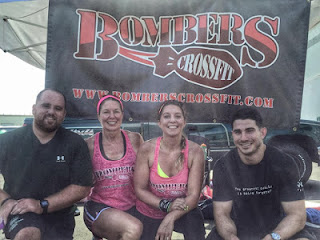 I LOVE my CF family. They are my support group, my net, my backbone. They see it all. The success, the failure, the sweat, the blood and the tears. And its ALL there. I've ripped my hands open during a workout, bled all over the floor. I've cried actual tears because it was so hard. Wanted to die, wanted to quit. But they're always there, cheering you on or standing right by you. And I always come out on the other side feeling stronger, and better about it.

There's nothing like hitting a PR (personal record) on a lift. I'm addicted. What doesnt challenge you doesnt change you! 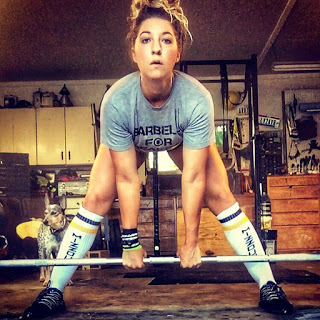 For me, I needed the kick in the ass to make a change. I needed to be told what to do, to see the change to motivate me.

Its always changing. Its never boring. Ever! Doing the same thing never worked for me; some form of cardio, either a bike or treadmill then leg day, ab day, arms, back. BORING.

Didnt do jack for me.

There's some workouts that are only 8 minutes long! And then there are some that take 45 minutes. There are groups WODs (workout of the day) and partner WOD. I love that I can be in and out of the gym in an hour or less and get shredded in that time. Completely destroyed. And then, results are made. Its glorious. 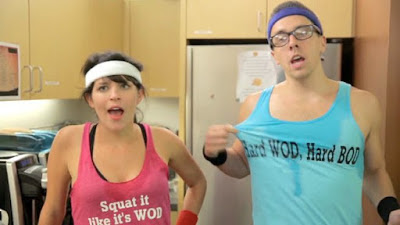 Recently, besides just feeling amazing, I signed up for a competition with my mother. I was terrified to perform in front of a huge crowd. But it motivated me to keep going on the days when I really didnt want to get up.

Even on the days I didn't go into my box, I still lifted at home. "Results, or excuses" I always tell myself. 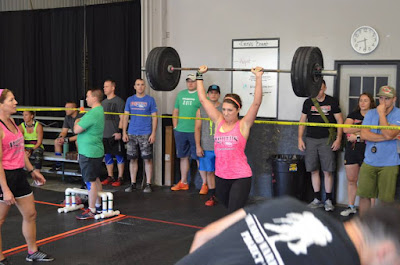 It was a new experience, but I am glad I did it. 2 years I could not have even done half of what I did in that competition. I also hit a Clean & Jerk PR of 118#. Thats 118 pounds over my head and holding it there. 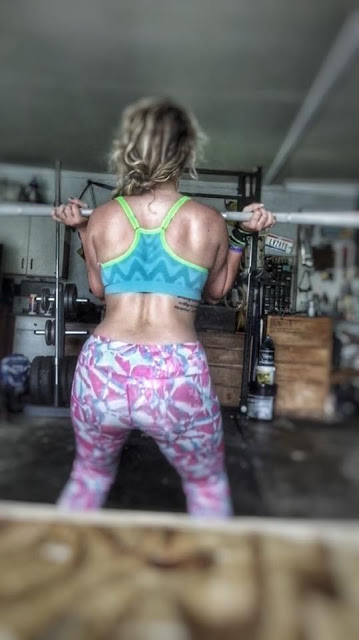 1 year ago today I couldn't even put up 65#. THATS HUGE. Thats progress. 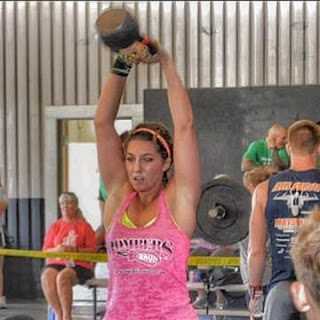 And you know what? Riding is easier. I'm so much stronger. I'm rarely tired. My joints don't hurt as much. And I've lost every pound of fat I gained.

A lot of it has to do with my diet, but CF really has changed me. I'll never look back. Someday I would love to get 150# over my head. 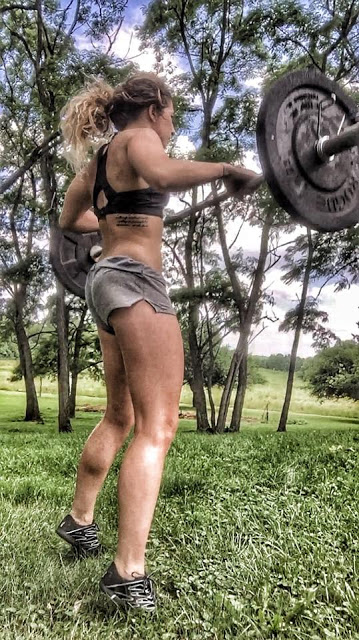 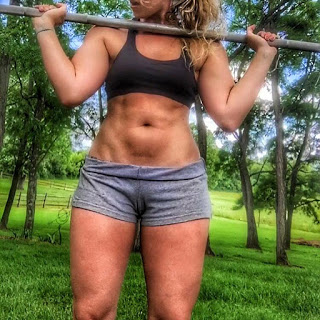