First, I had to actually DL a video editing app. SO many to choose from.

[[I bought the new iPhone 7 (well, traded my 6 in) with EXTRA extra storage because no matter how much I deleted from my old phone, I NEVER had room. Therefore,  I used  to film on my SUPER shitty OLD as fuck iPad, edit, convert then upload to YouTube. Aka took literal hours for one shitty video. And they were always shitty and I hated them. Then said iPad got so old that it could no longer sync with YouTube or my mac and therefore, all my unedited video clips are lost in iPad space. WHOMP WHOMP.]]


I ended up paying for one  called Videoshop because it had the best reviews and I know I won't use it just the one time now that my technology and storage is up to speed. 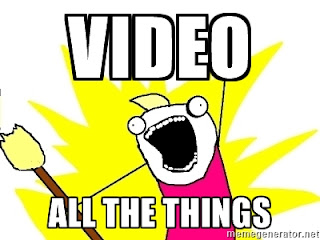 Anyways, I bought the app for my phone because I JUST figured out how to get pictures to my Macbook.... I don't think I could get videos uploaded AND edited. I am ancient when it comes to technology, okay.

Meaning, all I could figure out how to do was mash clips together and add some music. It took me LITERALLY 30 minutes to add 5 words of text to the video. I ended up deleting half the clips and had to re-do it and re-add text because I am actually retarded.

Don't get me wrong, the app was super user friendly. But I am not most users.

I even filmed all the clips horizontally like you're supposed to, and they still showed up in the app as vertical and dumb ass me couldn't figure out how to flip 15 clips without deleting it all.

Regardless, two hours later (45 minutes for the upload on our country ass slow ass internet) we have a semi-OK 5 min YouTube clip thats more recent than shit from September.

It starts off with some flat work from my lovely friend S, who came to visit a few weeks ago. Then super friend L who put him through his paces on the flat and over fences Saturday in the pouring and freezing rain. I was bummed we only got footage from the indoor, but this Saturday we are hoping to get something from outside. Unfortunately its supposed to monsoon for the next 6 days, including Saturday, so we will see.

Luckily, I've had a few people share the video on FB and its been viewed a few times more than normal, despite my struggles with mashing it all together and how crappy I think it is in the end.

So. Do any of you have tips and tricks on how to make a video. What apps/editors do you use? Can you give me a tutorial? Do you have a  few hours to spare?
Posted by Checkmark115 at 9:58 PM
Email ThisBlogThis!Share to TwitterShare to FacebookShare to Pinterest