Considering that I've exclusively ridden OTTBs for the better part of 8 years, and basically forget what its like to ride a non OTTB (not complaining) I dub most things my wacky horses do as "TB Moments"...whether or not they are actually an "OTTB Thing"...eh, well. Yeah.

Routinely, I set my alarm for 6:15AM to "avoid the summer heat" but instead re-set my alarm sleeply about 15 times until I actually roll out of bed around 9AM. My excuses are that when real person job starts I will never get that pleasure (SIX DAYS EEEK), AND that this summer has behaved like spring, so no need to get up early to avoid heat.. Meaning, its never gotten above 78 degrees. Yes. Stay in bed.

Sadly, summer came down with a swift steamy fist this week and its the hottest temps recorded all summer. I'm sure you are all well aware.

Realizing this the other day as I headed to the barn at 9:30, I almost gave up the notion to ride that day.  I leave for TN on Friday so whats the point, I had mountains of work to do for real person job, and I really didn't want to shower again.. blah blah (I'm excellent at finding ways to not ride in the heat). But I trudged on to the barn to tack up my first victim horsebeast. 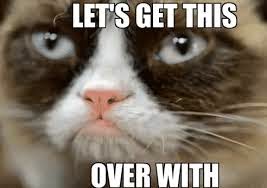 Pulled Bacardi out first and to my great displeasure, but no surprise, found a wonderful new almost- gash on his LH hock. Of course.

What a baby OTTB thing to do.

Bacardi is special though. Oh so special. This isn't the first time he has harmed his LH hock. In fact, its happened about four times before this and I am seriously perplexed as to how this keeps happening on the SAME leg. And on WHAT exactly.

Typical baby OTTB. I remember when Yankee was a baby and got himself injured on mysterious objects weekly. Once, I found him with both front feet stuck THROUGH the "horse safe" metal weave wire fencing.

His hock was HUGE and hot, but he wasn't lame. I still played it safe and hosed it for 10 minutes.
And no riding that guy. Almost threw the towel in there. I was drenched just dealing with that and hadn't even touched ass to saddle.

Went to go get Yankee out and noticed he sounded different on the barn floor. Clip-clop-clip-.....

Yep. Missing his RF shoe...A-FUCKING-gain. That makes 6 times in 3 months for the RF, and 8 times total (considering his other feet) in 3 months.

Dear god what has my life become.

I opted to ride him anyways because he was not lame, and normally goes fine on grass with a missing shoe. Plus, I was already drenched and miserable, so why not.

I had had the hankering a few days ago to toss the double on him, so I dug out my bridoon and weymouth and tacked him up for a light, but more involved schooling sesh.

He was exceptional at first. Started off giving me the most beautiful stretchy trot. Relaxed, forward, and light. It had never felt better! 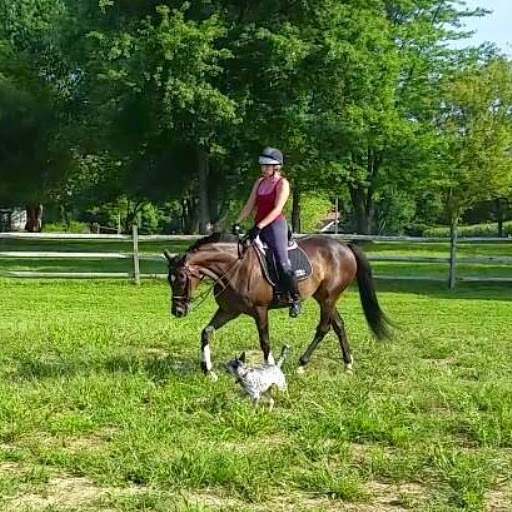 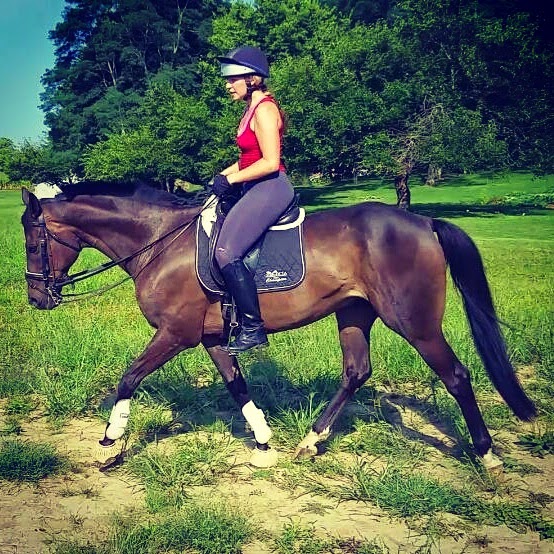 When I collected him up, he was ready. He shortened his frame, but continued moving out actively behind. I was impressed, since his trot is normally his worst gait. We continuously battle to keep impulsion & energy at the trot & stay rounded through the contact and not just "tucked". But he was really wonderful, accepting the double with light contact.


Once I got him working nicely, I played around asking him to shorten his stride, and lengthen it.

His biggest issue is not rushing in the lengthen and maintaining the upward energy in front. German Rider Jessie was AMAZING at getting him to lengthen and we need a refresher from her hardcore. I MISS HER.

Still though, Lovin that hind-end action and his relaxed frame of mind..

The canter work was wonderful...at first 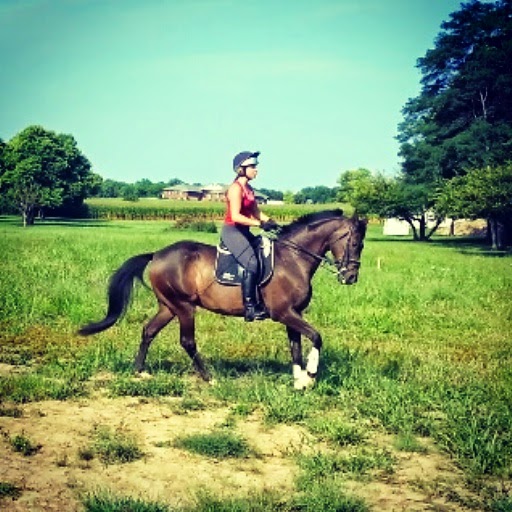 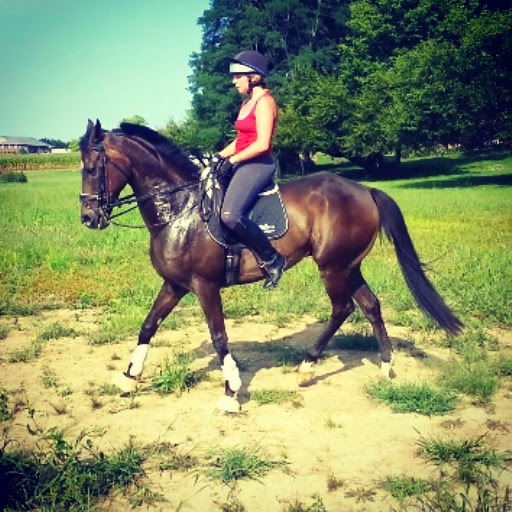 For the most part her was very compliant. I completely dropped my curb rein to avoid extra stress on his fried brain for the moment. After a few sketchy passes, he relaxed a bit and started giving me more swing in his hips. He was a little dull to my leg (I ALWAYS wear my rounded rubber spurs for lateral work) but otherwise, it did the trick.

He calmed down, straightened himself, and stayed forward.

Not sure what it is about lateral work, but it does something for him.

Thought it was safe to ask for the canter again. Plan was to get one good transition and 20m circle each way and call it a day. No need to overwork.

I guess cantering was not in the cards after attempting a flying change and I gave up after some of the most ridiculous shenanigans I've seen out of Yankee since he was a four year old.

"Canter? WHAT IS CANTER?"

To say I was frustrated is an understatement. I will never grasp how this horse can have some tremendous backslides after all this time. its not like he doesn't know how or is incapable. Its like he literally cannot brain.

I went through my checklist. Everything was the same. Even the double I dismissed because he's gone in that before MANY times and he was going fine up until the flying change.

Perhaps changes will just never be in our bag of tricks.


Posted by Checkmark115 at 7:34 PM 5 comments:
Email ThisBlogThis!Share to TwitterShare to FacebookShare to Pinterest

Considering I haven't ridden in days and have no new material, and I like to jump on trendy trains, I decided to hit up the Informal Blog Hop.

I recently did a little blogpost about Bacardi and his 12 week transformation so staying true to the theme, why not throw in Yankee too?

I got Yankee as a bright eyed bushy tailed newly turned 4 year old (literally, had just turned four) and he was a bit cray. You can read more on his "about" page. It took us over a year to get to his first show. I believe it was in late 2006, or early 2007. 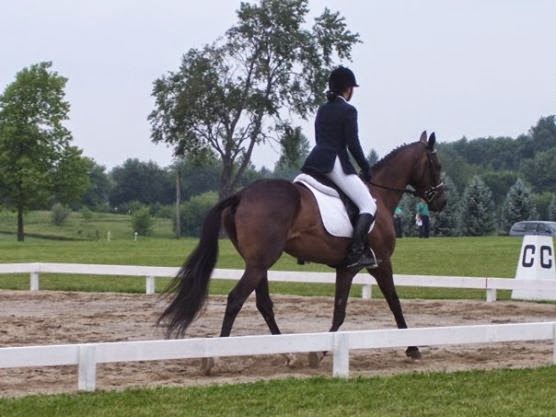 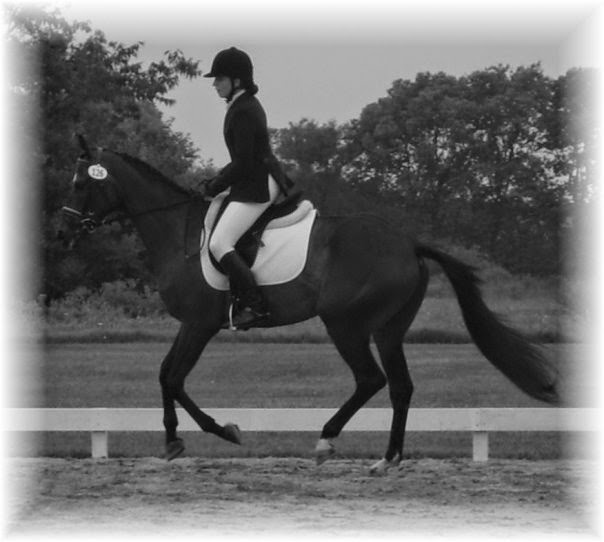 Nice. This test was wonderful and full of sqeals and bucks. I specifically remember the judge commenting, "lively". HA.

I have better pictures of his progress, but these are from our last dressage show together that we got  pics. Show Me State Games/ USDF Team Champs. 2nd level. July 2013. 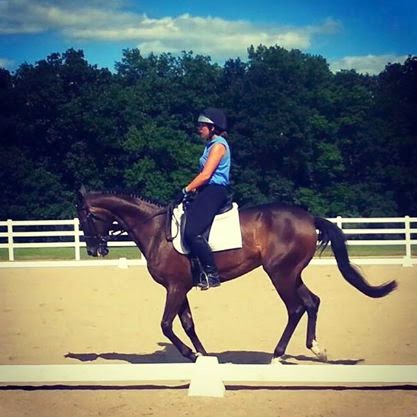 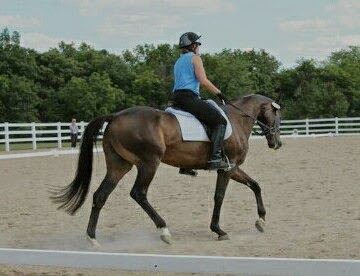 I have one pic of his first showjumping course over BN, in 2007. Sadly, this was before the "age" of the technology explosion, so we hardly have any pics from his early years. Only the ridiculous overly priced profesh pics taken at the shows.

Jesus, we are both so little and adorable.

I don't have any recent and decent showjumping pics, even though we did 3 shows last year over fences, but here's one of him jumping 5ft last summer. That's a lot of height in 8 years. 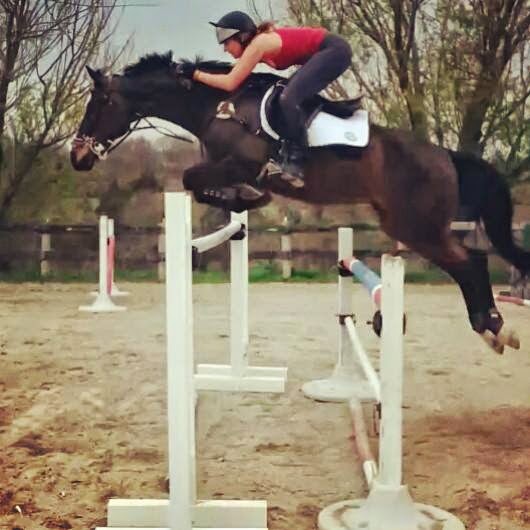 So proud of this horse! 8 years is a long time to ride the same horse and I couldn't have asked for a better companion over the years. Love those OTTBs and their willingness to learn! 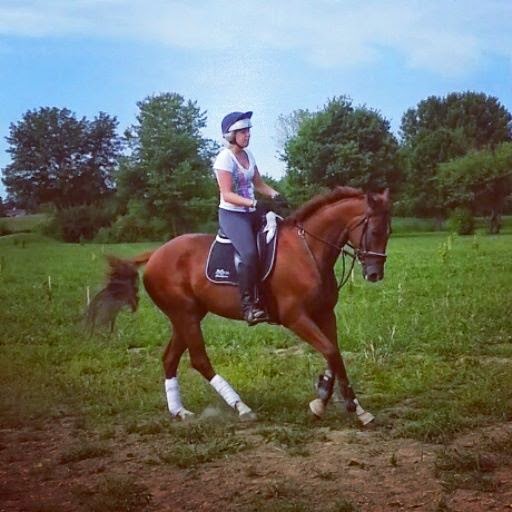 Posted by Checkmark115 at 9:32 AM 6 comments:
Email ThisBlogThis!Share to TwitterShare to FacebookShare to Pinterest
Newer Posts Older Posts Home
Subscribe to: Posts (Atom)