I was quite embarrassed this past weekend at the show that my 10 year old event horse did not know changes and seemingly every horse around me did. I also have friends who have much younger horses that know changes. This was unacceptable.

I've tried in the past, but everytime he just gets so uptight (as you can see in the video below) and I don't know what to do with him. Plus, he is perfectly content counter cantering all day. Also, since I've never ridden a horse whose been trained with changes, and I've never trained one myself (Spirit had natural ones), I have NO clue how to do it PROPERLY. I know the gist, but I don't know the specifics.

Enter my lovely lessee :) She has trained several horses changes, since she comes from the jumper world. Yankee will most likely never need changes for the dressage ring, but for jumpers, I think it will make everything much smoother.

First she warmed him up, and I got some pretty good pics. 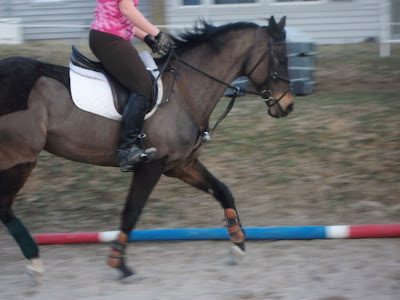 I adore how relaxed he is here 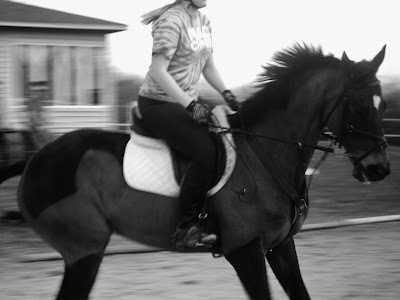 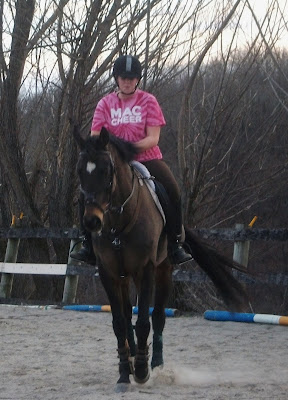 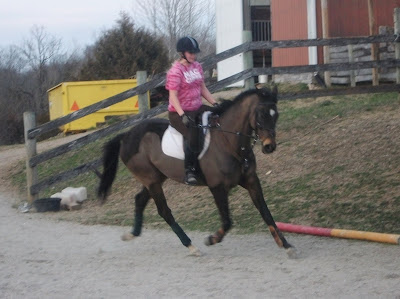 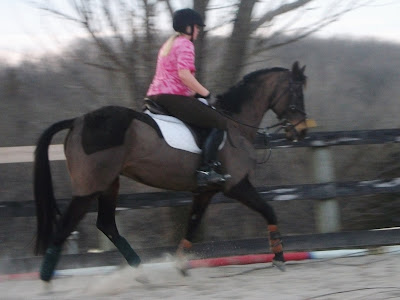 God. I am in love with my horse.

Then we tried a multitude of techniques. As an OTTB, he has natural tendencies to be on the forehand. So, we backed, then asked for halt to canter transitions. He's pretty boss at those.
From there we did simple changes each way. He is also very good at these. And from there Jackie tried to work her magic...

It may be his OTTB nature, but he gets quite worked up. Poor baby. He wants SO badly to do well and he works his tiny brain so hard to figure out what we want. He can get R to L easily, since he was taught those as a 2 year old, but they are fugly. Must fix. L to R is much harder for him and he never once got it fully. I know he understands though, and was trying. Needs to be a bit stronger too. 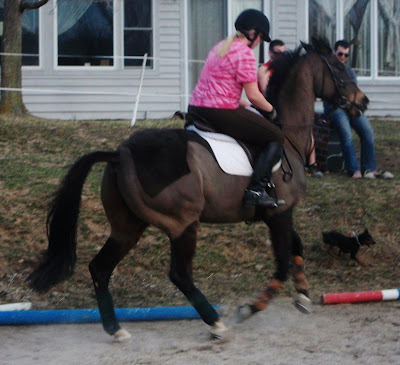 Halt to canter transition. Look at those muscles :D 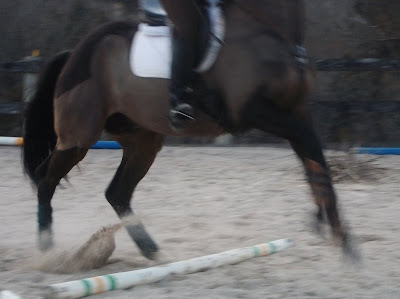 Flying change over that pole! 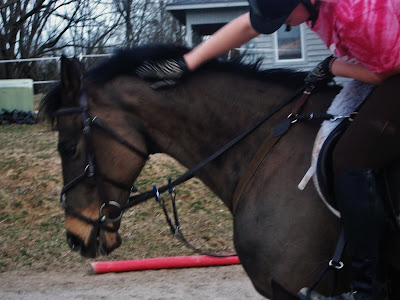 Pats for the worried OTTB 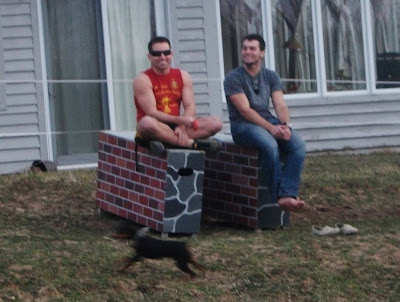 Our boys hangin' out :) Aren't they just awesome? And the Vin Pin blur, Aaron's doggie. 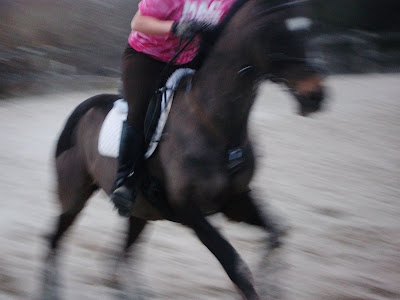 We took him for a gallop to reward him. He LOVED it!!! 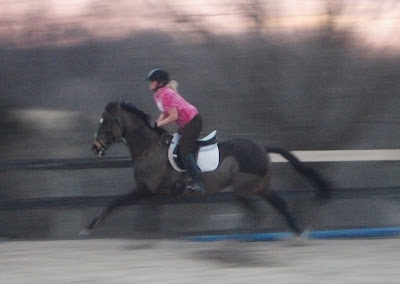 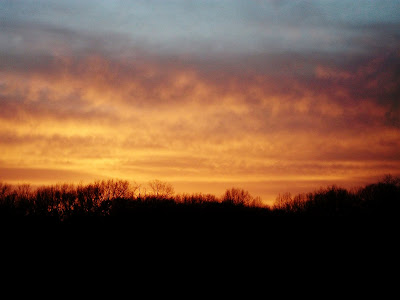 Sunset after a successful day

Upcoming news:
*I'm going to FL on the 23 for 6 days and Jackie is headed to VA, so Yankee will get that time off. I'm sure he will be just fine with that.
*This weekend I am riding in the Claudia Minser being held at my barn. I haven't done a clinic since I rode with Darren C. in like, 2007. HOW TRAGIC. They are just so damn expensive though. Claudia is only charging $70 though, and I thought I could swing that.
*March-dressage schooling show?
*April 14-15- dressage schooling show for me and Jackie will do a CT
Posted by Checkmark115 at 8:54 PM 7 comments:
Email ThisBlogThis!Share to TwitterShare to FacebookShare to Pinterest

That Hansen is So Hot Right Now 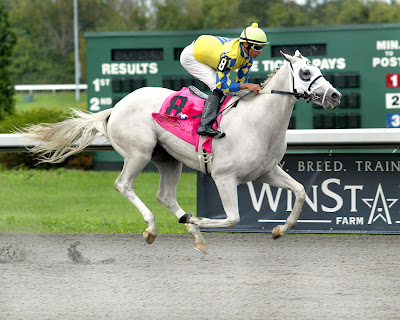 Can we please talk about how sexual this colt is?

Say hello to Hansen, a 2009 colt out of Storm Cat and Seattle Slew lines. I think I'm absolutely in love with this horse. Not only is he a BOSS (currently undefeated) and raking in the $1.4 million dough for his owner, also named Hansen, but he is basically one of the most jaw-dropping creatures I've ever seen.

Second favorite for the Derby. I WANT TO GO.

I discovered him off the New Vocations website (I adopted Yankee from there), since I am currently OTTB shopping. His owner, Hansen recently donated $12,00 to NV which is pretty much the coolest thing ever. My parents donate every year in Yankee's honor, so I can relate.

NV always needs generous donors since they are non-profit. Last year I believe they helped place over 400 OTT horses and over all over 4000. I adore NV and will always and forever continue to support them through bragging, donations, reppin' and adopting.

Hansen plans to donate a portion of Hansen's winnings to NV throughout the rest of this year, which should be a butt-load if Hansen does as well in the crown as he is predicted to. 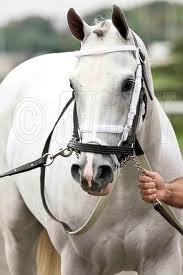 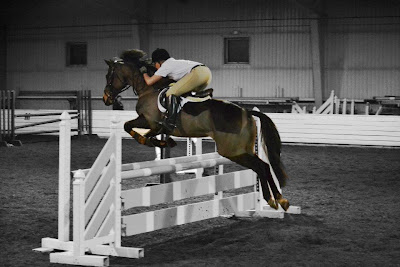 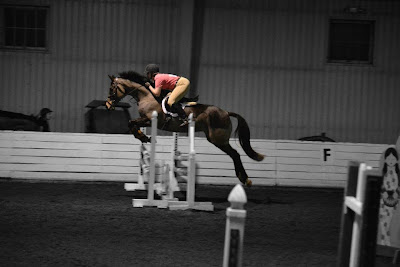 Jackie in the 3'3
Posted by Checkmark115 at 7:13 PM 10 comments:
Email ThisBlogThis!Share to TwitterShare to FacebookShare to Pinterest

What a tiring weekend. Good though, just tiring. Not only did Yankee show all day Friday (8 classes) and I was dealing with taping, and advice giving, PLUS riding in the 3'6 class, but I hauled a few friends to Saturdays Hunter show at WWU and basically groomed for them. Thats a tiring job too. Plus avoided studying for 3 days, and had to deal with the nagging guilt. OH MAN.

First, let me just say I've never been to a more DISorganized show in my life. Giving students free rein to run a show was a faux pas, and should never be done again. Jumper day wasn't as bad as hunter day. I wanted to smack a few hoes. Speaking of hoes, the WWU girls are quite bitchy, very opinionated and apparently like to eavesdrop. I think I got interrupted by a WWU girl opinion in MY effing conversation about 3 times, and their TRAINER had the audacity to butt in on my convo once too, in passing. What the eff. Have some class people.

Also, I've never seen such a bad collective example of poor riding, angry horses and injuries in my LIFE. Over two days, about 13 people fell off, few busted lips (horses rearing and bashing faces) and lots of brusies. One girl got bucked off, thrown against the wall and stepped on. OUCH. Another was riding this GIANT WB, and looked like she was going to fall off at every move he made. Eventually she did. I swear, these horses tripped or took a misstep and these people toppled. Entrance exams to this riding program must have been pretty lax. I was appalled at their lack of riding skills, jumping 3 foot and above. Numerous times I held my breath, watching these riders precariously hang on. Speaking of; their riding was so poor, they needed medieval bits in these poor horses mouths just to control them. These horses hated everything. Reared, bucked, ran through hands, tossed heads. It was so unfair, since they were magnificent animals. Almost all their Jumpers are GIANT WBs, trained like push button hunters. Flippin gorgeous. Pisses me off to see stuff like that. Rant, over.

That aside, I couldn't be more proud of Jankee (Jackie/Yankee); they both were on their game and they got second in every class except for one. Yankee touched a rail and put them out of the running. In the 3'3 speed class they beat out 15 other competitors, to only have one person beat them. Second place in a class that size, first time out together, is fantastical! I am a proud mama over my Yankeeboo, since he was calm as a cucumber. Not once did he get excited, or go crazy. Even in the warm up where there were cray cray horses running around and nearly missing him with kicks. When he wasnt showing, he was calmly waiting his turn outside the hectic arena. the indoor was heated (thank God, since it was freezing), and was contained within a HUGE building. Stadium seating, stalls, and free space filled the area around the arena. Try squeezing 20 horses into this area, it was cray. I was bursting with pride over my OTTB saint. Love that horse. 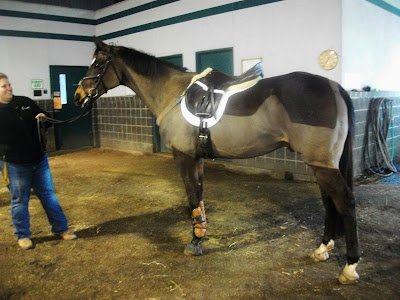 Hanging out next to the arena, looking snazzy.

The video below shows a few of the classes I taped. The first one they placed 5th. All the other ones they placed 2nd out of at least 8 horses. The jumper pairs is WICKED cool to watch too. Nancy and Jackie BEAST it. Enjoy.

SO yeah. I can gather that Jackie needs to make sure he is moving FORWARD and in front of her leg, or he is gonna drop those rails. Especially at anything less than 3 foot, since those are too easy for him and he barely even tries. The 3'3 class was her best, and they looked great! They are finally getting their turns down and getting their shit together :) I was PISSED about the pairs class. Nancy and Jackie got jipped. I KNOW they were faster than the winning pair, but since they were WWU girls, of course time got slanted their way.

OH FORGOT TO TELL YOU. What kind of show uses hand timers, FROM WWU no less??? What century are we in?? Of course they are going to slant the times towards their own girls, because they can. Thats why I think I lost my round. He was fast, and we were clean, but NOOOO I lost to a WWU girl. I still think we beat her, but whatevs. The girls taping thought they hadnt rung the bell for my round, but they just didnt hear it. Thats what they were discussing in the video, haha.

I would've done the 3'9 class, but that would have been class 9 for Yankee, and the footing was freaking horrrrrible for anything over 3'3. Even at 3'3, it was scary and in the second round, you can see Yankee slip going around a right hand turn. I was worried he would pop a tendon in the 3'9 class. Still BURSTING with happiness over how well he did :) 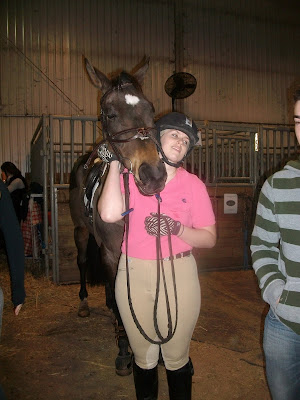 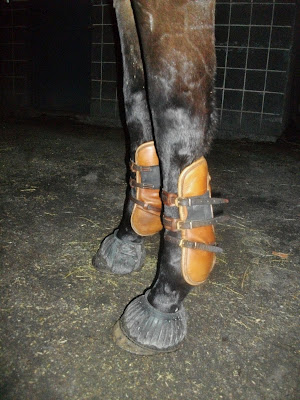 Can we talk about how AWESOME these Bates boots are? I won them on Ebay for $26. They are over $200 brand new. Um, boss.

I love Ebay so much. Looking for a Vespucci figure 8 bridle right now. It will come along, I know it. I know it.

Best part about this day was that our boyfriends came! Say whaaaa? YESH, they sure did! Aaron was more hungover than I was from his b-day party the day before, and came out and hung around for 7 hours. What a great guy! Ryan, Jackie's man, came too and kept Aaron company. they taped and cheered, just like any horse-show-BF should do. I think I'll keep mine :) 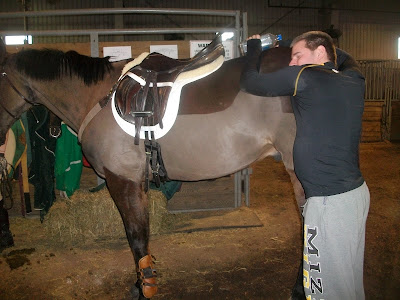 And for funsies, adding this picture of Yankee the couch. Aaron loves the Yankee. 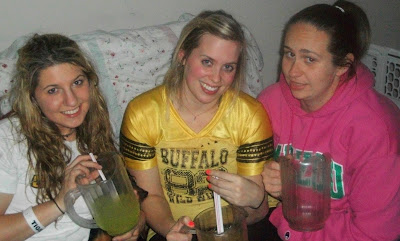 The 3 Amigos, celebrating our successes with our great ponies!

Nancy-far Right, won ALL of her classes on her Saddlebred, Coco. Um, yeah you heard that right, Saddlebred. He is awesome!
Posted by Checkmark115 at 1:55 PM 3 comments:
Email ThisBlogThis!Share to TwitterShare to FacebookShare to Pinterest
Newer Posts Older Posts Home
Subscribe to: Posts (Atom)