Its that time of year again.

Not a fan of lengthy posts, so I will keep it as succinct as possible. Also, it takes an incredible amount of energy to dig up old posts/ pics and re post and I just cant do recaps like some of you.

Sadly, we started off the new year with the death of my dear grandmother. She was a HUGE fan of mine and always came to my shows/supported my horse obsession. I actually can't remember a show in OH she didnt attend. Crazy its  been almost a year since she's gained her wings

I didnt do much in the ways of riding in January. We mostly putzed about and did a few indoor schools, but the MO winter was brutal. BRUTAL.

In Feb I travelled across the country helping my best friend move to LA and it was AMAZING. 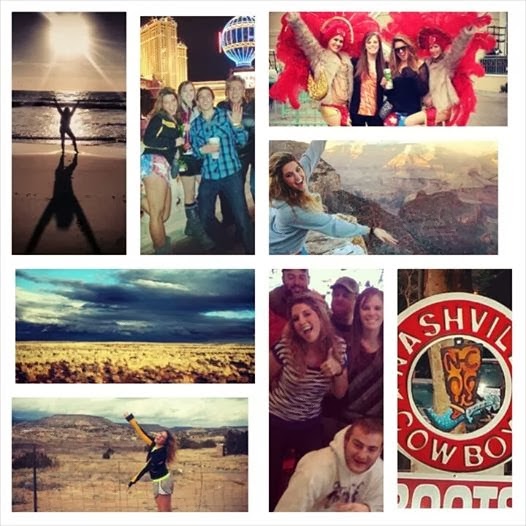 When I returned, German Rider began our Dressage boot camp and we buckled down and rode hard for the remainder of February, prepping for the Spring Dressage show. 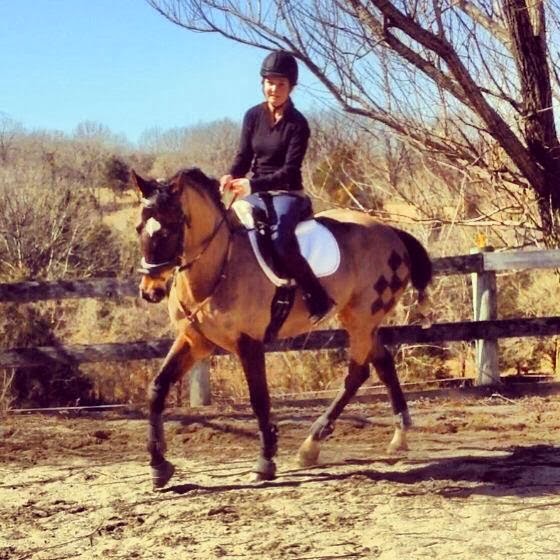 In March, Yankee and I continued our dressage training, but also BEASTED out at a jumer show. Not only did we win 3 classes that were over 3'3, and secure a fourth place in the 2'6 class, but we were GRAND CHAMP and won a saddle pad. I was beyond stoked. I had never won anything besides a ribbon before! OTTB power! 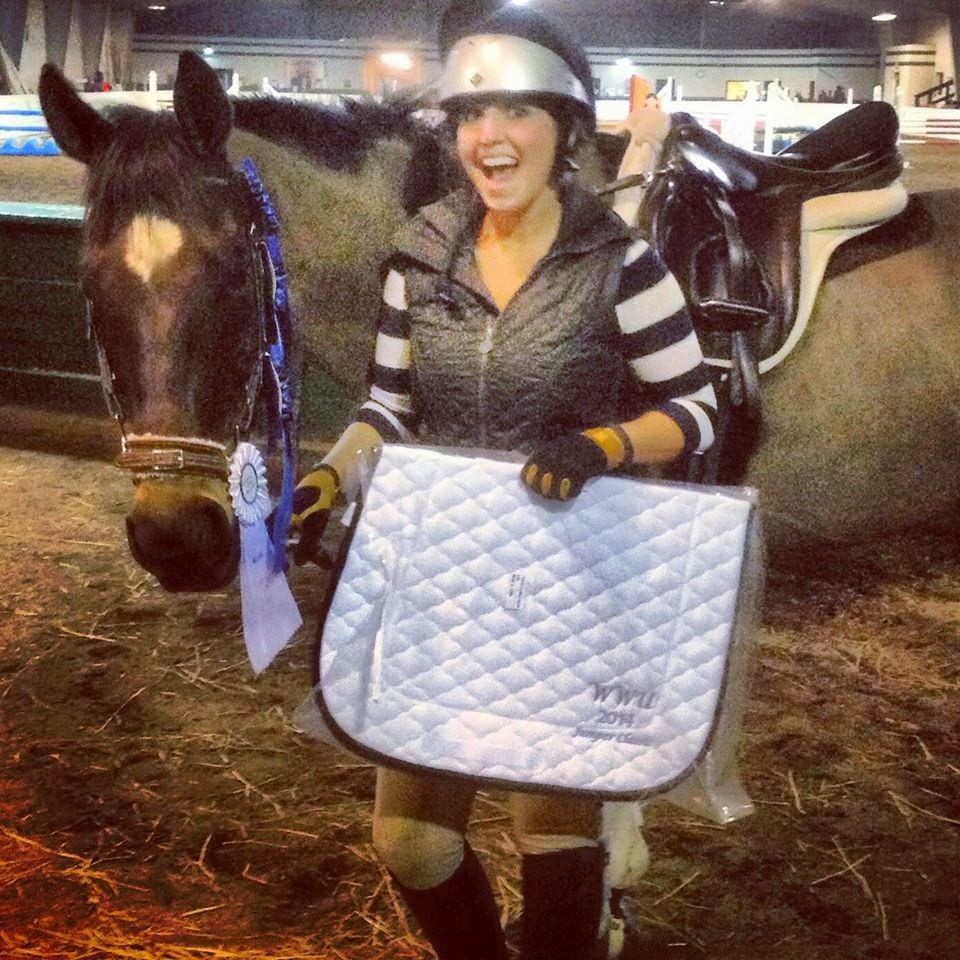 In April, Yankee rolled on to win it all at the Spring Show and cleaned up! Not only did he win his 1st level class, he also was 3rd in the 2nd level class and snagged the TIP Award for 1st level. Couldn't believe it, another saddle pad!! TIP is the Thoroughbred Incentive Program, and its given to the highest placing OTTB at that level. 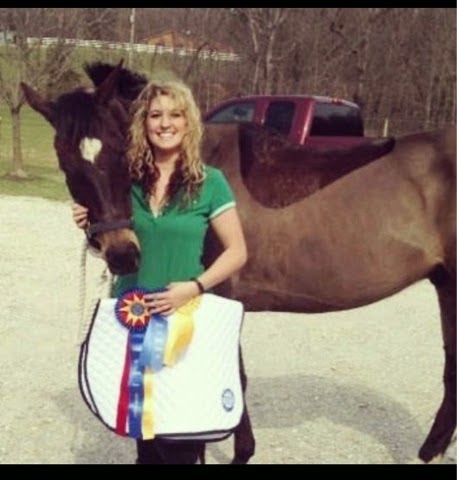 We also cleared 5' for the first time and I almost shit my pants. 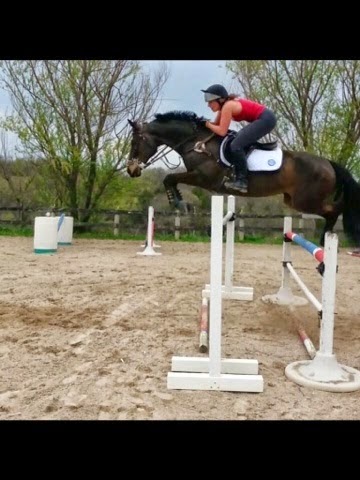 May was a month of insanity.

Personal issues arose, my life crumbled, I met TWO loves of my life (Bacardi & The Boy) and I moved to OH after almost 6 years in MO. Its was scary, but the right decision.


In June we brought yet another horse home! She isn't mine, but we board her here and she serves as a mount for my family and The Boy when we go on adventures. Her owner rides her too on occasion.

I struggled to buckle down and ride once the weather was set to incinerate. But I was happy to have 3 horses to work and a new baby on the farm! 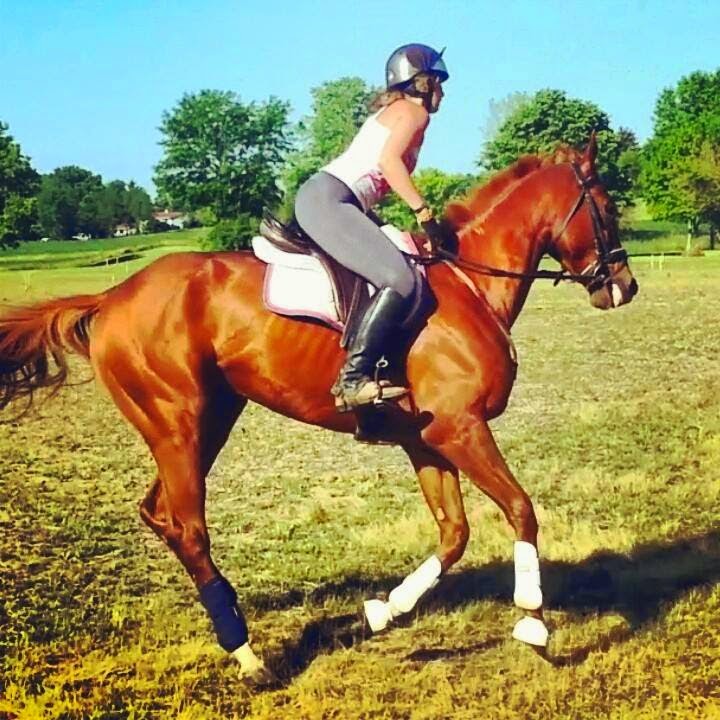 The end of June/ beginning of July the "great Thigh Injury" occurred and put me out of commission for 3 months. Read the Synopsis here if you missed it. It was horrible, and painful, and tragic and I wanted to die. I was being over dramatic, but I had only had B ONE month before the injury, and there went ANOTHER show season-just like that.

I spent the majority of July-September being a real grouch and not minding the doctors orders by riding my horses with long stirrups and going on hacks. I also lunged the boys every other day in sad attempts to keep them in work. The fact that I couldn't walk was a little shitty though.

In August I had surgery, not related to my leg, which was equally as fun. So naturally, my dad and I went on a trail ride abut a week later.

Yankee also got a spot of colic. My year was really panning out! 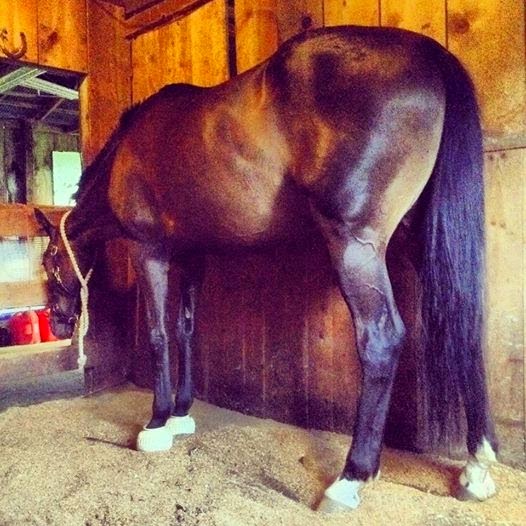 I started riding Bacardi lightly, much to my legs dismay, but he was really starting to learn how to be a dressage horse! 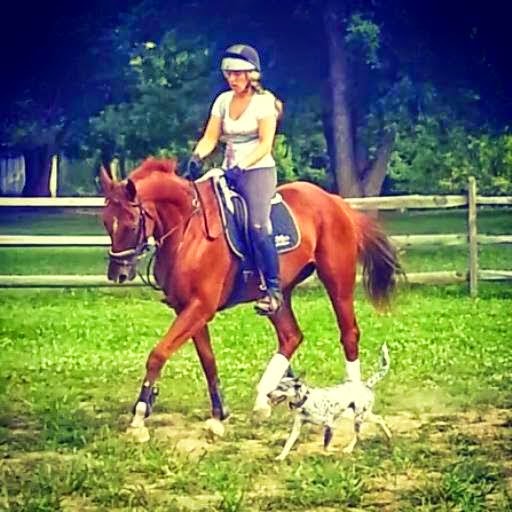 In September, the great shoe debacle occurred. Basically, both my horses were lame for a month and it boggled my mind as to why. Yankee was losing shoes like crazy and B was lame. It was fun. 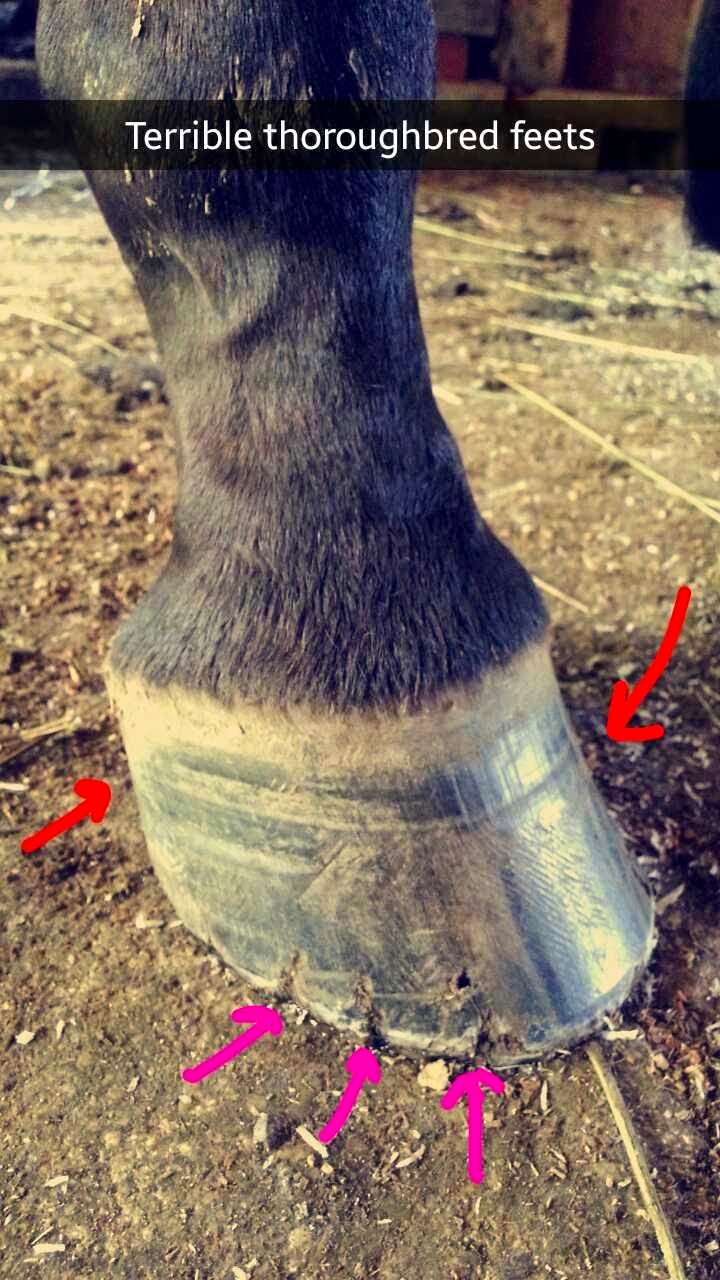 I did finally get B to load in the trailer though!!

October was mild. I worked Bacardi a lot and he was getting better and better. I rode Yankee occasionally and it killed me. I also started "What Do Wednesday's". We also got 3 tons of rock put into our pastures near the gates and doorways. *AMAZING* 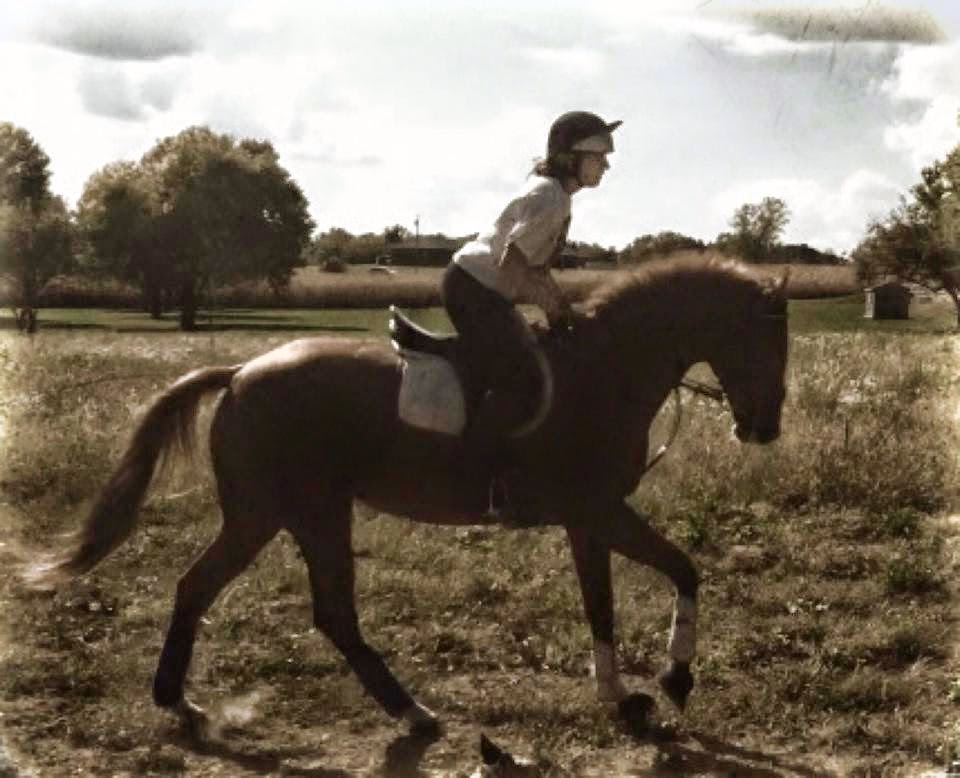 In November I clipped the horses for the first time, Bacardi and I struggled to work well together over jumps and I dabbled with Yankee. 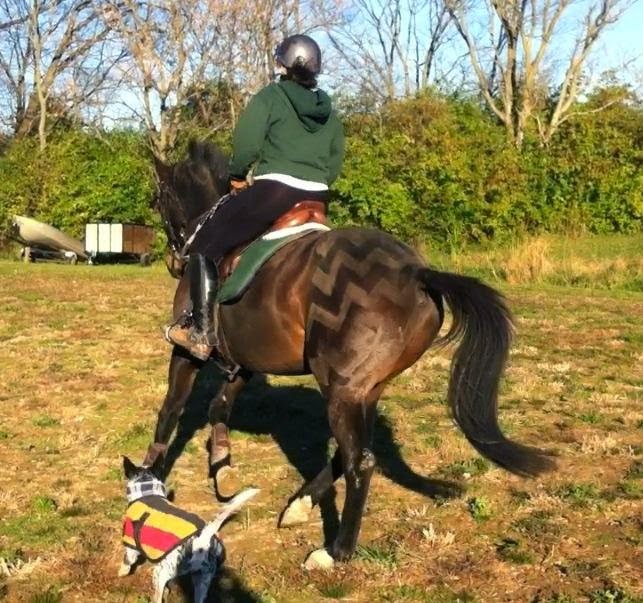 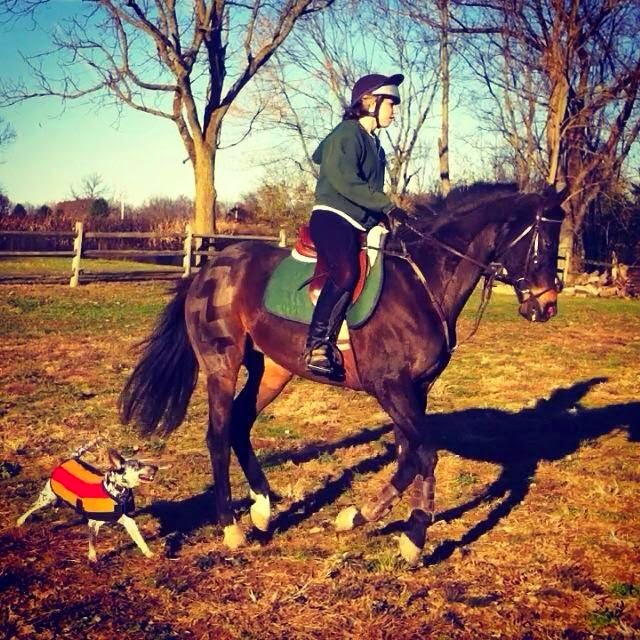 I also announced that Yankee would be leaving for Kansas to event with with Stiver sisters.

Bacardi took his first field trip to an ACTUAL arena and it was wonderful! 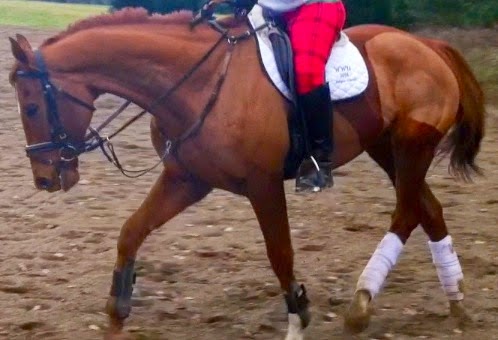 December Bacardi lost his damn mind and we struggled to get anything besides spooking done on our rides. I'm sure you all know about this.

And yeah, here we are!

What a tumultuous year. If I had to pick one word to describe it, that would be it. Ups & Downs and inbetweens. A lot of frustrations, but so many new beginnings! terrible luck, but so many things to be thankful for!

Also, I wanted to share this with all of you, sort of my "year wrap up" victory/Transformation Tuesday.

Our newest confo/weight gain monthly picture, in comparison to when he first came home.

I had no clue just how much he's changed for the better. I could stare at this picture all day, for real!

Here's to a new year!!
Posted by Checkmark115 at 3:17 PM 11 comments:
Email ThisBlogThis!Share to TwitterShare to FacebookShare to Pinterest

First off, love all of you for suggesting nix the alfalfa. I think that might've been key. We will revist momentarily.

Second, for those of you that suggested Magnesium, he's been on it now for 2 months. As well as Vit B1 because I heard that helps the Mg. I don't know how long it takes to actually see a difference, but he's on it.

For everyone else, thank you for your condolences on his shitty behavior. This is why I love blogging. Virtual support groups that legit understand my ass pain!

Back to the alfalfa thing.

After more than a week of no alfalfa, I do conclude it had the effects of giving a toddler candy. Everyday. For weeks on end.

I dont know if its truly the alfalfa, or the new bit, or the weather change, but B was an absolute angel today. Minor spook (yes, singular) at Levi running around like a psycho, but otherwise a total doll.

He just so happened to lay down in a mud PUDDLE right before I came out. Which was really annoying. How do I know? He was literally dripping mud. Dripping. I fucking hate winter. Didnt even attempt to mitigate that issue and said fuck it, riding you with big mud splashes up and down your right side.

Other than the mud, couldn't have been happier with the red nugget. I'm hoping it was the absence of the Alf making the difference, because if today was a fluke I'm back to square one and scratching my head. Who really knows with horses though.

Oddly, its 30* colder than it was last week and he's BETTER behaved. So really, whats the explanation on that one, ha.

All I care about is that, for once, an almost perfect ride was had.

We hacked down the road for a bit and he was perfectly content on the buckle. No jigging, no dancing sideways, no snorting...NO SPOOKING.

I trotted him on the buckle up and down the road about a 1/4  mile near my house for a few laps, since that was the only solid ground to be had in sight. Then we ventured out into the wilderness.

Deer season is finally over, so the wondrous world of Ceasar Creek Park land has opened up to us. My favorite part of winter! Long rides through the trees and fields, just me and my horse and my dog. Its magical.

And luckily, no baby antics!

Sadly it was a tragically mucky mess, so we just walked, but it was still a breath of literal fresh air to have a good ride.

Lets hope it stays this way!