I realize what a play on dressagey words my title is, because you know, connection and engagement.

But what I really mean to hint at is the gloriousness that is the level of bonding Bacardi and I have reached as of late.

He nuzzled me guys.

THAT only took 5 whole months but god bless it, my flighty, nervous baby nuzzled my shoulder and it was ADORABLE.

I could never put my finger on Bacardi. Does he like me, or nah? He LOVES his face being brushed and petted, but when I first got him, GOOD LUCK touching his face without him running backwards. He would come up to me with interest, but if I made a move towards him he would retreat to the back of his stall again. He always had this look, like he didn't quite trust you. And I was already ready for him to spook and RUN AWAY.

He always did what I asked of him under saddle too, but there wasn't that *connection* ya know?

When you can just shift you weight and your horse knows what you want instantaneously. When you sit deep and they give you a flawless transition down. When they canter just as you lift your heel to ask for it. When they halt with a slight movement in your seatbones. When they rock back with the tiniest of half halts. When you are connected mind and body.

You know *that* feeling.

I hadn't felt that with B, until today.

He literally did all of those things with just a touch. It was magical.

I has a horse guys.

I finally feel liek his person.

Maybe he just finally realized I feed him. Or maybe he really does love me :D
Posted by Checkmark115 at 9:05 PM 6 comments:
Email ThisBlogThis!Share to TwitterShare to FacebookShare to Pinterest

I fixed a problem in my life today.

This problem affects all sorts. But equestrians can relate to the type of pain I've felt almost my entire life when dealing with...MUD.

I've truly come to loathe the sticky stuff and will never understand why anyone would WANT to go muddin', or play in it or be a Tough Mudder or be associated with mud in any way shape or form. Its totally beyond my comprehension. All I feel is pain and suffering when I think, see, feel or deal with MUD.

My loathing can be compared to that of the fierceness of a pack of lions roaring in the African wilderness. Or the intensity of the burning of a thousand suns. Or the volume of water molecules in all of the oceans of the world.

I really can't even when it comes to mud.

It get on my tires. My driveway. My shoes. Under my nails. On my clothes. And most annoyingly, completely seems to coat my horses on a regular basis.

And when you attempt to clean it, what happens?? FUCKING DUST....everywhere. In every orifice and on every surface.

More than  most people.

I actually lay awake at night thinking about the foul looking wildebeest I call my eventing horses and my soul hurts a lotta bit.

We finally, mostly, solved the mud problem the Vollmer Farm has been plagued with for over 15 years.

(Knee deep, sticky, gloopy, disgusting mud right up next to our barn doors/gates that never dissapears until mid summer. Its torture.)

In the form of pulverized boulders.

Lots and lots of little boulders.

Three tons of it to be specific.

You have no idea.

I literally danced in my chair all day while my dad sent me pictures of the progression.

Scraping all the disgusting mud out. Leveling the ground. Bringing in the gravel. TAKING APART MY FENCE. Smoothing it out. GAH :D

I almost died a little when they said they had to disassemble the fence, but then I  didn't care, because NO MORE MUD.

I texted my The Boy about 10 times today noting my excitement. I don't think he understood. I did not grasp why he too, was not pumped. Luckily fellow internet friends sympathized with my intense joy over fucking rocks.

I firmly believe only equestrians will comprehend the level of happiness I experienced all day.

My little heart about explodsies when I walked down to feed the horsebeasts and shone my flashlight a lightly sloping graveled area. I think I sprung a tiny tear. My horses were standing....on rocks. Not mud. They were....pretty clean and and and, their feet were...VISIBLE

OH GOD I CANT HANDLE IT


Posted by Checkmark115 at 8:17 PM 6 comments:
Email ThisBlogThis!Share to TwitterShare to FacebookShare to Pinterest 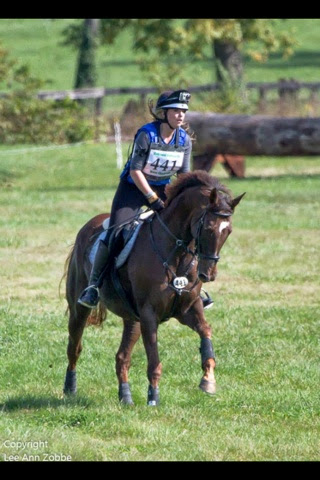 Posted by Checkmark115 at 2:08 PM 6 comments:
Email ThisBlogThis!Share to TwitterShare to FacebookShare to Pinterest

Meaning, there is no title I could come up with worthy of summarizing that wild, crazy, fun weekend into a few brief words. Many, many words can describe the last 3 days, but none can adequately describe it unless you lived it!

It was equally frustrating, as it was fun; worrisome, as it was a blast. I would have to say the type A personality came out pretty strongly and I was a bit too hard on myself throughout the weekend. It was hard for me to remember I had NEVER ridden Steady before Saturday morning; but all I wanted was to make Amy proud and bring her home a ribbon with her boy!

Saturday dawned early, and I sat on Mr Shiny for the first time ever. Honestly, it was SO similar to riding Bacardi, that the transition was easy and I felt like I had been riding him ages. Doesn't hurt to mention that Amy has done amazing work with that horse and his foundation is so solid. He's a total gem on the flat..soft, round, forward and light. It was a dream. He was wonderful. I felt totally privileged. 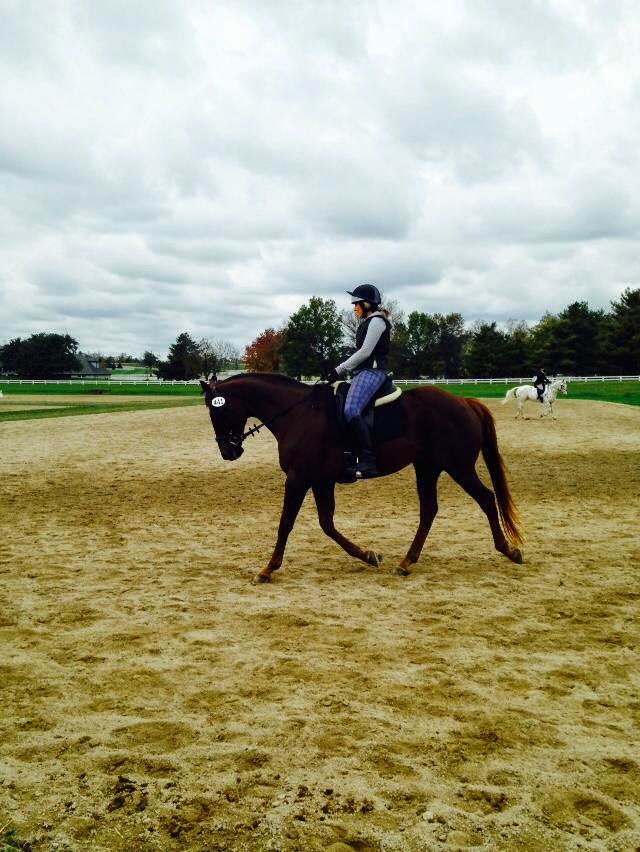 Typical horse show, we hurried up and waited for a few hours. Braided, sat around, watched 1* stadium (um, SO cool). The Boy and Levi napped, a lot.

When it was time to get fancy, I was pleased that he was still relatively calm. He remained rather chill right up until we went in the ring, of course, but still gave me an awesome test considering all the things. 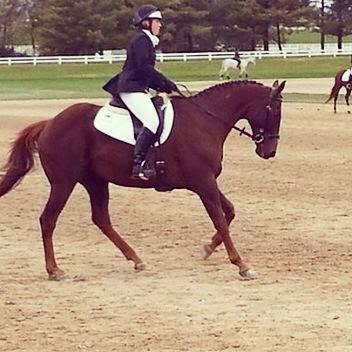 I'm hoping someone got more pictures, I heard mad clicking in the video. Strangely, I was very in the zone. Normally I am extremely anxious for all phases, briefly, until I start the actual test. You'll see in the video a few pretty tense moments, a head toss, me bouncing out of the saddle in a canter transition,  and a pretty dismal canter to the right. But other than that, I was STOKED. You'll also see a bomb ass entry, bitchin trot circles, FUCKING BRILLIANT change reins, a bangin free-walk and a pretty put together horse. Steady's natural gaits are fantastic. I was floored when I first rode them. Not typical OTTB at all! His free walk is to die for, and even when tense he still looks bangin! I of course, focused way too hard on the canter mishap, and was pretty upset simply because I wanted to rock out for Amy. Maybe one day I will get the chance again ;)

We stood in 12th after dressage, not too shabby for a field of 25, having only ridden the horse once before....THAT DAY.

Stadium came quick-less than hour in between dressage and our round. Warm-up was, to put it lightly, a complete FUCKSTORM. I have never in my life seen a warm-up that insane. At Team Challenge, or any show. I swear to god there were 70 BN horses and 20 Novice, and they split the arena in two. Why in gods name. And who let that many horses in one ring??? It  was a madhouse and Steady lost his resolve. No less than 2 minutes in a the ring a horse almost killed us and Steady reared and flew sideways. Never really recovered. He couldn't concentrate on jumping and we were struggling. We tried lunging him away from everyone a bit, which didnt help. Tried every form of release and tactic I could think of over a fence. He just couldnt deal with the sheer amount of horses in one place. really, who could. Horses are saints, I swear.

We almost called it there, but I refused to give up. NO way. Not for Amy. We came this far.

I gritted my teeth and went in the ring. OUr goal was to get around not careening dangerously. Amy told me safe, not sorry, and make it positive for him. It was pretty ugly, with a circle that counted as a refusal, and some interesting hang time over fences, but we got around. I think we racked up a total of 15 penalties. I didnt care. He didnt gallop madly sideways...much. And he jumped everything! NO rails. Good on ya boy! Total night and day difference form our attempted warmup. I think I actually whooped and said "YEAH 13 TIME PENALTIES WHATEVER MAN".

Most would consider dropping to last place a fail, but I didn't. Sure, I was disappointed because I wanted to win for Amy, but I considered getting around safely, and in a schooling, positive manner- a win. Again, never having jumped him.  Plus, he is fun ;)

I went into XC day just wanting to have fun! One thing I learned about myself is I am more chicken shit than I remember. Is it just me or did the fences GROW in the last 2 years since I've evented?? BN looked HUGE. Seriously, a bank up, a huge brush, AND a combo?? I would die if I took Bacardi over that. And I almost peed my pants looking at training and Prelim. What has happened to me.

Luckily, Amy said Steady lived up to his name on XC. Our biggest worry would be not coming in hot. You'll hear on the video me saying whoa about a 100 times throughout our round. We ended up coming in pretty perfectly though inbetween Fast and OPT. He was a superstar.

Besides Spirit, who was equally as fun, I've never ridden a powerhouse like him. He eats it ALIVE. XC for breakfast, lunch and dinner! Every single thing was so fun and I had a blast. I cannot explain it to you guys. Steady is a machine. And I was beside myself with joy.

He didnt bat an eye at a single fence. Not one. The most hilarious thing was the last road crossing...he slammed the brakes so hard I almost flipped off over his head! You HAVE to watch the GoPro video. I almost died laughing.

Overall, we ended up 14th our of 25. Not too shabby! Our entire team had stadium issues (blame that dumb warm-up) But ROCKED out cross country (ALL double clears!) and I think we ended up 17th? We had TWO catch riders, and came back from the very bottom. I don't even care. I consider it all a win.

Words can't express the weekend guys, it was a total joy. I felt so honored to be trusted to ride Steady! Slight mishaps aside, we ROCKED. Fell in love with another chesnut OTTB. Amy has done amazing work with him and they will go places someday! Lookout for them on their blog HERE!

The videos are seriously cool, ESPECIALLY the XC. Thanks for videoing Amy! Also, now I want a GoPro....