Bacardi is still lame as a 3 legged racehorse and it's making me sad/mad.
Like, be better already.
So I hopped on the Lilly Bug yesterday and took her for a spin, because why not.
**sidenote, posting this using the app and I'm pretty sure the pics won't be very big/centered. I'm sorry. I hate blogger. 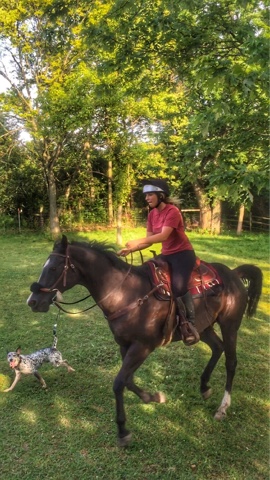 Not 100% sure what I'm doing here but yeah. She's adorable.
She's such a cool horse. I keep forgetting I own her because I rarely ride her, but she's truly a special gem.
I usually dislike mares. I will not buy another unless they have magic feet or poop money. They're so moody and I've had some issues with bitchy mares in the past. Cannot deal. But Lilly rocks my socks.
After figuring out that she cannot tolerate bits and prefers a hackamore, she turned into one of my favorites...like ever. 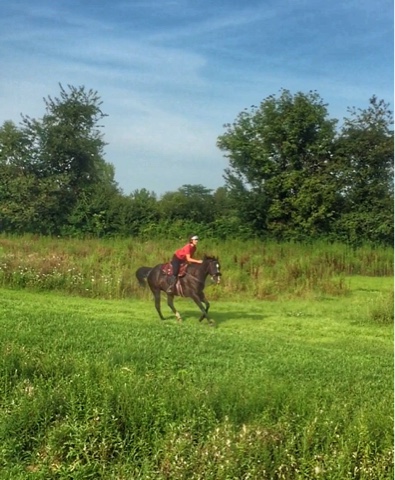 I just hop on her and quite literally fuck around. She does sliding stops, canters from a halt and has the nicest gallop I've ever ridden. 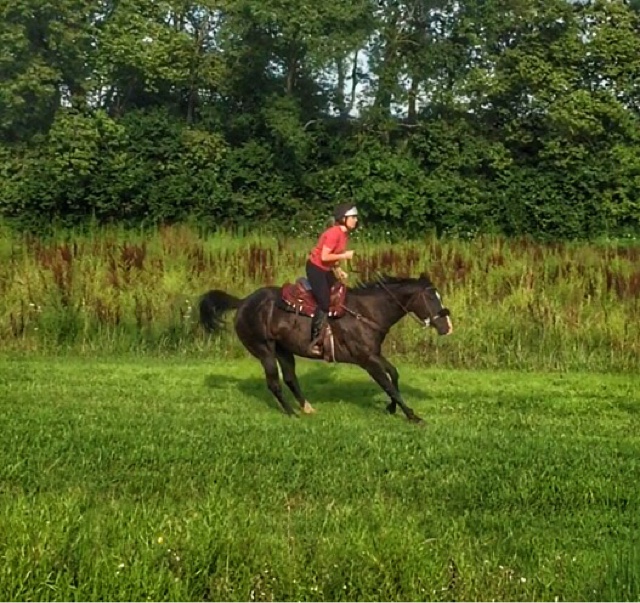 (Sitting a sliding stop is harder than you think)
She's an easy keeper (minus winter). She's never lame.
She's black and shiny (childhood dreams) and swoll AF
She's sweet as pie.
She's inexpensive as far as horses go.
Plus she will just stand there until you tell her to move. A nice break from the fidgety OTTBs I'm used to. She's so chill. And does not give a fuck about anything. 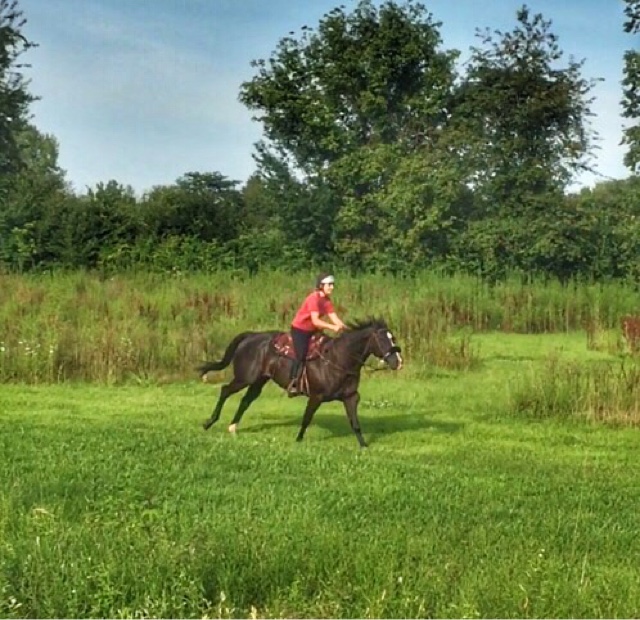 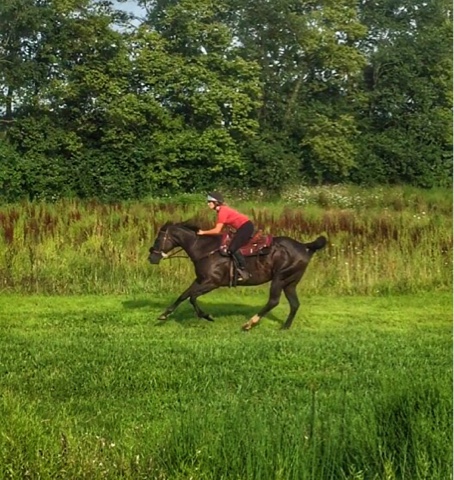 I feel like anyone could ride her and I wouldn't worry. 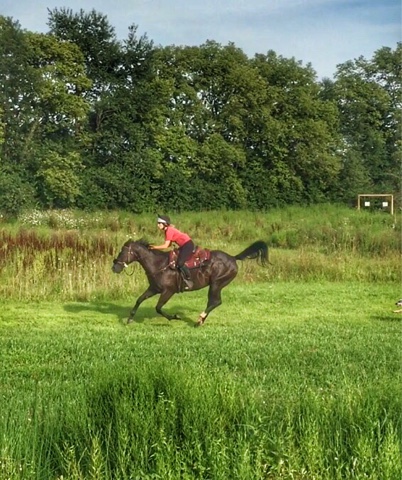 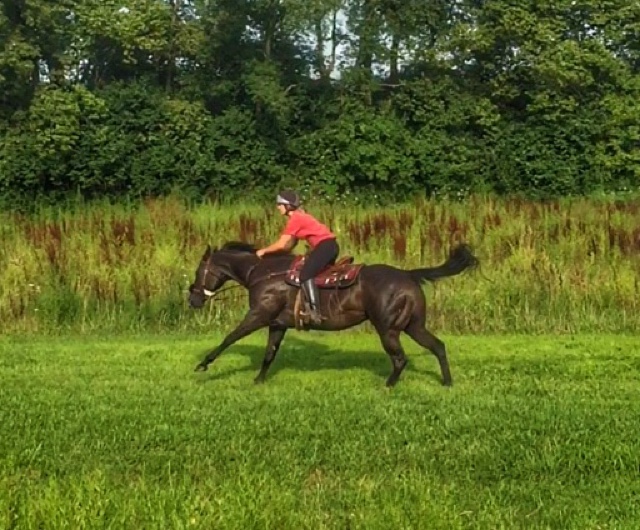 Such a nice lady. I'm glad she's mine.  She deserves more recognition on this blog. Updates coming ;)
Posted by Checkmark115 at 12:14 PM 5 comments:
Email ThisBlogThis!Share to TwitterShare to FacebookShare to Pinterest

It's In The Air

Bacardi has been doing so well lately, I should have seen this coming.

It's happening to everyone in the blogosphere.

So I don't know why I'm surprised.

It's like, the horses know when we want to do stuff and things with them and they manage to lame themselves somehow.

For my pretty horsebeast, this occurred Saturday, when I was supposed to be jumping with Amy at her house.

He loaded right up, I tacked up, I got on and we were just walking around when I felt something.

I might have noticed something was off if he didn't always have issues stepping off the trailer. if there was any time to refuse trailering, this qualified. But no, he got on. And only took a little bit to step off. Taking 12 minutes was a little not normal as of recently, but in the past it's taken longer.

So noticed an off-ness in his steps. It was so slight though. So so slight.

We were even joking how he had danced around a little when I put his back boots on. He's such a silly bitch about boots, I didn't even think twice about the possibility of him ACTUALLY trying to tell me something. I also didn't notice in the pic I had taken earlier, he wasn't standing in that leg. But that's normal for him.

No red flags had been raised.

I looked over at Amy and asked if she saw anything.

And then I asked him to trot.

He literally almost fell over lame.

It's like his hind end just wasn't working. At all.

Of course this raised alarm for me like "hello this is not normal what doing" but almost didn't register in my brain. It couldn't be. Bacardi hasn't been lame a step in over a year.

So I hopped off and palpated EVERYWHERE. No reaction. None.

I asked him to trot again. Same thing. He was essentially falling sideways and looked like he was literally dying.

So I untacked and left him in the barn while Amy and her daughter rode and then we videoed trotting him out.

Due to an unfortunate mishap, I accidentally deleted every video I've ever taken and the epic lameness video was one.

I wish yall could've seen it.

Minus missing a leg I personally have never seen a horse that off in his life at the trot and look perfectly fine at the walk.

It was then I noticed he still wouldn't rest on that leg. 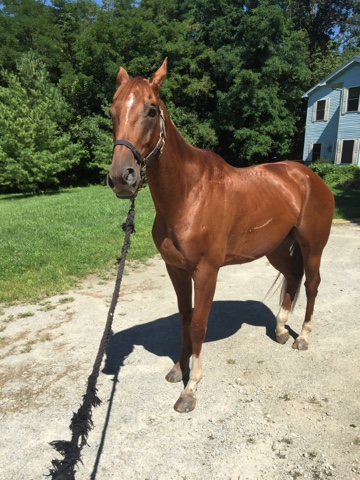 I felt horrible. How did I not notice? I made him trailer all the way there and now would have to take him home and didn't notice.

no but really no one would have noticed, knowing B and how he normally stands, unless you saw him trot off. And he was so good about trailering, none was needed.

I presumed it was an abcess. No joint pain, heat anywhere or muscle aches when I palpated. Zero.
Had to be.

So I soaked the foot. Poulticed his whole leg and foot and let him chill for the night 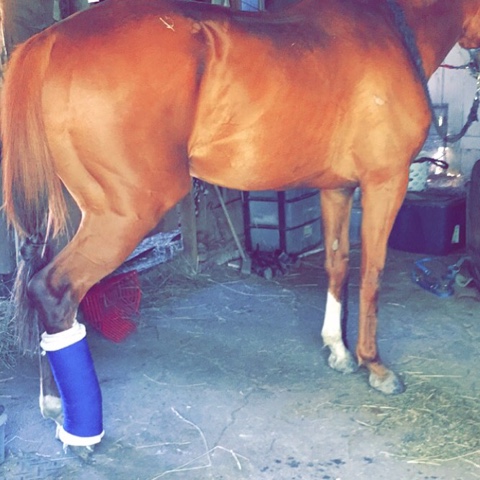 I also texted my farrier videos and asked for advice. He was coming in a few days for the shoe reset, thankfully, so we decided to wait until then.

I for one am NOT the owner to call the vet unless there gaping wounds or colic. Generally problems sort themselves out. And vets are expensive. Call the horse police on me for it.

Obviously if his temp skyrocketed I would call the vet at the drop of a hat...but I was pretty confident this was an abcess.

It killed me to see the love in obvious pain, but I kept soaking and wrapping to help alleviate the pain. 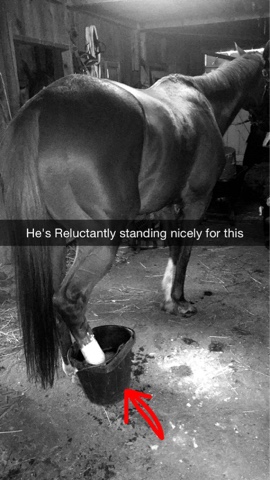 I can't imagine how bad that feels. 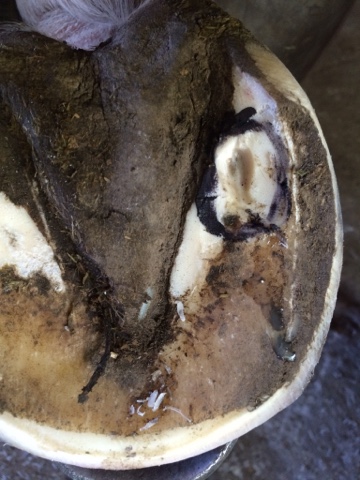 I knew it though.

So now we begin recovery.

***Sidenote I have battled with blogger enough today....REALLY having issues with the format. Fuck it.