Much Horse. So Wow.

Yet again, another duo ride between me and German Jessie. Yankee got his butt WORKED.

Which is good because I mean, he is an eventer. He should be used to long schools and double disciplines. 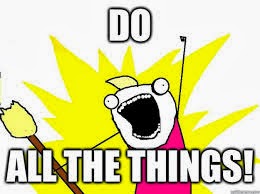 Contrary to our last ride, he was very compliant and actually made some progress from last time. I got some stellar still shots since I am still trying to compile a video for something I am applying for (not going well by the way. I am technologically retarded on some levels).

Not only was he compliant, but he was WAY more chill for the flatwork. I was setting up the jumps and videoing so I wasn't paying too close attention but I know Jessie was working on half-pass and transitions as well as the extended trot. 2 of those 3 things I cannot get my horse to do...like, at all.

Ugh. Bitch. I kind of hate her.


Video link for her flat work with Yanks is HERE

SO thats pretty cool. I wish I could ride him that way. MUST. LEARN. BETTER. DRESSAGE. HOW. TO.

Then I hopped on to jump him and I was like....

I think we crashed through the vertical at least 10 times. And it was barely 3'3. I mean I know verticals are our nemisis but seriously, a 3'3 vertical? Yankee. How many times must I remind you, YOU ARE TWELVE. Not 4. PICK YO DAMN LEGS UP FOO' 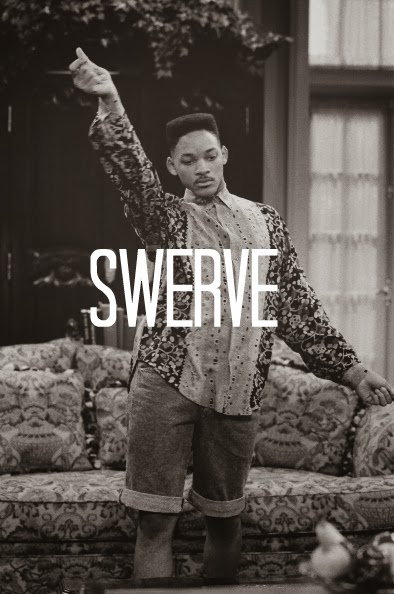 I really didnt want to come down to it, but I busted out the dressage whip. And just held it there. He knew I had it but still was like...

....Yankee get it together!

I collected his canter, came around to the vertical and then I did what I never ever wanted to ever have to do to my horse...I hit him as hard as I could on the shoulder with that whip.  And guess what. He jumped it just fine.

And the time after that.

I hate to admit, but sometimes they all just need a reminder...but I still felt bad using such a harsh reminder. But seriously, he has been jumping for YEARS and a 3'3 vertical should be no issue. What was bothering me was his intentional laziness. I wish you could see the video of him not even picking up his legs. He literally telling me to fuck off and it infuriates me!

Luckily, besides the vertical, he was jumping very well and hopefully the jumper show friday will go well. 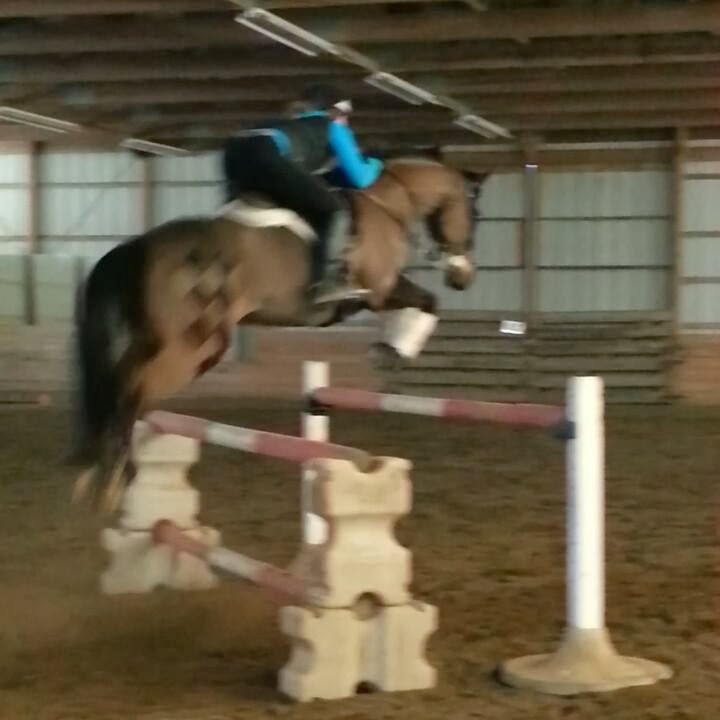 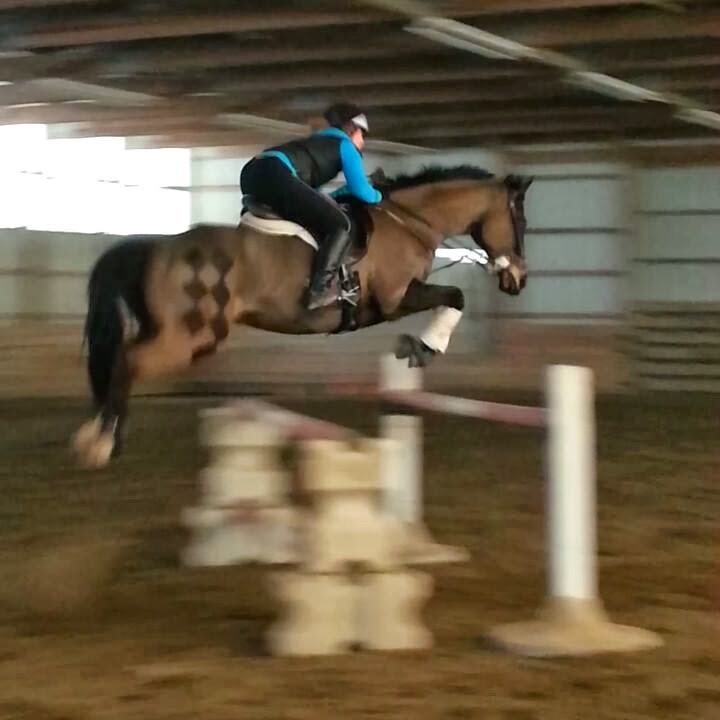 The first is 3'9 and the second is 3'6 and he was on point over the oxers. Almost over jumping, so at least I can count on his exuberance over the bigger fences. Damn verticals.


Wish us luck Friday...supposed to snow AND I'm braving this show alone...eeek.


Video link for me jumping Yanks is HERE

Posted by Checkmark115 at 4:36 PM 4 comments:
Email ThisBlogThis!Share to TwitterShare to FacebookShare to Pinterest

A few days ago Yankee got the crackdown on his dressage fuckery.

Lately, he's been an asshole on the flat. Not in  a "I'm-being-a-bad-horse-because-I'm bad-and-I-hate-you" but more the "I'm-being-a-douche-because-I'm-lazy" and its been driving me bananas.

I realize he's been off for the greater part of 5 weeks, but that is no excuse to not brain and pretend you have the dumb. The newest evasive measure has been sideways dancing and head-tossing while running away. Classic OTTB.

It seems every movement, transition, or bend I ask of him is just too momentous for him.

But instead of doing the simple task of say, a canter transition, he wastes more energy evading my aids and not doing what I ask. Horse logic.

I needed to enroll him in remedial dressage and fast. He no longer gets the benefit of me saying "oh he's just a babay and he used to race so its okay that his mind is a little wandering". He. Is. 12.

I just so happen to have the bestest riding buddies around, and my friend Jessie came to the rescue.

She is currently horseless and extremely badass at dressage (she's been in a few posts before, mostly helping me dressage), so I tend to beg her to come ride my bipolar beasty often. Especially when he's intent on convincing me he doesn't know anything.

She got on him & he immediately began with his shenanigans. I figured he would. I got it all on video. But am too ashamed to show you the crooked, head tossing, sidestepping, ewe-necked hot mess that is my stoopid horse.

While she worked his ass off (literally), I sat there mesmerized, watching the cogs in his brain turn over. Its SO COOL to SEE a horse think through the problem. He wanted to do what she asked, but he also DIDN'T want to. So conflicting. Being a horse is hard. 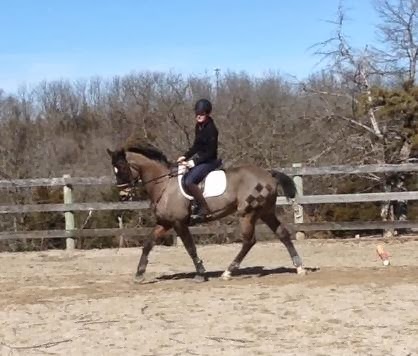 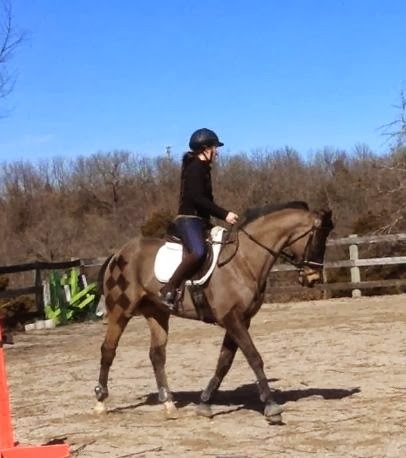 Luckily Jessie has more patience than I do and worked him a solid 30 minutes just on being straight through a circle and PICKING UP those legs. She even whipped out the ole "stick as a crop" trick... 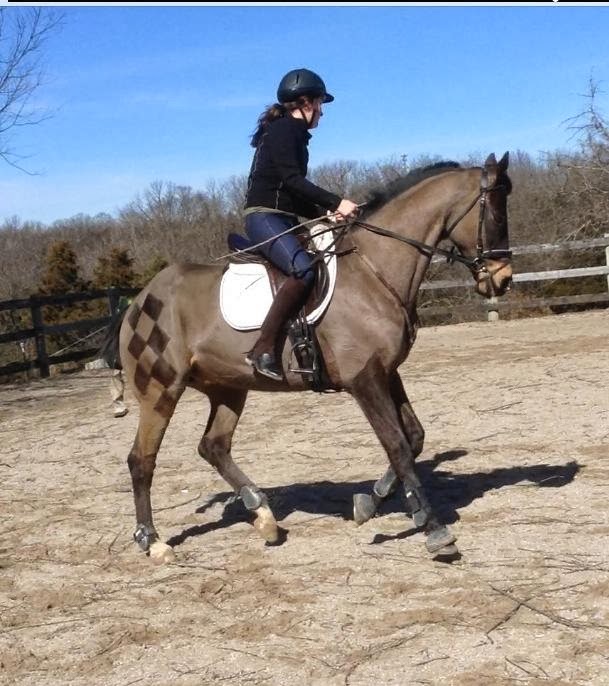 With a lot of patience and even more lateral work.... 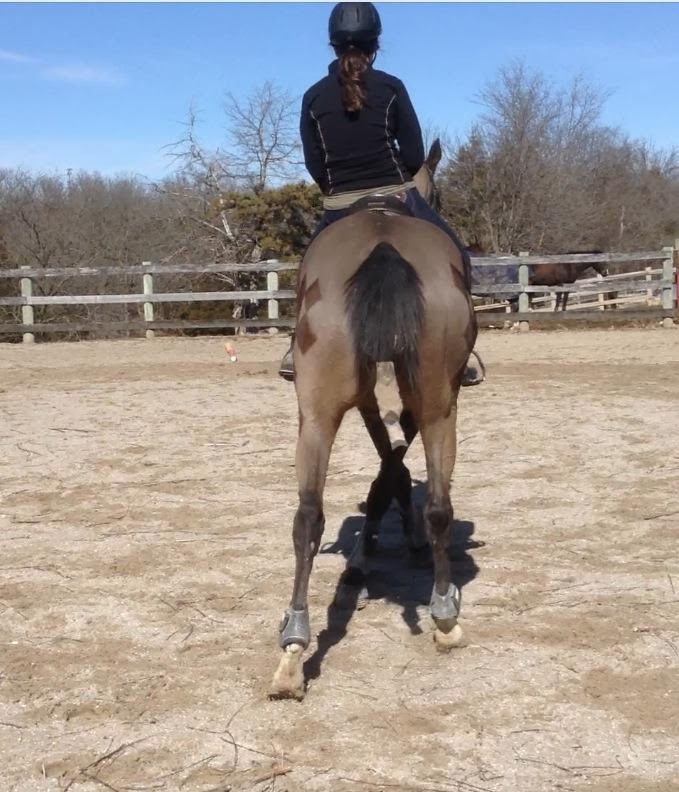 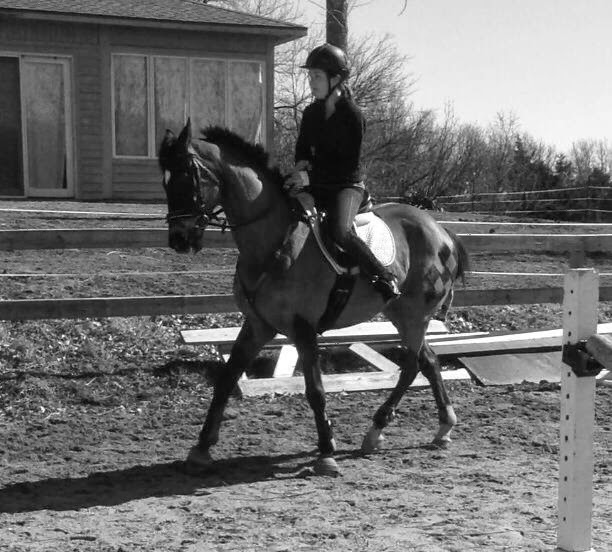 She got him to relaaaaax and step under himself like I've NEVER seen my thoroughbred step. Like...what are this. Is he a Warmblood disguised as a mediocre OTTB dressage horse? 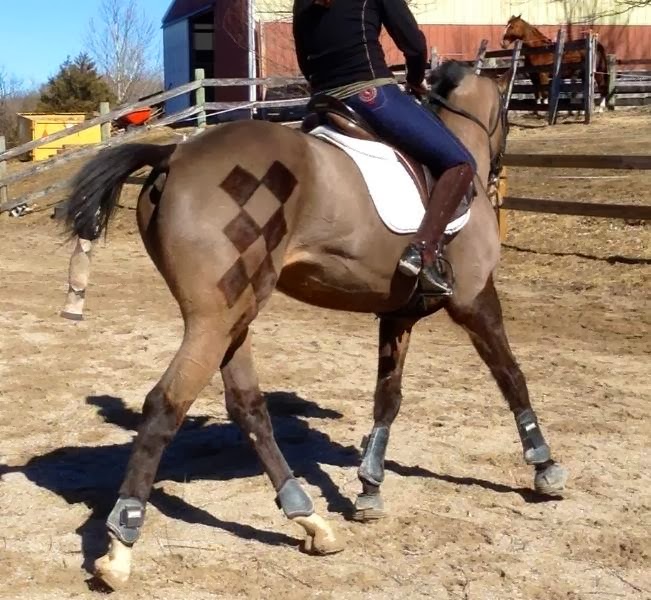 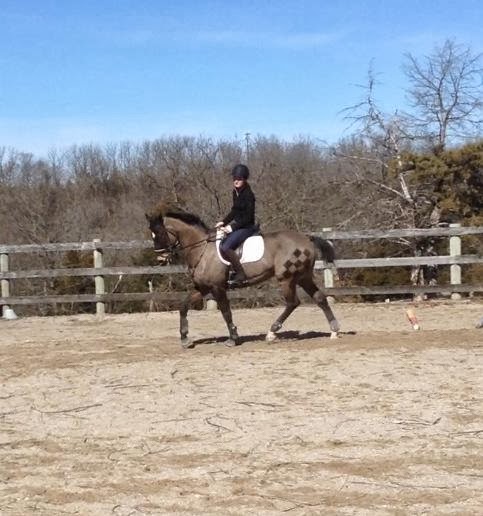 I was like "Jessie, you can ride my horse better than me and I hate you. But. He looks amazing. That frame!! How do you do that/ LEARN ME". And her response was only "Much German training".

It made me laugh because its so true! The germans are very particular about their training but DAMN do they get results. 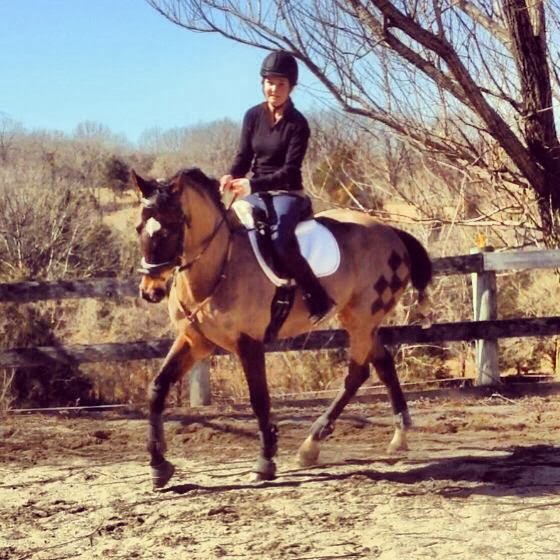