I think I've slightly recovered from my hangover and you can view a blogpost about the show shortly over at the New Vocations webisite under my ambassador page :D It seems redundant to post on my blog and theirs, so I will give a link once it up if anyone cares to read about the dressage show frivolity.

I also filed my taxes so I feel accomplished. And did errands. And cleaned my house. And bought new tires for my car. And got an oil change. BE ALL THE ADULT THINGS. I'm choosing to ignore that I owe almost $500 in state and property tax though...one day I'll pay that....

So I don't know about any of you guys but winter has FINALLY left the building.

The grass has sprouted. Trees and flowers are blooming and bugs are bursting forth with energy. Not to mention the horses are getting sleek.

Yankee just looks mildly stupid at the moment since he was shaved and grows his hair in all spotty.

I think he kind of looks like a leopard, haha. A new fashion statement.

We are in full horse show mode and I've actually been doing well riding him almost everyday AND working out. I look rather slim compared to a month ago. Its nice my breeches are falling off. And are those ARM MUSCLES I'M SEEING?

So after feeling good that I went out and practiced dressage at a show, it is now time to burst forth with happiness and drive 2 hours to Kansas to school CROSS COUNTRY. But first, a jump school.

I am so SO excited. Like I almost can't function this week. Its been  A YEAR. A whole friggn year since I've jumped a single XC fence. The last time he was a boss (see Blog banner) so I know he will rock out. Even though there is no need to school prelim or even training since I am (sadly) only doing Novice (UGH) at Longview since we haven't evented in a year (trust me I am really pissed about it but I feel its safest than to go training after a year off), we are still going to jump the big fences because YOLO why not I'm paying to be there.

I set up a fun "course" (I didn't mean it to tun into one, it just did) that consisted of two BIG verticals, a fan, the skinny and a wide oxer.

The plan was to warm up like Jessie taught us then school each fence one at a time before stringing them together. Then let Jessie take him for a joy ride, since she is mainly a dressage gal.

He jumps single fences like no other, but we forever have problems making a course happen without falling apart in the middle. ESPECIALLY if there are verticals. BIG ones. SO I made big ones. They were almost four feet but he only knocked a rail one time out of like 18 jumps. YAY Yankee.

I HATE reading blogs with too many words, so I will now post le pics of le beast being one. 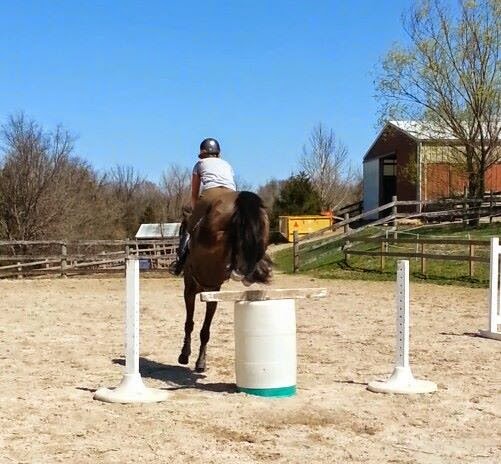 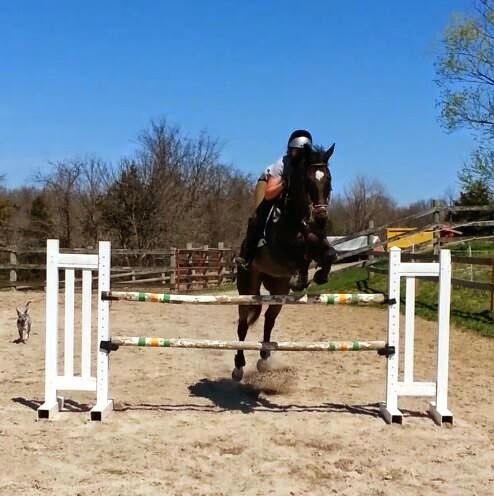 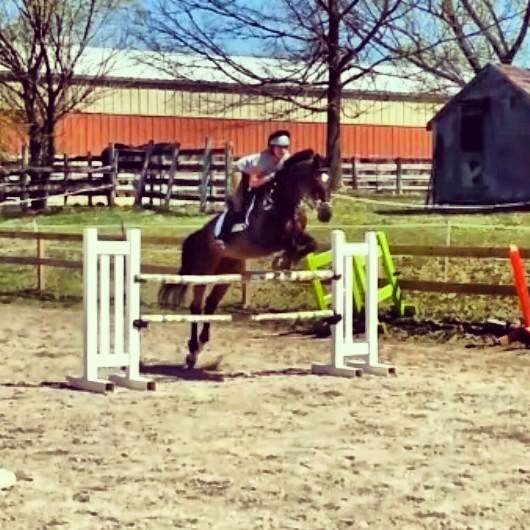 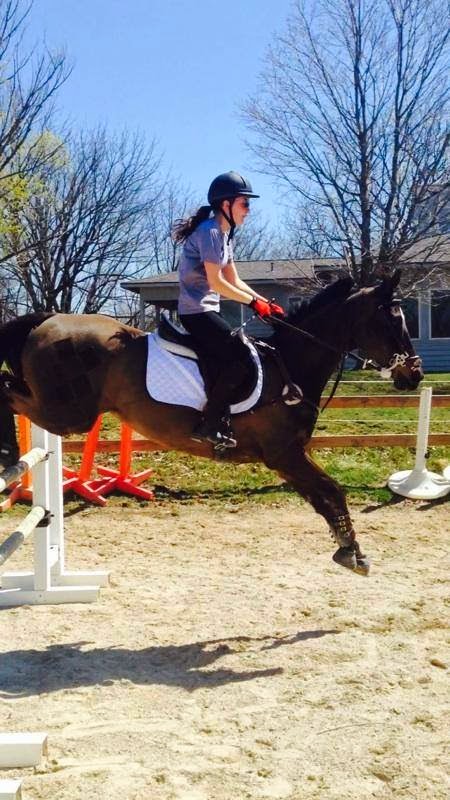 He tries SO hard for his rider and he makes it SO easy. If I didn't have him to save my bum I don't know where I'd be! Crazy to think I trained him and now his ability almost surpasses mine. However, I am getting stronger and my position isn't so bad anymore.

SO READY TO GET EVENTING.
Posted by Checkmark115 at 9:54 AM 8 comments:
Email ThisBlogThis!Share to TwitterShare to FacebookShare to Pinterest

I want to write a post about our show but I am so horse showing thunder storming babysitting stray dog finding bills paying working long hours hungover that I can barely function so I will sneak a few pics and leave it at that until I maybe recover. 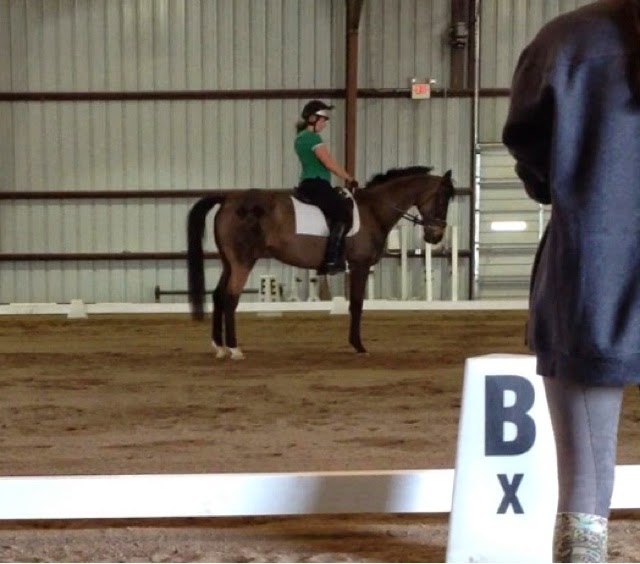 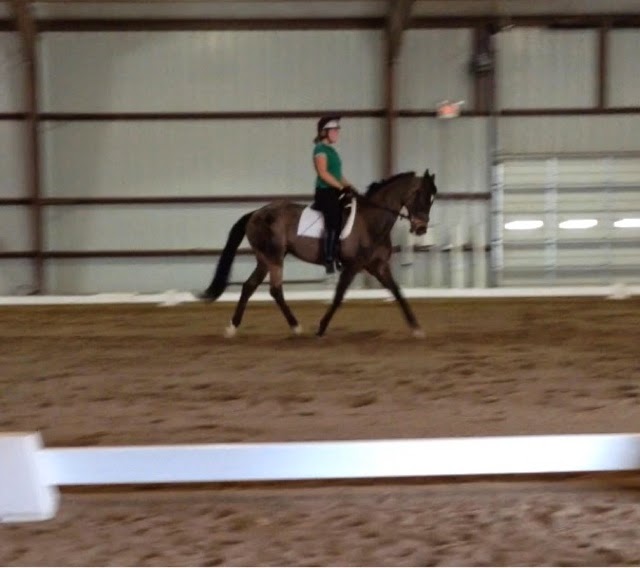 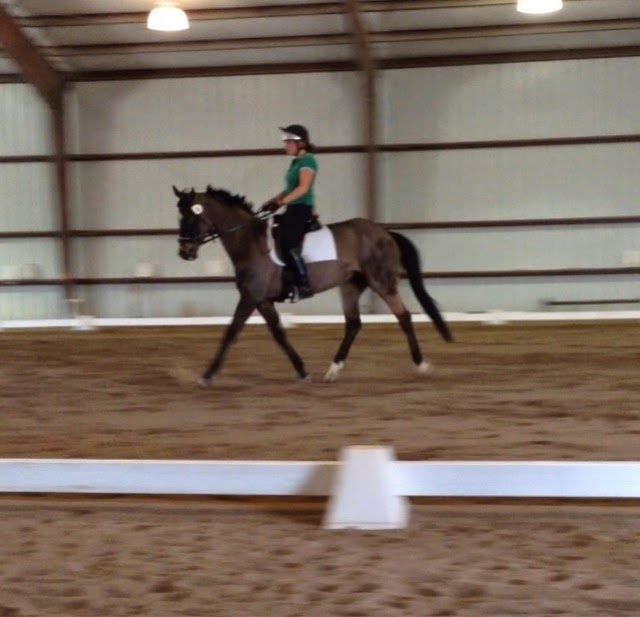 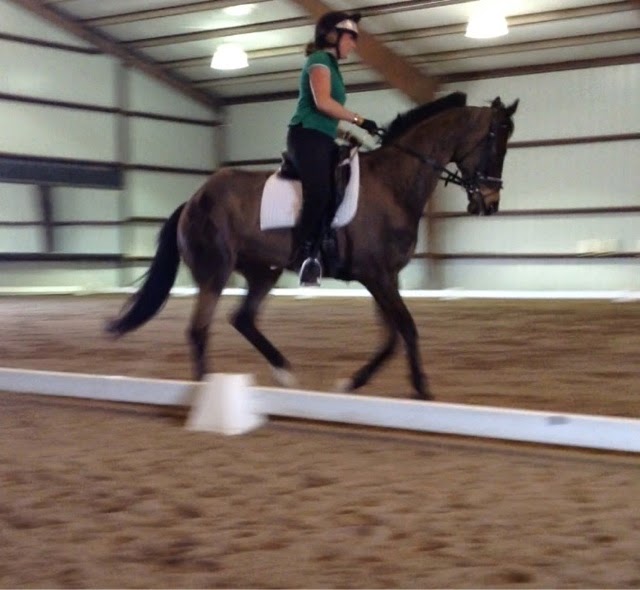 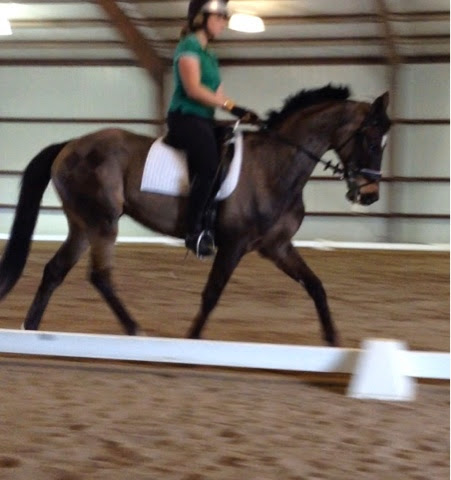 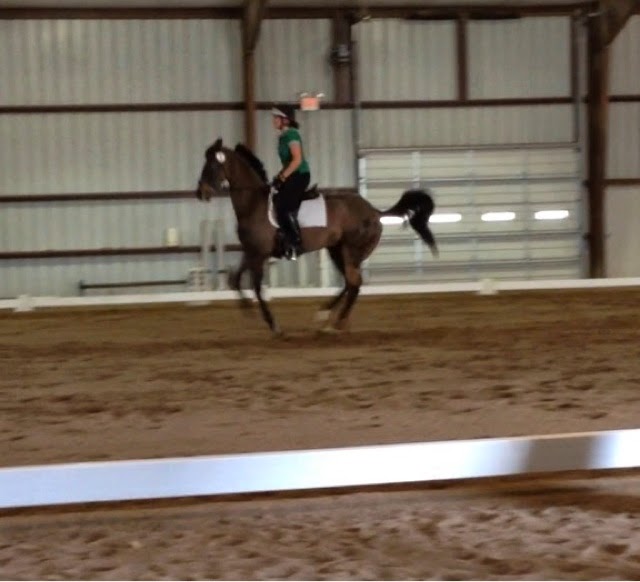 Had some mildly good work put in, with an OTTB tantrum about leg yielding, but otherwise a solid show that let us know what we need to work on. Lost to the girl at my barn who creams everyone with ridiculously unheard of high scores, BUT we snagged a first in first level 2 and nabbed the TIP (thoroughbred incentive program) award for the highest scoring thoroughbred at first level (64.5). Yay Jockey Club for sweet show swag! The judge was super harsh and in second level Jessie got third...the winning score was a 59....wut. 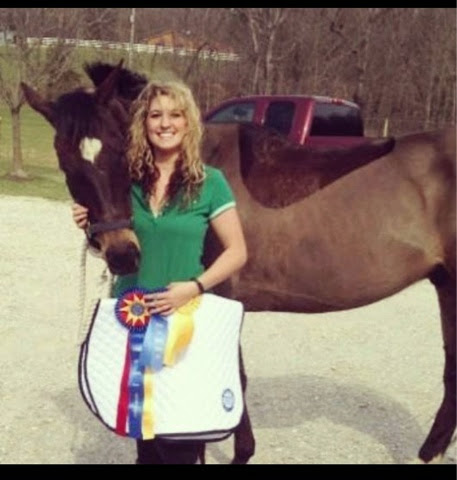