Holly Hill vs. The Pants

I say VS because the cards were not stacked exactly in his favor this weekend.

Lauren had been sick the week prior and not able to practice as much as she wanted, they didn't do the first Novice together 3 weeks ago, and it literally POURED for 2 days straight while they were in the Deep South. Louisiana man.

All that being said, I had the utmost confidence in my lil team because Yankee has been killin it at the CT & Jumper show game and training has always been a breeze for him (me, not so much). Plus, hes been in constant work since practically December and was more than ready.

He made the trek from Kansas to Louisiana like a champ, per usual and settled in for the next day with his  PJs and braids. 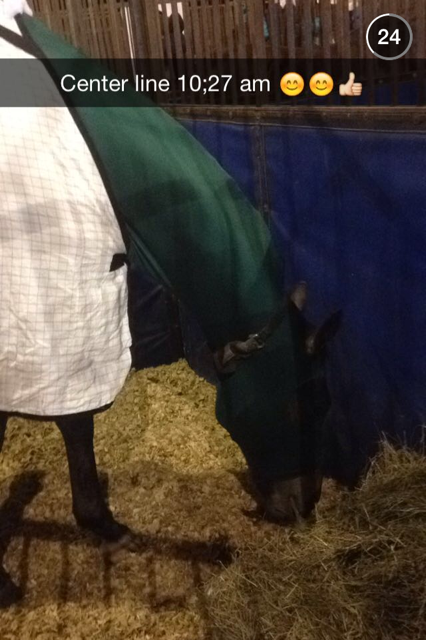 Dressage was...good. Apparently he screamed for his barn mate the entire time, which is exceptioanlly uncharacteristic of him, but still snagged a 34.5 in Training Dressage. Not too shabby. I wish I had seen it, but I'm quite proud.

My man has never scored well in dressage even though hes pretty fucking fabulous. Something about judges not liking TBs. Who knows. We sometimes made up for it in jumping, but the way eventing is going...ya'll know dressage is literally the most important phase now.

Stadium was tricky for Yanks. As I mentioned before, it poured for two days and thus, soaked the ground. For some reason they ran Stadium grass even though there was a ring. As soon as Lauren told me that my heart sank a bit. The Pants is a HUGE baby about grass rings. Very cautious and timid. Usually pulls a few rails because he is not forward enough. Honestly, who could blame him though for stepping lightly?

I advised to stud and just feel it out. I was super nervous to hear how it went.

Unfortunately, he pulled four rails, as I had feared. The Prince just didn't "feel it" that day and was a wee sucked back. Typical for him. I was disappointed, but that is his one quirk. I told Lauren to keep her chin up, XC the next day!!

Yankee came out strong on XC day though! He was a machine. See for yourself!

If that isnt working, the link for the video is HERE.

I about cried watching him tackle XC like a freight train. No qualms, whatsoever. Double clear!

Couldn't be happier ending on that note. Stadium on grass will always be an issue for The Pants, but luckily he has a bomb ass rider, trainer and support system to help him thorough it all! Honestly, XC with no penalties is amazing. I always managed to rack them up, so in all honesty I'm happy he has a rider than can take him where I cannot! Next time, buddy. 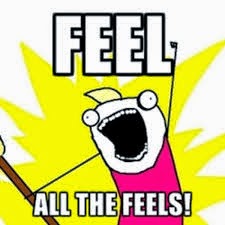 Posted by Checkmark115 at 8:53 PM 8 comments:
Email ThisBlogThis!Share to TwitterShare to FacebookShare to Pinterest

Gone For A Minute

I have really missed the blogging scene.

After I write this post I plan on catching up with as many blogs as humanely possible. Who knew you could actually miss internet friends & their lives?

I've literally not done anything besides gym, work &  workout since my last post. And take pictures of sunsets. 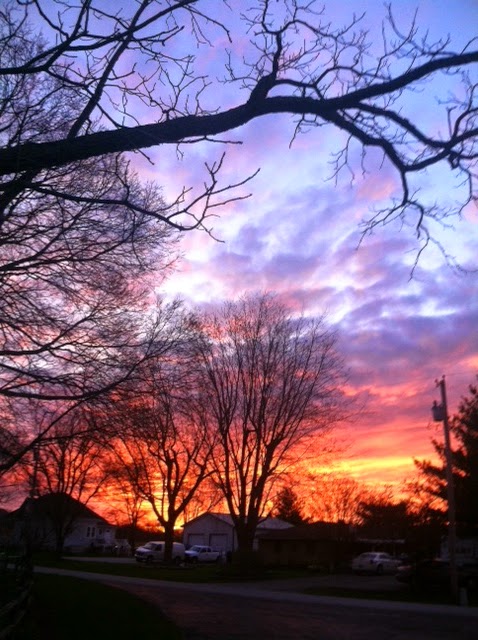 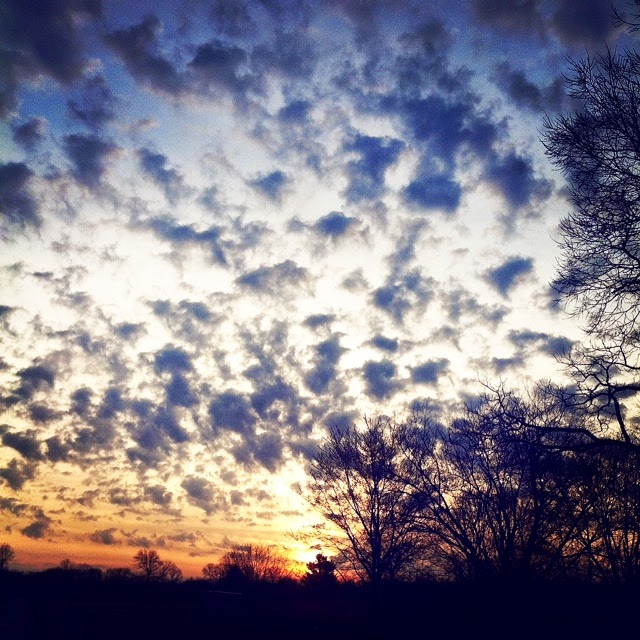 Which means I also haven't ridden since my lesson on April 1 (with the exception of yesterday) due to the weather and work. The weather has been atrocious. So bipolar and shitty; mud, mud everywhere. Work also is kickin' my ass ya'll. If given the chance I will never live farther than 15 minutes from my place of work ever again. 40 minute commutes essentially destroy your days and the 10-7 schedule is horrendous. So theres that.

The horses have thoroughly enjoyed their "vacation". I literally didn't touch them for 2 weeks. I barely had time to drag my butt into the shower and collapse into bed, let alone mess with them. I really think they had no qualms with it though. They got good and dirty, ate new spring grass & didn't have to do any work and still got fed at regular intervals. What more could an equine want? 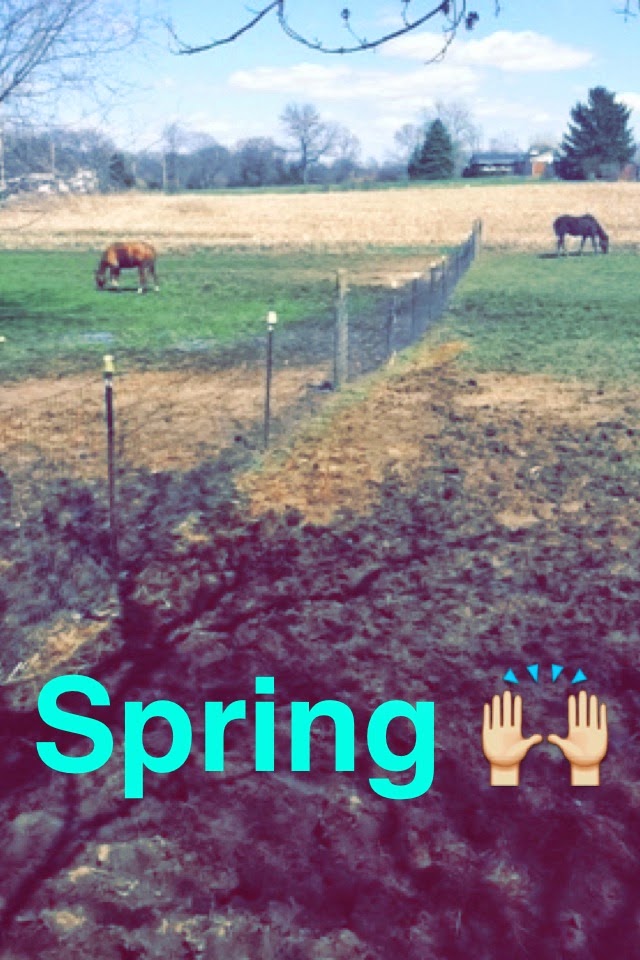 Now that I have acclimated to the schedule change at work, I decided to overwork myself yesterday by doing all the things. On top of one of the most intense upper body Crossfit workouts I've ever done, I decided to split one of the pastures into paddocks so the grass can grow in. This involved hand pounding metal posts into the ground, and stringing electric tape, moving round bales and round bale feeders and cleaning, scrubbing and moving the water tub. Naturally, the pain game in my upper body is real today. But now the babes have their own paddock, with their own hay and the field can finally grow in!

I also dug the bests out of their mud covered hairy bodies. I specifically bought an industrial sized curry comb with a HANDLE because I broke (yes, broke) THREE rubber curry combs trying to tackle the mud and hair on previous occasions. It will take several sessions, but hopefully they can be slick and shiny soon like everyone else's horses.

It felt so wonderful to swing my leg over a saddle after almost 3 weeks absence.

Lilly is finally over her bitchy mare heat emotional issues and she was a total doll. Bacardi was a little hyped, but honestly he has settled so much in the last month or so. Glad winter is OVER to say the least. I didn't do much with either, just about a 20 minute hack. I had intended to ride today too, but I woke up to a torrential downpour and it hasn't stopped since. 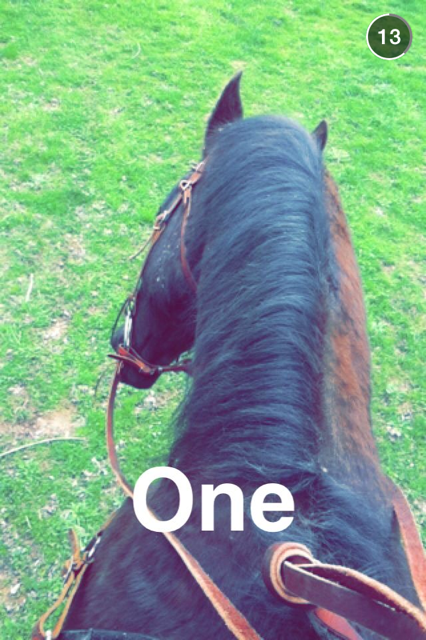 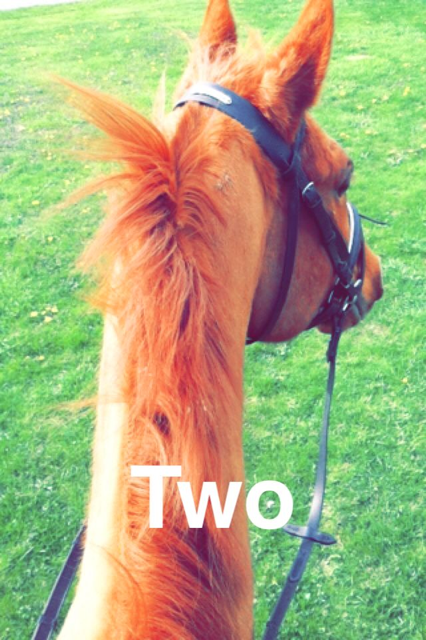 In other news, Yankee competed at Holly Hill this weekend! Full and total coverage in another post later this week.

Also also, who is going to Rolex?? I will be there with Levi and a few local equestrian friends. Holla t yo girl!
Posted by Checkmark115 at 6:24 PM 10 comments:
Email ThisBlogThis!Share to TwitterShare to FacebookShare to Pinterest
Newer Posts Older Posts Home
Subscribe to: Posts (Atom)