Back At It Again

OMG. You all I love you so much. Thank you for the kind words--I truly forgot how lovely people CAN be < 3

If it weren't essentially negative degrees out with the windchill, I would say it feels so good to be riding again....but in reality, you cannot wear enough clothing to make riding sub 20* comfortable.

But I really wanted to and had time, so I did.

Will not be doing that again, ha.

Generally, for everyone's sake, I try to keep mounted activities secluded to days above 25*, as a general rule. Its no fun under that, and really kind of a waste of energy because not much gets done anyways. PLUS, I know it sucks to breathe that cold ass air and I don't like forcing my horses to work in those temps.

That being said, I will take sub zero temps over 100+ temps ANY DAY. I hate summer and hope to never live in the south. Ya'll can KEEP IT.

That also being said, I actually had a good time the other night hopping on B for a bit while V jumped a little.

B was WORLDs different than this time last year. If you've been following me long enough, you might remember how god awful he was in the winter months those first two winters. Moving to EME helped drastically last winter...but the first...I try to not remember the disaster that was trying to ride him.

My big man is all growed up. Kind of.

I actually forced bribed a male human that I've been canoodling to come out to the barn with me in freezing temps to video for me, since V was also riding and he fuckn did it. wat. (disclosure; he actually offered before I bribed him with food, which is unbelievable).

So I actually got video of both myself and V! SCORE.

I actually find this video super entertaining all the way through. In the beginning he's a bit cold and hype and the flying change exuberance is just, on point. Then he settles and the trot work looks fantastic and the canter improves. Good boy! (don't mind the last 55 SECONDS of  man friend filming the cat)

He was a titch exuberant about the flying changes, which I find endearing and hilarious, but overall he remained rather soft and lovely. We are both wicked out of shape so the left lead felt and looked like trash, but overall it was a good refresher ride. We will be working on that canter in the next few weeks for sure. I was rather pleased with the trot work though. In the past that been his most difficult gait and I was pleasantly surprised to come back after like a month and find it still installed and rather lovely. 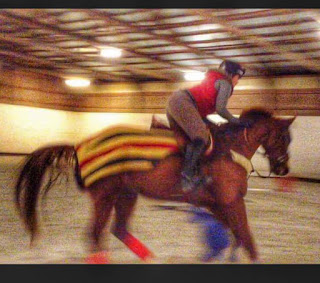 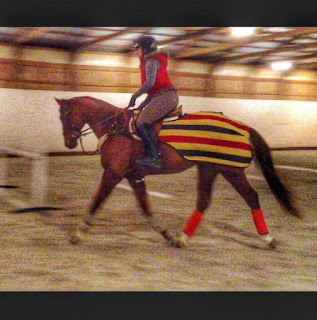 Also here's the video of V and Yanks trying their hand at some distance work. I am SO proud of how far they've come together as a team. V has kicked some major ass in the lat 1/3 of this year and I can't wait to see where she goes next season :)


Such a good boy he is. Love that horse to death!

So, myself and my young child are a bit out of shape, but we are back in the game now. We both need to work on some strength, which might be challenging in the winter months but I am up for it as long as the weather cooperates. My core is literally garbage at the moment and today my inner thighs are screaming. Insane how you lose everything in such a short period.

Also, kind of shitty to list him for sale then take a month break...but thats why I have yet to actually put ads out online; mostly word of mouth at the moment. Kind of asinine to sell an out of shape beasty as a jumper who hasn't jumped in about 6 weeks+ LOL

Save for the clinic I STUPIDLY took part in and failed miserably. This is a backtrack/slight recap.

In case you were wondering how it goes to not jump in like 4-ish weeks, be on your deathbed and have it be a 30* day and partake in a jumping clinic, the answer is FUCKING TERRIBLE.


It was mostly me--my body literally forgot how to ride and B got sick of it and flat out quit. I do not blame him TBH. Thats about all the recap you get because it was a disaster and not worth talking about. Total waste of  my money. I don't know what I was thinking, ha.


At one point B had had enough of my flopping and jabbing him in the face he LITERALLY tried to get me off of him, with gusto. Think, crow hopping in anger. Again, I don't blame him. When he couldn't shake me he just stopped, lol. Like wouldn't move. The clinician was like, "well, he's done with you" and laughed. I was like, yeah, FML. We had a few good moments mixed in, but not really, HAHA. 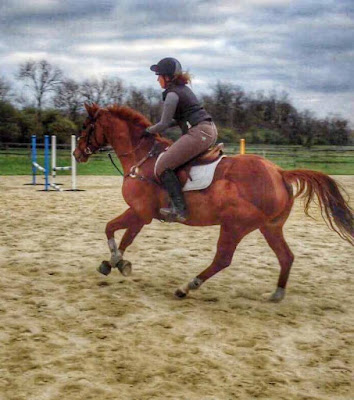 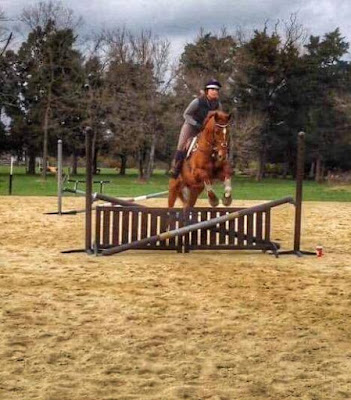 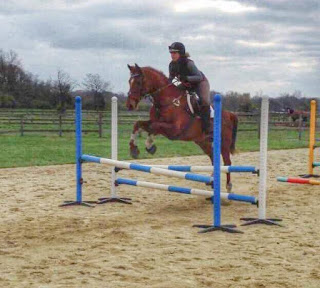 So. Here we go on operation "rebuild" as I like to call it. Get back to healthy eating, healthy sleeping.  lifting and RIDING properly!

Its been far too long!

Posted by Checkmark115 at 12:49 PM 21 comments:
Email ThisBlogThis!Share to TwitterShare to FacebookShare to Pinterest

Without trying to sound all woe is me (but it will probably happen anyways)...2016 decided to go out with a bang and I spent the majority of the last month sick as fuck, drowning in grad school finals, loathing the haters online who can't grasp that selling a horse is an actual thing, car problems, work problems, dealing with some insane vertigo that rendered me incapacitated and mentally trying to cope with selling off one of the few things I love in this life after ALSO splitting with my longtime boyfriend and coming to grips with the single life...

I literally rode twice. TWICE. And one of those times was an absolute disaster. I don't even know if I can recap it, it was so bad. I cried in my car for like half an hour afterwards. It was one of those rides..

And I just conceded and was  like, okay, gimme your worst, lets just make these next 4 weeks completely miserable and then we will be good for another year.

Luckily, I have amazing friends that kept B in work while I delt with life rather poorly (aka binge drinking a decent amount, sleeping a lot and rewatching Greys Anatomy--there are like 11 seasons, in case you didn't know.)

So now that I have fully recovered from that load of SHIT, I can say that I am ready to tackle the last two weeks in this year (L-oh-fucking-L), I'm in great spirits (honestly), and gracefully dip into 2017.

I have come to grips with the reality of losing my sweet B, and the reasons why it has to be done. I Am fine with this, and I am ready to move on now. Life is grand, and there are WAY worse things.
I love christmas, and I LOVE all of you who were so supportive on my announcement post a month ago. I'm sorry I haven't really kept up on reading blogs, but you all are awesome.

So, despite the freezing fucking cold, I am ready to ride again. Mentally and physically.

Hopefully we can hit up a few jumpers shows this winter and possibly get him to a recognized show, because apparently people give two shits about your horse if you never had to money to showcase him at a rated show. LOLZ. But until someone comes along, I am not letting him go.
Posted by Checkmark115 at 9:32 AM 17 comments:
Email ThisBlogThis!Share to TwitterShare to FacebookShare to Pinterest
Newer Posts Older Posts Home
Subscribe to: Posts (Atom)