Stop Being Better Than Me

As many of you may know by now, I am heading off to FL in January, permanently. Much excite.

On Wednesday of next will I will there 6 whole days to apartment and barn search. If anyone knows of any barns in the Jacksonville area that aren't $1200/mo in board that would be great. I only have 2 in a realistic budget that has eventing riders. (I very much dislike boarding without people who ride my discipline...don't judge me)

I have a friend riding Yankee while I'm gone. Even though our last show until we move was today (later post on that bipolar shit show/fucking epic time), he loses his topline after a week of inactivity. CURSE THAT TB-ness.

She already schooled him on the flat and literally made him look more amazing in 20 minutes than I ever could in 8 years.

Granted she is classically trained and one of the best riders I've seen in a while when it comes to dressage. Her expensive lessons really paid off.

She hadn't jumped in over a year and was a little apprehensive about it. I wanted him worked once over small jumps while I'm gone, just to keep him happy. I told her he is a point and shoot kinda guy, but you can't drop him or get forward or he MIGHT refuse (my forever curse thanks to showing HJ eq for 6 years). But he is solid and anyone can jump him. Anyone.

She nailed it from the get-go. He loved her. 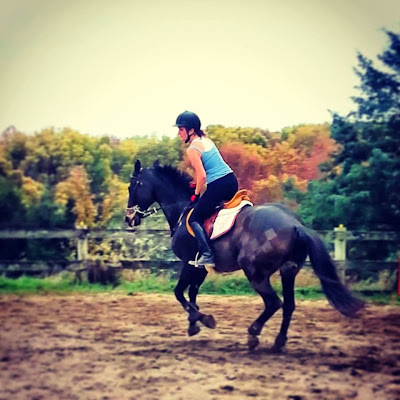 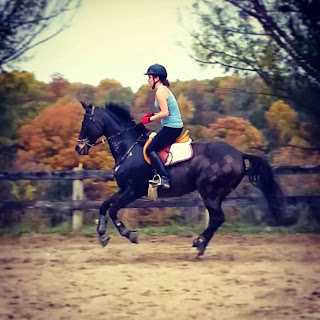 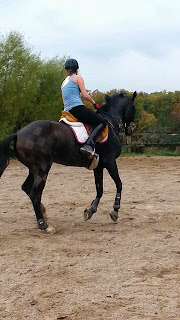 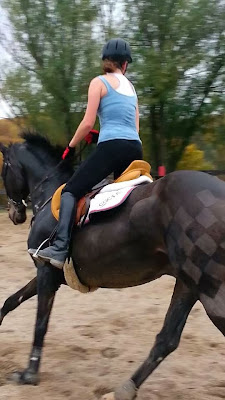 God dammit woman stop being better than me! Haha. I was like yay, but at the same time I'm like, why can't I look like that all the time. Why do I continuously make mistakes and get a bad spot or make him mistrust me for a few seconds. I applaud her steady riding and am hella envious.

She made me feel better by reassuring me that if I hadn't trained him so well he wouldn't be so fab. I mean, I can agree with that- I've literally put blood sweat and tears into that horse and he is my life. I'm just glad when people notice how much effort I have spent into making him the way he is.

Jackie put it the best. She said I'm the one who has had to deal with all his shit. Made all the mistakes, and then corrected them. It still bruises me though when someone can just hop up and be flawless.

We rode in her saddle too just for shits and gigs. I am madly in like with the color and it was like sitting on a cloud. 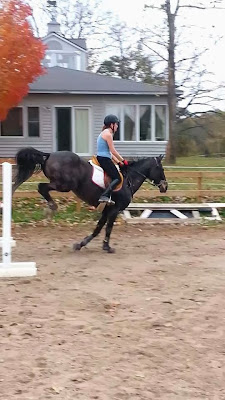 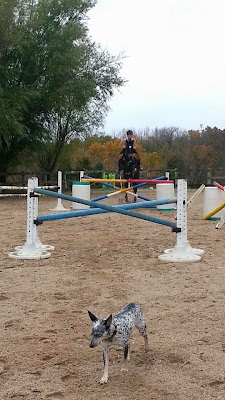 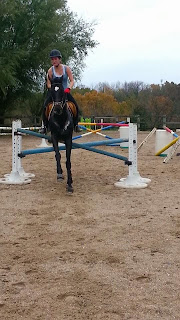 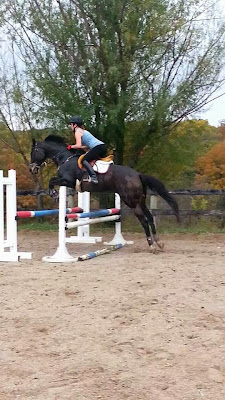 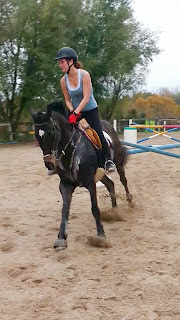 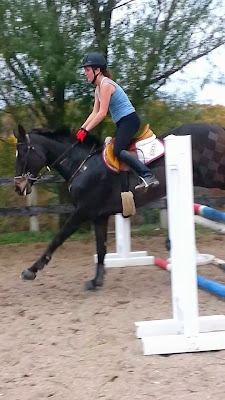 I hopped on too since I wanted to practice for the show today. I felt shaky and off my game, but Yankee was pretty on point and it was a good school in the end. 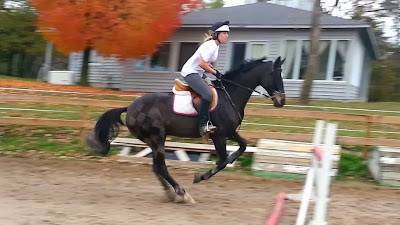 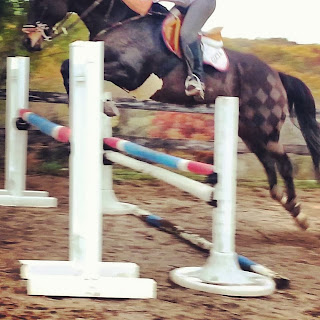 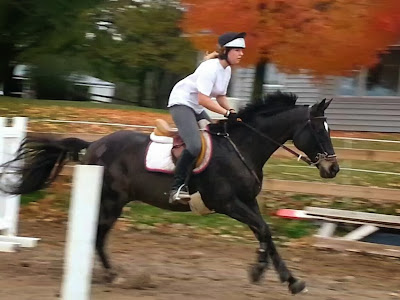 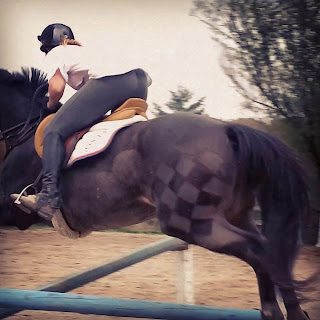 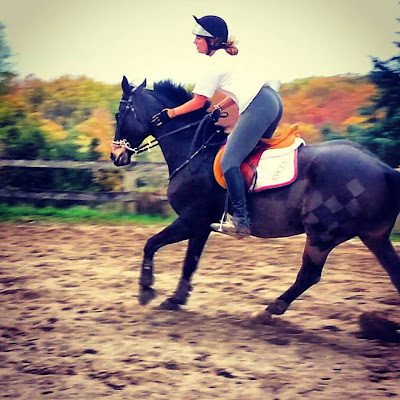 I shall blog about the show today when I recover from a horse show hangover and an actual hangover (Mizzou game day saturdays are...very fun)