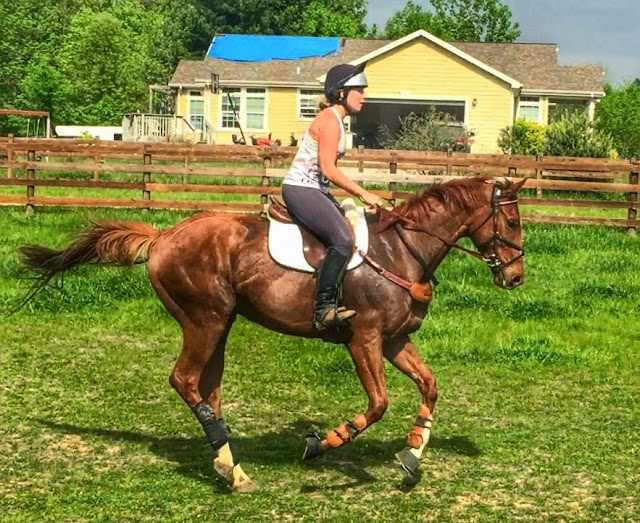 No but really, Bacardi put his best foot forward Sunday; I'm feeling pretty great about it.

Amy from Slow and Steady was gracious enough to spend half of her mothers day with myself and my three crazies and we had a TOTAL blast over at her place. We seriously live in horse heaven and I'm beyond stoked I have a horse friend to pester play with whenever I want. (If you don't follow her already, you need to. She's kind of my hero and a total badass in all aspects).

We snagged my beasts out of the field, drove the short drive to her place and put them to work. Lilly was less than thrilled about it, but was a good sport.


Amy has ACTUAL jumps, nice trails and a  pretty bitchin riding field and we took full advantage of all the things. I wanted to actually work his ass, but take it easy as well since he's not quite in shape and it was stupid hot (where did spring go? Were you ever here?).

Goal again was forward & straight. Continuing working on correct carriage and just being forward. Lightness and balance will come in time.


I noticed that I have some glaring issues to work on as well. As in, look the fuck up and what are your hands doing.


I know I know, enough trotting pictures. But just...LOOK at him, I'm swooning. I knew inside him there was a perfect creature waiting to be the event horse I knew he was!

And then....we JUMPED. I couldn't not jump when they were right there. It was a bit moist outside, but we kept the jumping to a minimum. I just wanted to see what he would do, because in the past (in my field) he has been a complete fuck about jumping. Aka refusing, bolting, more rearing, etc.

Pointed him at the baby X-rail and BOOP, nothing. Easy as pie. 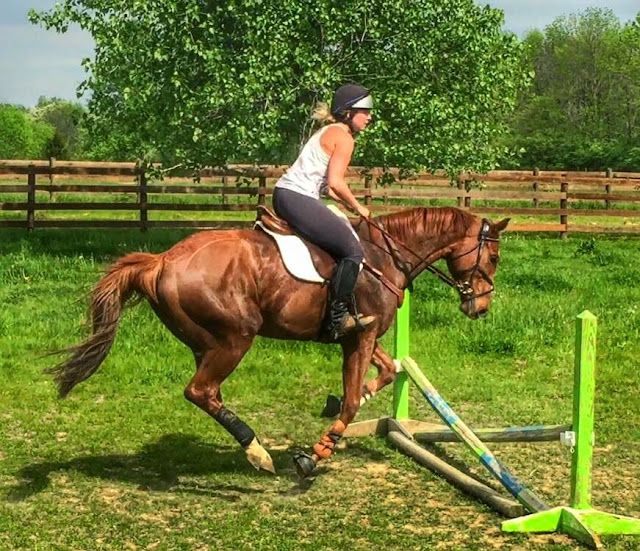 Sooo I was mildly blown away. Amy was like "Do a vertical" and half of me was like "nah, lets quit while we're ahead" but then the eventer in me/devil on my shoulder was like "Just try it, like once man, it'll be fun." So we did.

And maybe a  few more times before I called it quits... 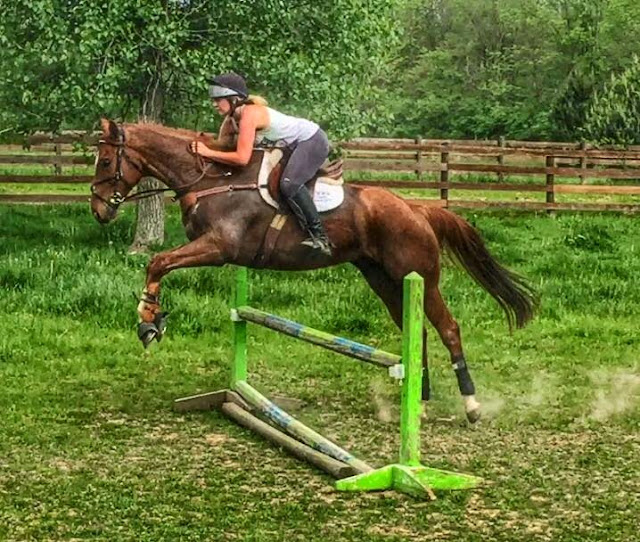 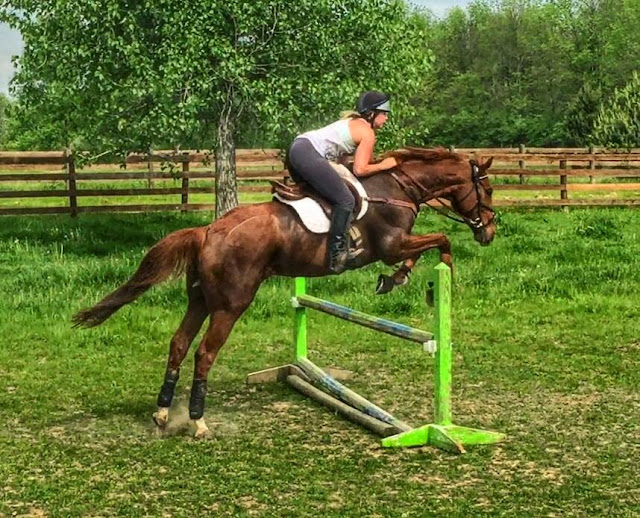 I still think he takes off too early/takes a large step over it, but hot damn he was SO good! He refused one time and that was my fault. Bacardi really was enjoying it immensely, even with me flopping around on top of him. Cant wait to take him XC and bump them up, hes quite the jumper.

I haven't jumped in so long I kind of forgot how to when presented with an awkward distance. Totally my bad. I also feel like my eq is all over the place. He has a massive jump/lurch thing going on and I'm still getting used to it. WAY better than we were together back in the fall. Plus, jumping a greenie that you've owned less than a year and jumped only 3 times is like an awkward first date. We got through it though and had a blast.

Afterwards to cool out, Amy took me on a tour of her beautiful trails! I was stunned it was all right behind her house. That plus the river, she got it made. I'm moving in. 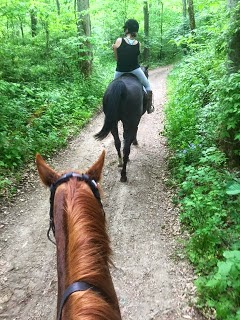 So now that I've caught the feels, and can;t wait to get back on my horse (DAMN YOU RAIN) I'm just sittin here daydreaming about shows and whatnot.