I realize its taken me a coons age to update everyone on the show last friday (wow,  almost a week ago) but you know how horse show hangover goes, then add on there about a thousand hours of late night work AND moving (yes, I moved. To a house. A real one!) AND not having a real computer....

I was going to put a GIF here but I can't figure how with no computer FML I WANTED A GIF.

So. Horse show hangover was bad. Like worse than usual. And it wasn't even the normal three day show. My trailer is still packed with shit and I only rode twice this week.

And Yankee did this...


Yes, that IS a coronet band cut. No, its not too horrible. Still. WTF.

But mostly horse show hangover. I do not recommend going to a show that STARTS at 5 pm. I've done it twice and both times it ends with me chugging 34oz of coffee at 11pm. Mostly I was proud though... because YANKEE WAS AWESOME SAUCE!!

Seriously though, I almost cried I was so proud of my horse.

I, of course, fucked up my first two classes because apparently I can't remember jumper courses for shit. I intentionally entered the classes with no jump offs, but apparently at this show in the "power and speed classes" the "jump off" fences in the other class are PART of your course, and they are the timed ones....what the fuck right.

Never heard of that.

So it took me two classes to get acclimated.

But then, we BEASTED. We won every class after that, including the Jumper Classic.

Yankee was on point all night. I can't even explain it. He rated when I asked, jumped with knees and galloped like the wind and turned on a dime. He even beat the quick QHs and big WBs!!

Everyone noticed him, which I think is in part to his clip, but also because (and yes I AM bragging) he is a boss.

I didn't get any pictures...yet, but I do have video of the Classic round HERE and the jump-off in the classic HERE. I believe it was only 3'3-3'6 which was disappointing since I like to win over bigger stuff, but STILLTHEMOSTHAPPY. 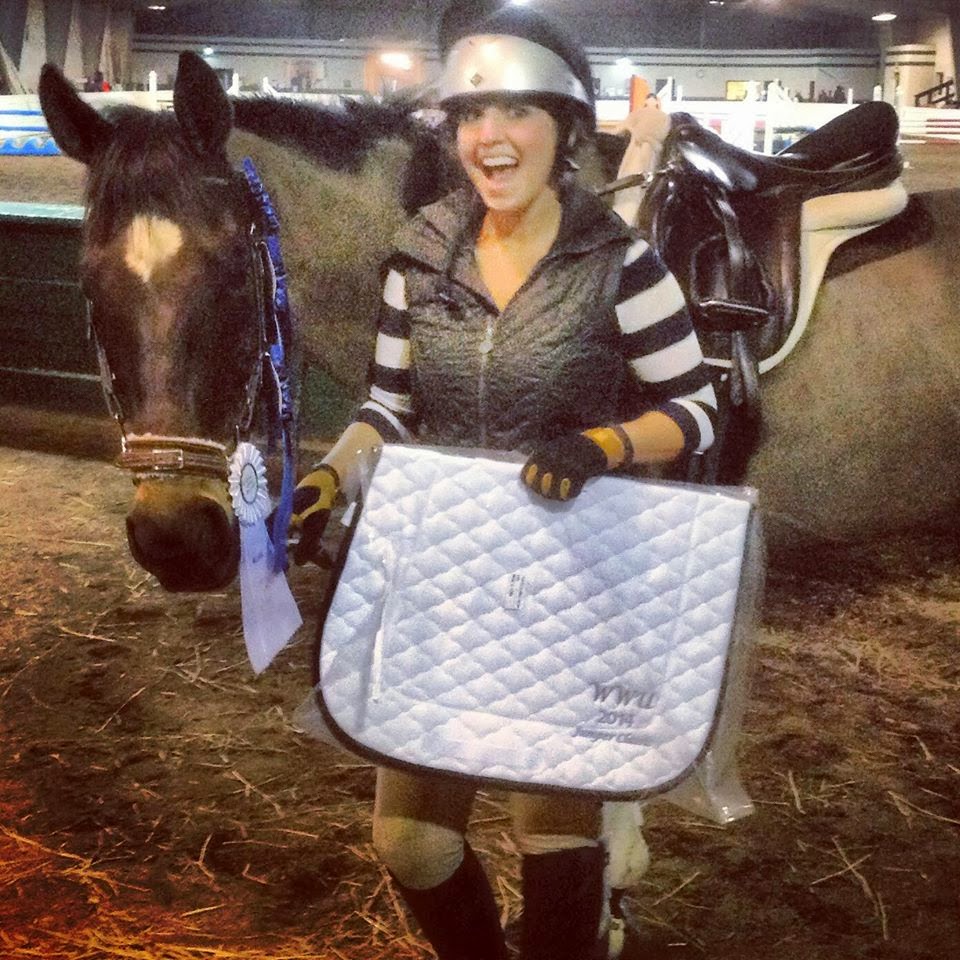 We even won a saddle pad! I've never won a pad before. I was super excited. Hastag horse swag.

Our next show is April 6th, dressage, then mid April we will go XC schooling in prep for Queeny in May!! Happy show season is finally turning the corner.