I DO apologize for the cliffhanger, but I had to make ya'll wait for it.

It was SUPER hard keeping this a secret and has been in the works for a few weeks now.

As most of us know, this year has been a whirlwind and not quite gone where I intended, but I am NOT complaining. I moved, got a real adult person job, started a savings account, bought a beautiful baby horse, got badly injured, learned a few things, catch rode at a USEA show on another awesome OTTB, and got to see my OTTB baby improve and grow.

In January, another year had arrived and I was determined, yet again, to make it to shows and move up a level, or even JUST qualify for Championships. I KNEW Yankee had the potential and I knew with work we could do it. We had 2 very early season shows and ROCKEd out. I knew we had it in the bag.

I was delusional in thinking I could do it on my own, having a continuos, but not yet determined fear of large fences and competitions. Also blindly and stubbornly pushing aside the fact that I was a college graduate, with REAL bills to pay and 3 meager part time jobs that ate all of my free time. 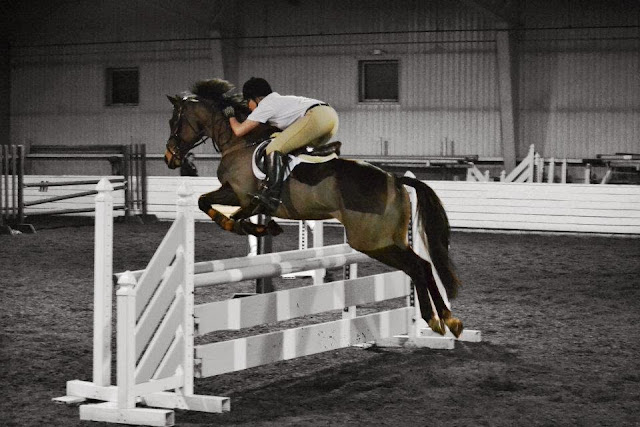 The hardest part of this year was finally accepting that I was NOT doing okay enough financially to compete, and take lessons, and clinic and do all the things. I simply was not. No amount of shifts would make this possible. Also. I finally admitted to myself that I was scared. Really truly, scared, to jump. WHAT? I was? no. Yes. I've been denying that for years, literally. And refused to believe it. But it was true. All our problems came from my fear of crashing and burning and ultimately dying.

I had never been afraid until Yankee and I slid through a fence during a stadium round, due to some terrible footing, in 2010 and were eliminated. It was horrifying. I had never failed like that before and it ate me up inside. From that day on, I changed. Then I fell at a show in 2012. HARD. On XC no less, and again elimiated. I was done for after that. I ignored the feelings of fear and pushed through but Yankee knew, and he started refusing jumps. I knew deep down, but didnt want to admit it. It was too hard.

Where is all of this going you say?

If you stalk my FB at all, you know the answer...but for the rest of us, I would like to announce that this fine ass, 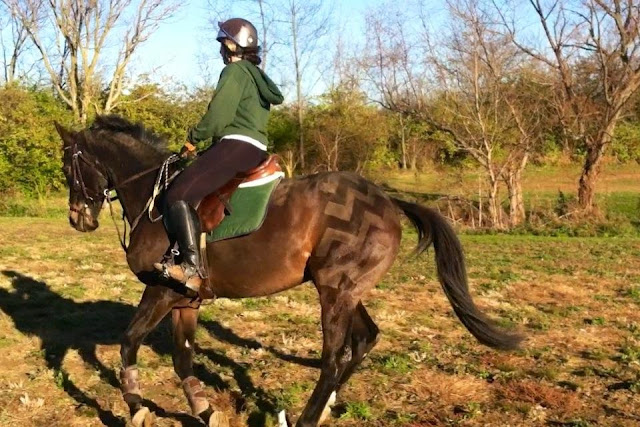 Before everyone gets their panties is a wod....it is with great excitement, hope, and gratitude, as I write this, that Yankee will be joining Paradox Farm in KS on November 23, for an undefined period of time. The Stiver sisters will be leasing Yankee in the hopes of taking him into the upper levels of eventing and will begin winter training in December in preparation for the 2015 Spring season. They have 2 insanely amazing coaches and he will be ridden weekly in lessons. Both sisters have qualified and goen to the AECs numerous times and their record is impeccable. Both have OTTBs of their own, past and present and are currently in full time working student positions.

This was truly a stroke of luck and randomness, as I was not planing to lease Yankee out for another year or so.

I knew eventually he would have to move on, with the addition of Baby B joining the crew, but I did not expect all the puzzle peices to fall into my lap and fit so wonderfully.

Its going to be hard, but I am eternally grateful that my boy will be getting trainiend regualry and shown! Its even harder because our TEN year anniversary is coming up.

Its insane to think how long I've had him, and all the trials, tribulations and wonderful experiences we've had together.
We've made it so far! From little weenie fences and horrible dressage tests, to winning jumper rounds and seriously good scores.

He's been my heart, my comfort, my angel and my soulmate...in horse form 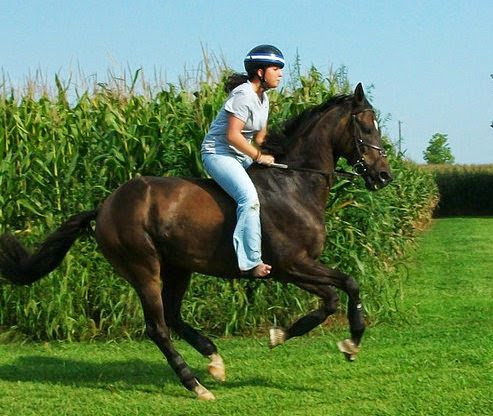 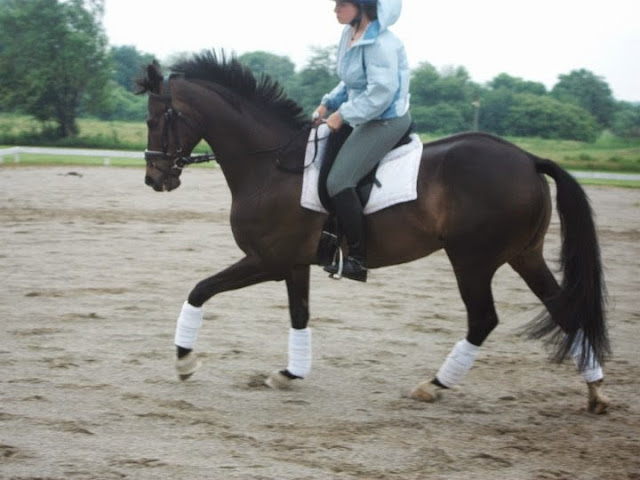 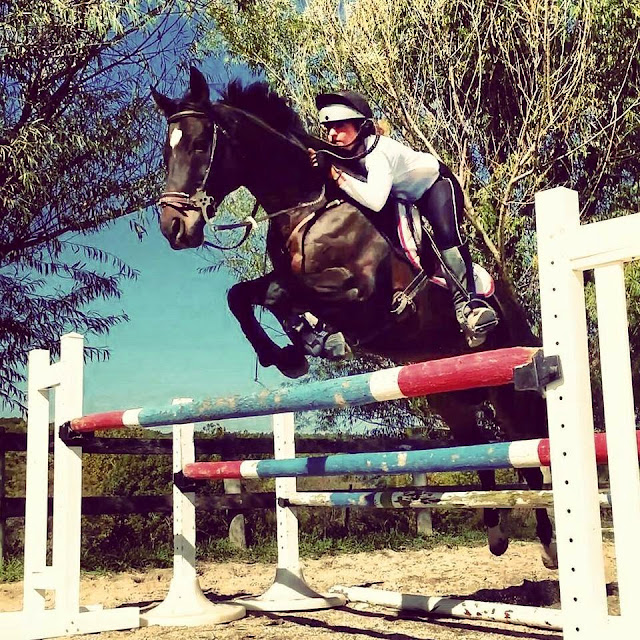 But I know that I can take him no farther. As much as I dreamed to take him 1* when I was younger, my adult brain is too cautious and self preserving to dream or rocketing around those massive XC courses with him. His adventure is to continue, with someone else.

Its going to kill me not seeing him everyday, but it will mae me SO happy knowing hes out doing what he loves, instead of sitting around my pasture, getting ridden every once in a while when I have time.

I dont want anyone to think Bacardi replaced him either. It was my intention to work with both of them. I dreamed for YEARS to have two OTTBs under my wing and it finally happened! PRoblem being, I can only do so much and go so far. I cant make Yankee any better! BUut I sure can work with greenie B. I think thats my calling to be honest.

Maybe someday I will run around Prelim, but for now, I am OK at the lower levels, bringing up babies. Its truly gratifying!

The decision was easy once I had all the facts. My baby will be in the best hands and I will get him back someday. I cant wait to see where else this truly astonishing horse can go and I hope you all will stick with his journey too! 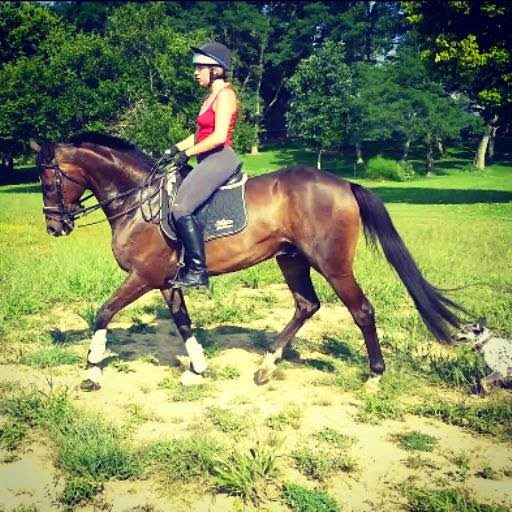 I'm gonna miss this face, but he will be running around XC living and chasing the  dream! 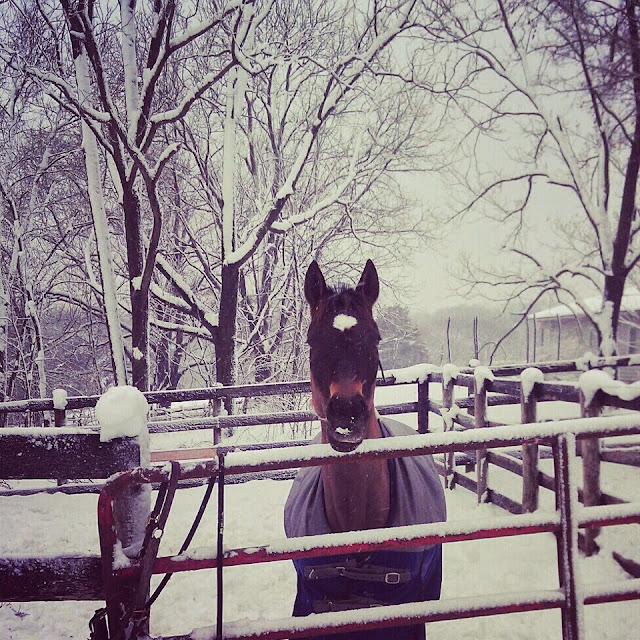 Posted by Checkmark115 at 4:28 AM 10 comments:
Email ThisBlogThis!Share to TwitterShare to FacebookShare to Pinterest 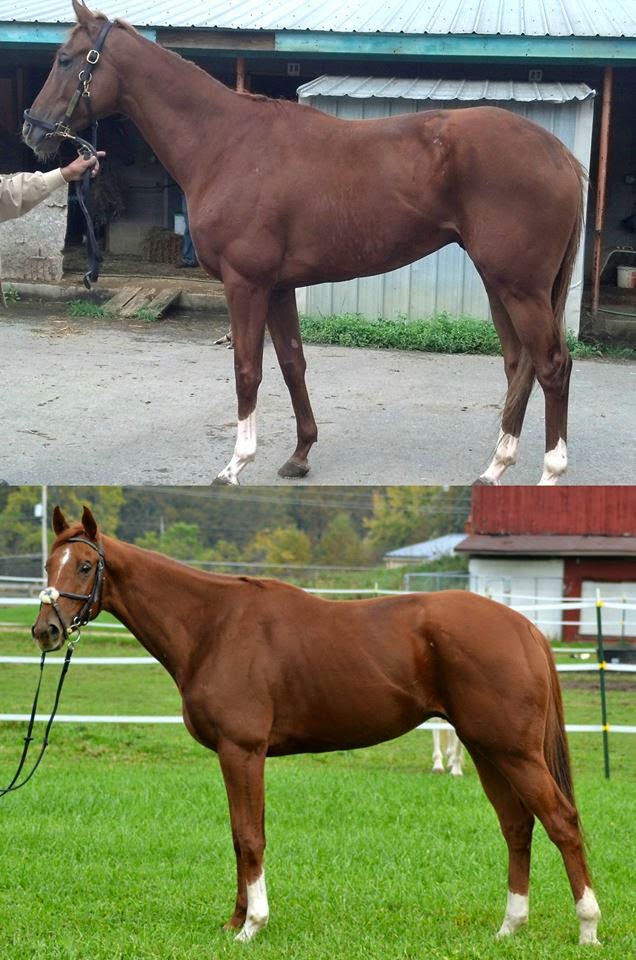 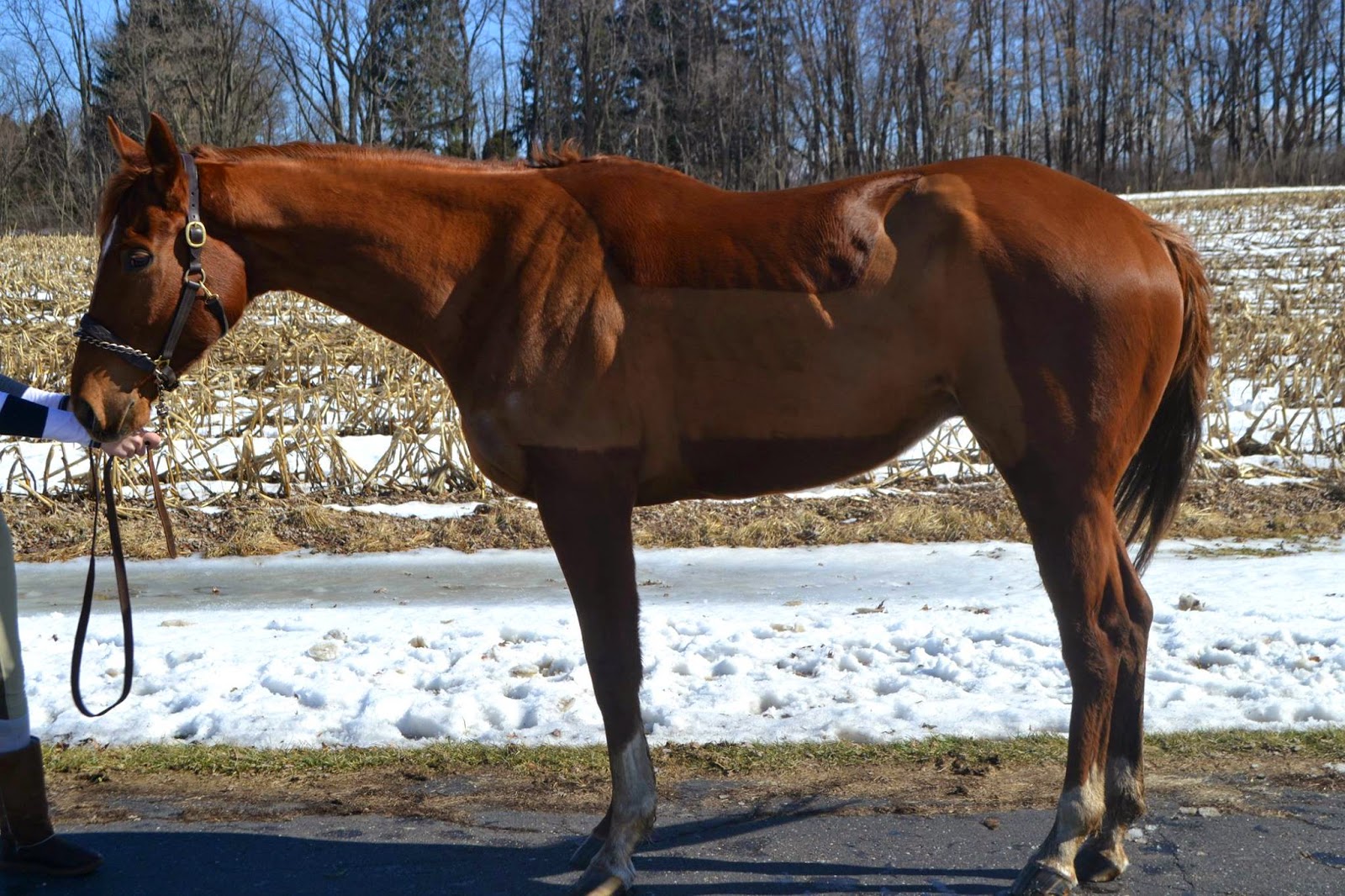 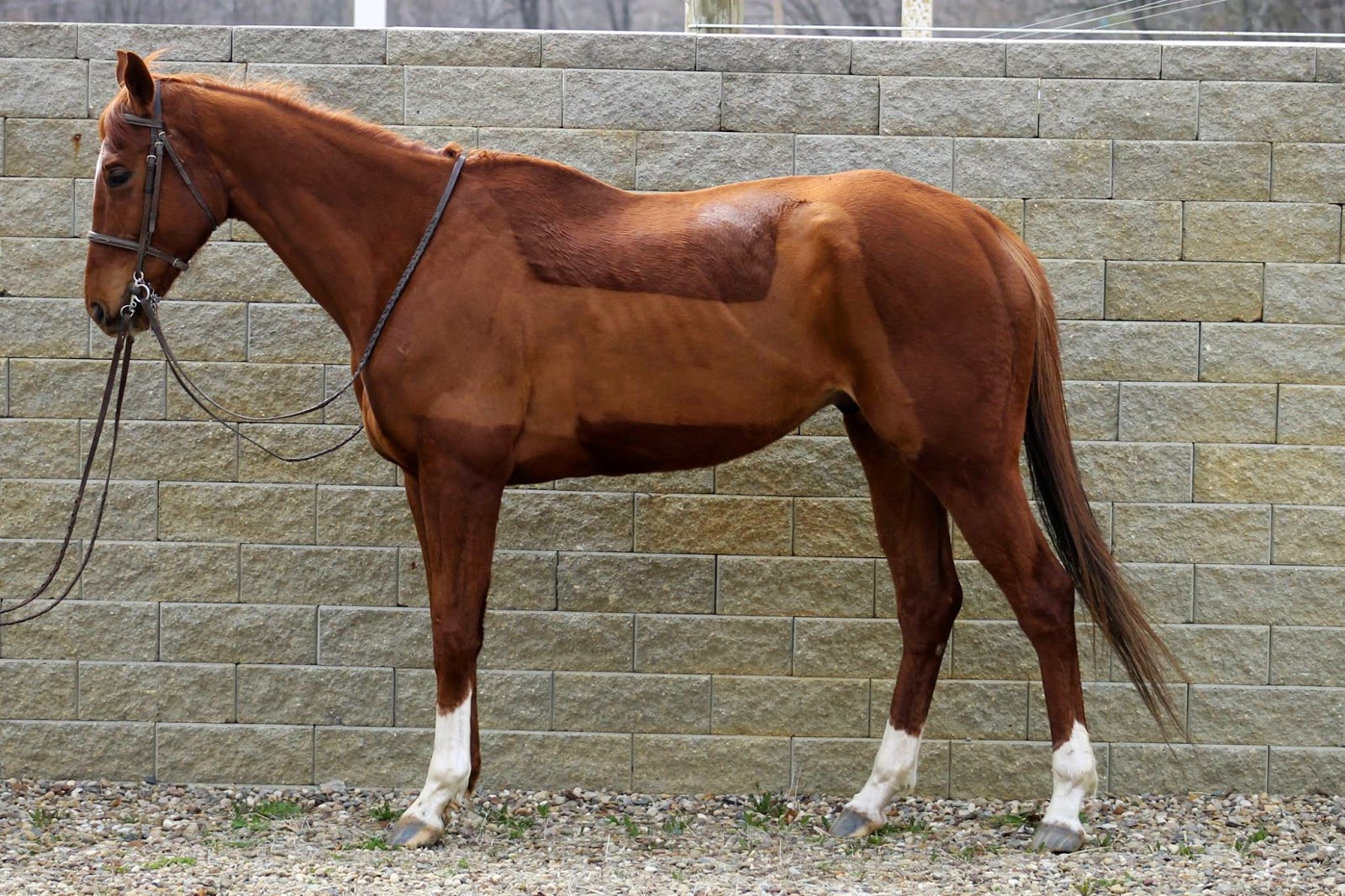 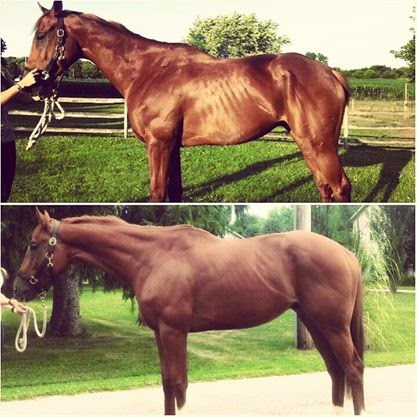 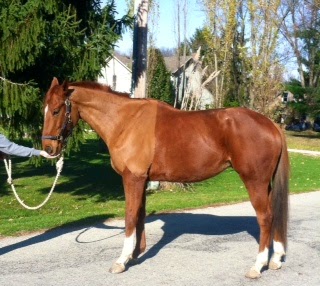 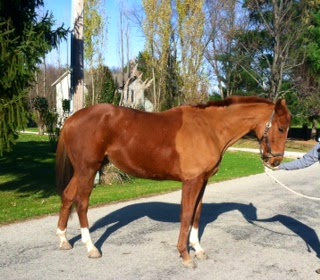 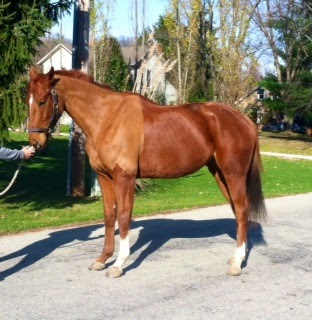 BIG MASSIVE insane news. Stay tuned for the latest happening...coming soon. (if you stalk me on Fb or insta it will most likely pop up there first)
Posted by Checkmark115 at 3:50 PM 4 comments:
Email ThisBlogThis!Share to TwitterShare to FacebookShare to Pinterest
Newer Posts Older Posts Home
Subscribe to: Posts (Atom)