....Not the most brilliant idea I've ever had...it was excruciating and I really rode like shit. Yankee put up with me well enough, poor guy. I don't know how I did it, but I imagine it was sometime at work last night, I woke up with the sorest back ever...
I should have just not ridden, but with Mill Creek 10 days away I really wanted to squeeze in one or two more stadium schools and a XC session with a few conditioning sessions (conditioning saturday) and dressage practice (one Friday).
It was a titch warm, and it was already 5:30 so I just wanted to do about half hour including warm-up, jumping and cool down.
He warmed up well but refused a baby fence four times. I'm pretty certain that was my bad. Without realizing it I was overcompensating for my sore muscle and pulling to the left as well as blatantly NOT riding the fence. Silly human.
As a result, when he did jump, he jumped badly...I mean, look at those knees... 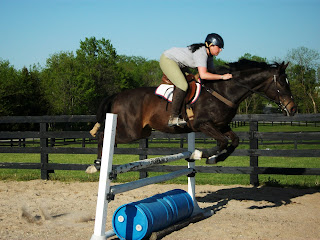 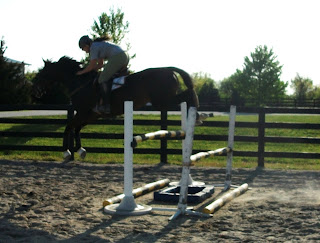 Can you tell my back hurt? I NEVER crouch like this... 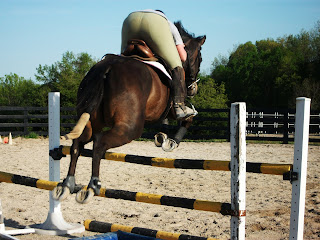 OK he didn't jump SO terrible and I know it feels worse than it looks but I now realize I should have just lunged him today or something. I had no business jumping :(
He tried really hard to jump well, but I was interefering a bit much without trying, so I kept the fences baby. 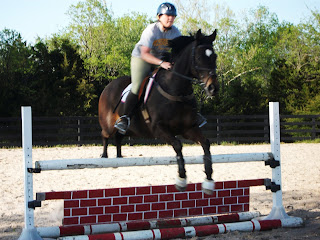 Not a bad effort, but loose knees... 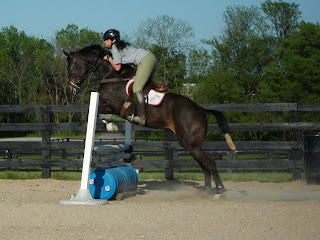 Wow could I jump ahead more you think?? 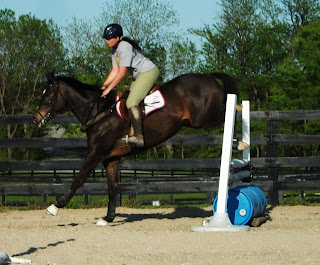 Yankee trying!
Overall, I was till happy with Yankee, but not myself. I learned that riding extremely sore is no bueno and I def. won't be doing that again! 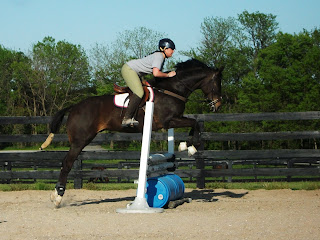 Best fence by far! Knees could still be tighter, but my position is good and he is jumping round.
Waiting anxiously for finals to begin/be over....FINALLY turned in my two big papers...2 paintings due next Thurs, and my first final Friday, in spanish. I will have to retake, but at least I passed my last exam...at least..le sigh.
After Mill Creek, T-shirts WILL be made people!! I will re-post pics and add pricing, as well as the Dressage Tee I am working on. I think it will say, "Dressage: Extend it", like how I said, "Eventing: Just Jump It". Sound good? Ideas?
ALSO, thanks to our now 35 followers! WOOT, love you guys!
Posted by Checkmark115 at 7:31 PM 4 comments:
Email ThisBlogThis!Share to TwitterShare to FacebookShare to Pinterest 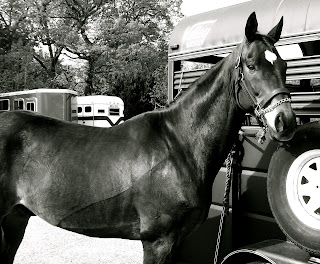 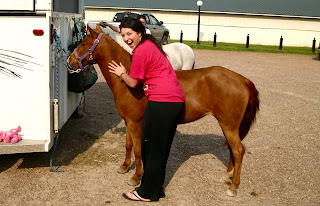 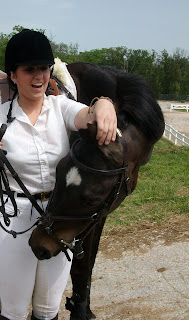 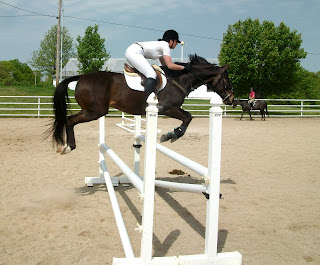 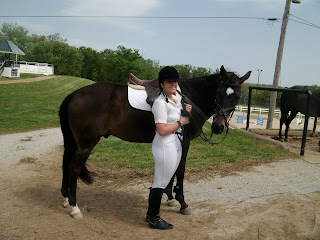 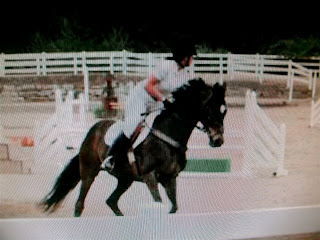 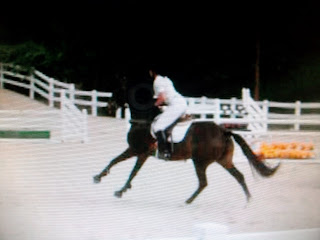 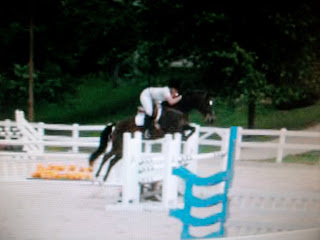 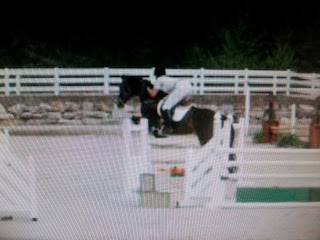 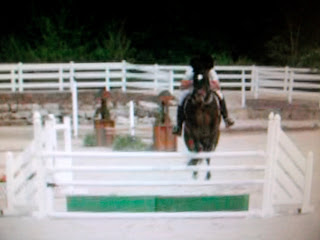 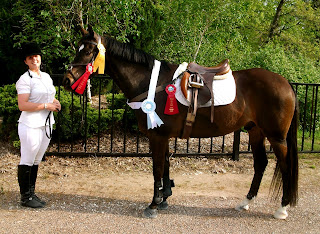 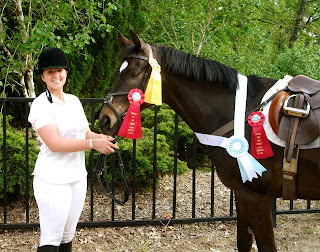 I was so happy with how yesterday went!
I KNOW our stadium will be good in two weeks, since I jumped higher yesterday than my course will be. I feel extra confident and in a good place mentally for the stadium round for mIll Creek. Now if only I felt that good about finals....
Posted by Checkmark115 at 10:52 AM 8 comments:
Email ThisBlogThis!Share to TwitterShare to FacebookShare to Pinterest
Newer Posts Older Posts Home
Subscribe to: Posts (Atom)