Before I get to the meat of this post, just wanted to let everyone know Isis is doing pretty good for having her butt torn apart. Its infected, as to be expected, but Jackie is doing all she can to speed the healing process. Thank you for your well wishes!!

You all should know by now that my ponyface is adopted.

I got him from New Vocations as a wittle bebe TB off the track, aka OTTB. I know some of you are opposed to the breed, but with him and numerous others, I can find nothing better and I've owned and ridden almost every common breed out there.

There's just something about the OTTBs that are so special and if you talk to anyone who has adopted I'm sure their story is the same. Loyal, affectionate, powerful, graceful, smart, athletic, beautiful...all of it. They are everything. To me, the perfect breed.

A fellow blogger started making T-shirts for us OTTB lovers, and her company has since exploded into a multinational business. I saw the other day someone from Europe wanted her shirts! She even has the MOST adorable jackets (UM, CHRISTMAS LIST, k thanks.) and coolers for the horses. So awesome. I love it. Its called OTTB Tee's and you can find her on Etsy and FB. 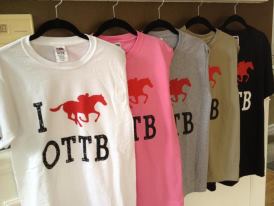 The link for Etsy is here!

She is also having a contest to win some merchandise and I live for free things. Problem is, I'm down by like...60 votes. There is no way they are getting that many votes without asking for them. I'm caving under peer pressure and asking you guys to vote for Mr. Yankee and I so I can win some free stuff! YAY FREE THINGS. ALL THE FREE THINGS! 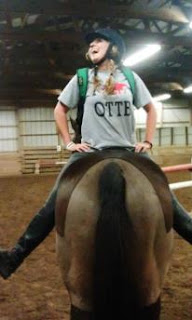 The contest is to submit a picture of you and your OTTB with ONE word to describe "you" (Yanks an I). I picked 'quirky' because I feel that is the epitome of our relationship together. He is a major goofball and I'm a wild child.

The link is HERE to vote. Just "like" it on FB! 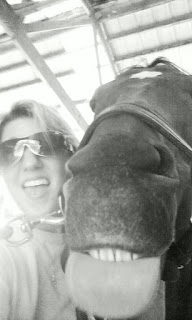 If you guys wanna help me out, that'd be pretty sweet. The contest goes till November 19, (very fitting that it is also election month) so head to the polls preese :D It'll only tai a hot second ;)

I realize I'm up against Ms. Lucy and Mr. Cuna...I might lose. haha.

Posted by Checkmark115 at 1:57 PM 3 comments:
Email ThisBlogThis!Share to TwitterShare to FacebookShare to Pinterest

Moments When We Want To Die.

This post is more than exceptionally gory. Like really, if you have a weak stomach I'd advise you to go no further. But if you have morbid curiosity like me, please do go on.

Now that I've baited your minds, I shall distract you for a moment by asking if you remember Ms. Isis, Jackie's babygirl. 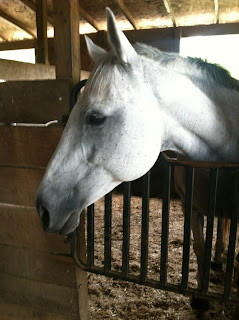 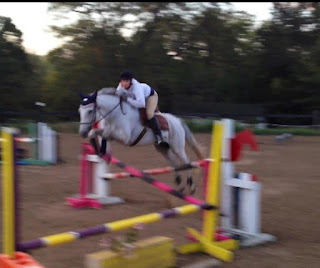 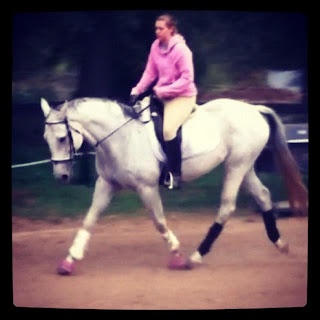 Yeah, she's pretty sexual. I have a thing for greys too so I find her even more beautiful. That, and her tail kicks Yankees tail's ass by like a million strands.

Jackie has been diligently working with Ms. Mare for 3 months, since she was all kinds of cray cray and barely knew anything. That and she threw some mean temper tantrums. I probably would've given up ages ago on her but Jackie didn't and now hot mess is hot mare.

But we all know that when the stars are seemingly aligning, its just a false sense of security.

You know something bad is about to happen don't you? 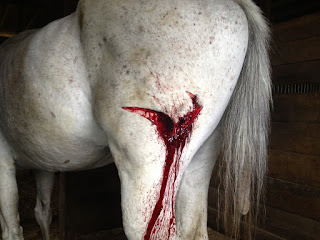 Lets look at this from a different angle... 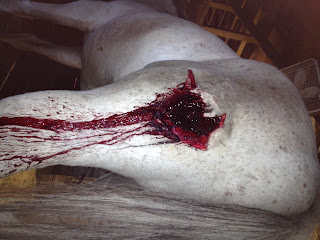 Yeah, just a flesh wound, no worries. Minor scratch. That must just be blood covering up the wound. Aren't we always told it looks worse than it is?

Meanwhile,  Jackie is seemingly keeping her shit together on the way to the barn, while I'm furiously texting her asking what the fuck over and over. 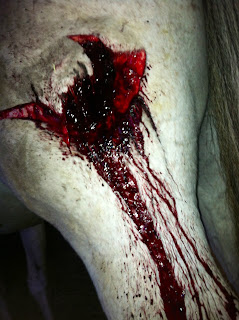 Anyways, I'm over here more than 2 hours away dually grossed out and sickly curious as to how the eff this silly mare could've done this in a STALL. Repeat....stall.

Turns out, the horse next to her decided he hated her and provoked Isis and they started fighting through the stall. Other horse kicked out, broke a board and Isis ripped her flesh on it. 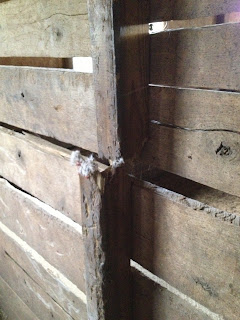 That is one massive splinter in the ass. 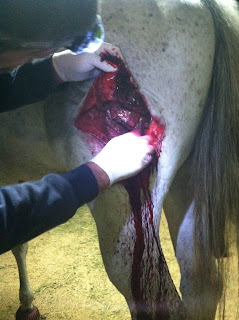 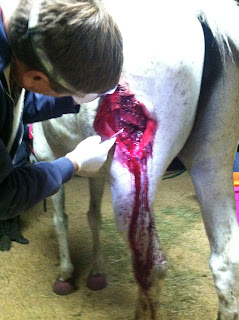 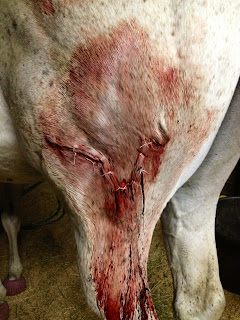 All bedder? Maybe? Jackie told me that the vet literally had his arm up the stabbing and pulled handfuls of wood out of her body. Also that he had to sedate her with the amount that would knock out a Budweiser Clydesdale. Bitch did not want any human messing with her butt. I can't imagine why.

Her actual words "Yeah I saw bone. All muscle just mangled. He literally had to stuff the red muscle back in her body and stitch the white muscle over it hoping it would hold. He then told me the stitches wouldn't hold and I should expect that. Also that she may never jump again, so thats awesome. Oh and she needs 2 months off, possibly more." 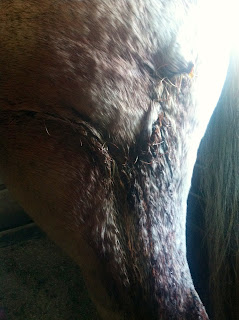 So friends. Count your blessings that your horses didn't tear their ass apart. I would die.