I know I always have an excuse for my hiatus from blogging and this time its simply that I took a semi-step back from most social media. Too much negativity. Also, school and work is killing me AND I'm in the middle of remodeling my new house and moving in. I barely posted on the gram, didn't read blogs OR post, and did my best to avoid Facebook. 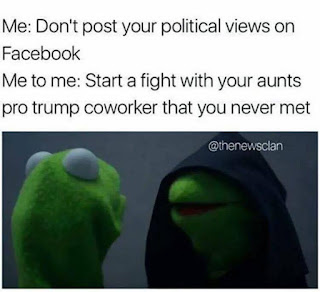 Failed miserably to be honest. I literally can't help myself when I see ignorant comments, re the new administration, especially Obamacare because insurance is LITERALLY my job and people are so ignorant. I'm weak, OK? And like Courage, I have opinions.

Additionally, healing from the touch of pneumonia I had/have has been rough. Now that I finally don't feel like I am dying, I'm still reminded that I am indeed, not fully healed because I gasp and almost pass out traversing one flight of stairs. Thanks lungs.


Of course this means yet again B has been on a prolonged break. My friends did a pretty good job schooling or lunging him every other day or so, but he hadn't been jumped much or really schooled in dressage correctly. Kind of shitty when you're trying to sell said horse, but it is what it is.

The good news is I got a FAT tax return, so I am hoping to take him to a few shows in the remaining winter much for funsies. Praying they pay off and its not a waste of my tax return, because I really should be saving it. 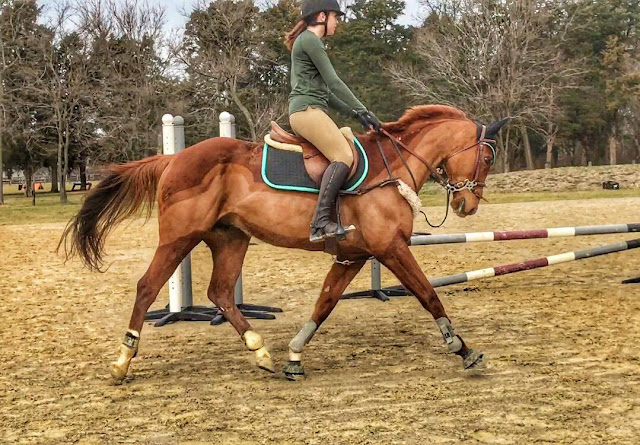 L rode him two weeks ago outside over some fences and he had way too much fun.

It was one of the warmest days we've had in a long time and he actually broke out in a sweat. Unfortunately we were riding during lessons because training barn, so we didn't get to mess with the jump height and had to jump what was being used in lessons during their walk breaks.

He was actually a really good lad though and only wrung his tail in excitement. To be honest I thought he was going to be a douchelord about the freedom of our outdoor but he listened pretty well even in the hackamore.


I've ridden him twice in the last week but it really is too much for me right now. I am surprised I haven't passed out trying to post his trot so cantering has been out of the question and riding longer than 20 minutes is too. That plus trying to move houses means I most likely won't ride much until next week. 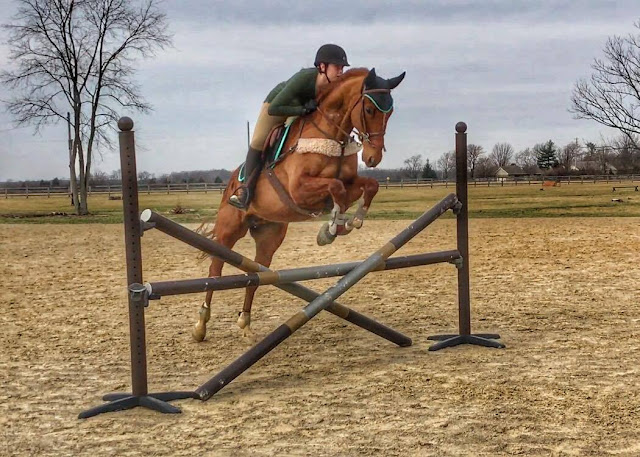 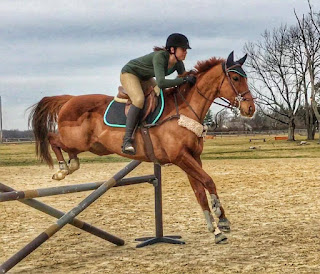 I am excited about the dressage show V and I are going to in a few weeks though and I'm trying to decide what level to ride. I know it seems lame to say its between intro and training level considering he's def 1st level, but he's actually never been shown and has only seen a dressage ring once during his foray into eventing (lasted all of one show). I want it to be a positive experience so I am thinking one of each.

Also I haven't memorized a dressage test since like 2014....we might get eliminated LMAO
Posted by Checkmark115 at 7:12 AM 4 comments:
Email ThisBlogThis!Share to TwitterShare to FacebookShare to Pinterest
Newer Posts Older Posts Home
Subscribe to: Posts (Atom)