It has happened. After multiple people scheduling to come see him and then canceling, I got an offer on B, sight unseen no less and she will be here in two weeks to try him. My fingers are crossed in so many ways. Of course I want him to go to a well-matched, fantastic home...but I also REALLY need home boy off my list of things to spend money on.

Anyways. In preparation for being mostly horse less, hopefully soon, I have taken up a *new* hobby. I say new, because its not really, I've just gotten more serious about it since kicking the pneumonia bug. If you've read my blog for a few years, you may remember that I Crossfit. Or did, a lot. Lately I have been taking a step back from that and shifted more into powerlifting. Not sure if anyone noticed the thickness of my thighs, but uhhh, they thick. And strong AF. Its like I was made for it and I am not really made for CF. Way too much upper body work.

Regardless, my powerlifting sessions have absolutely been mangling my body. Some days I LITERALLY roll out of bed because I can''t even sit up. Its hilarious. But it does not make for a body that rides well; discovered this on Sunday.

B has had some time off (surprise to absolutely no one) due to his face wound, and has been kept in and on a strict regime of meds, just in case. The swelling finally went down enough on Sunday that he wasn't in pain anymore and was basically running me down to get outside. It was then I decided he was well enough to be ridden again. 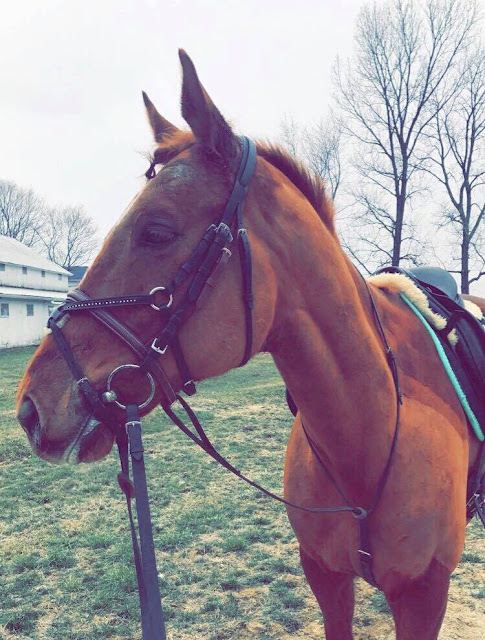 Obviously though, a browband was out of the question. I got a good laugh out of it, and hoped that the browband wasn't actually a super essential part of the bridle and we went outside to ride, since it was basically 70* in February.

Considering we were both sore AF, I wondered how it would go, especially after a few days inside and about a week off.

He minded well on the lunge after a buck or two and was a pleasure to ride. I thoroughly enjoyed myself, despite flopping around like a total goon. My abs felt like they might break and obviously it was easier to fold in half than hold myself upright and ride like a normal person, but he was still fantastic.

A bit hyped for the flying changes, but I didn't mind at all. He came right back to me and was completely relaxed and soft for the most part. He could have been a bit more engaged, but honestly, I was riding like dog shit and I let it slide. I was pleased overall, and luckily snagged a girl who was walking by to video a few minutes for me, hahaha. 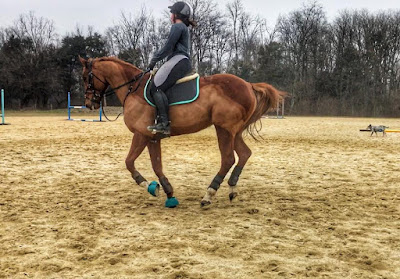 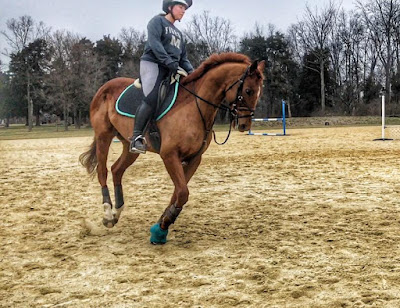 My abs have since recovered and tonight I plan to get out there and do some jump work. V rode him yesterday for me, bless her, since I had a small issue to handle after work.

Mostly my goal from here on out is just to keep him in work until the girl comes to try him and hope she likes his cute butt. 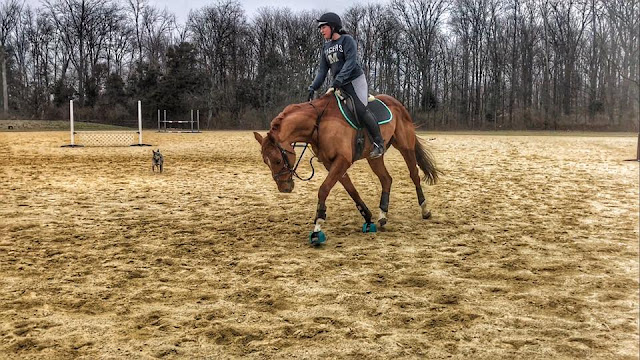 
Posted by Checkmark115 at 2:17 PM 13 comments:
Email ThisBlogThis!Share to TwitterShare to FacebookShare to Pinterest

I was going to write about my ride with B yesterday (which was great btw) and was then reminded by FB that the anniversary of the worst day of my life was yesterday/today.

Thanks FB, this is why I keep you around.

For real though, it was such a horrendous, stressful, god awful day, I legit forgot the actual date. I knew it was coming up but couldn't remember the exact day and truly did not want to look it up.

Whew, the feels are coming back strong.

Despite wanting to take  step back from showing and riding, I still love horses fiercely and it gives me no greater joy than to walk in the barn and see my pretty boys staring at me, begging for cookies. Nothing is better than that.


To think that colic almost took my boy away is almost too much to think about sometimes, so I usually don't. Instead, I celebrate every single day I get to see his cute face and watch V work with him and kill it at shows (like yesterday with a 26 in USEA training level dressage and 67% USDF 1st level test 2).

I try to not freak out about the weather, but its been pretty wild in rollercoaster temps.

I sincerely hope no one ever has to go through that ordeal with their horses and I implore all of you, despite any of our differences, to go hug your ponies and give them extra treats because you never know when the worst can happen!


Posted by Checkmark115 at 6:53 AM 7 comments:
Email ThisBlogThis!Share to TwitterShare to FacebookShare to Pinterest
Newer Posts Older Posts Home
Subscribe to: Posts (Atom)