I feel like I start every post with and "I'm sore" statement, but seriously Yankee has had a trend of being a brat and it requires more muscle exertion than usual. Yesterday this would be my shoulders.

I think he almost pulled my arms out of their shoulder sockets. OTTB ass.

We've put in some good work this past week and I think mostly we are both just tired and he is especially grumpy. We spent most of yesterday fighting because doing things the proper way is hard.

Yanks has started  anticipating flying changes too, now that we have them *mostly* nailed, and its getting annoying.

Ponyface is one of those "grumpy lead change" horses. You know the kind. Ears pined, grumpy face, tail swish...but he does them. So thats nice? 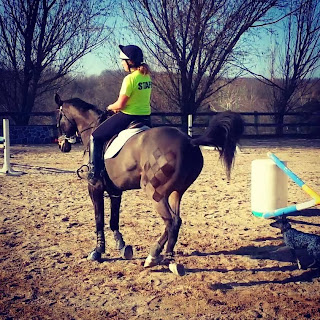 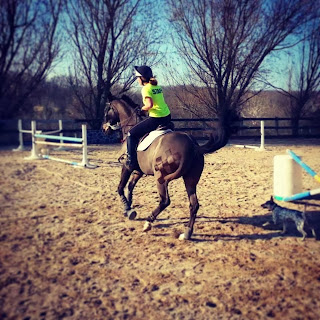 He also tends to be exceptionallly exuberant in changes... 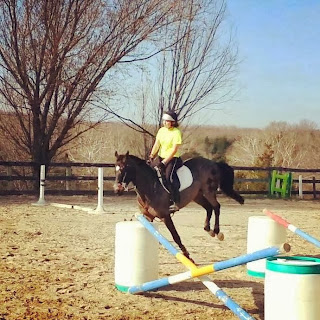 It would help if I would stay straight and released more with my inside rein...so theres that to work on.

Beast was also ON FIRE yesterday...and not in a good way. Talk about long spots, bucking, dancing sideways and overjumping. 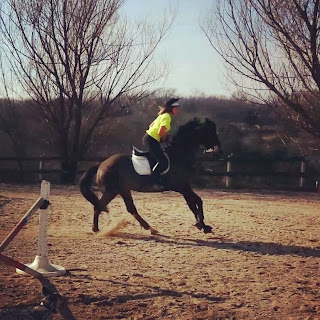 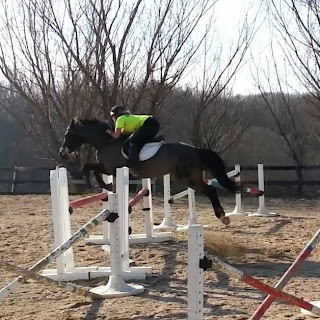 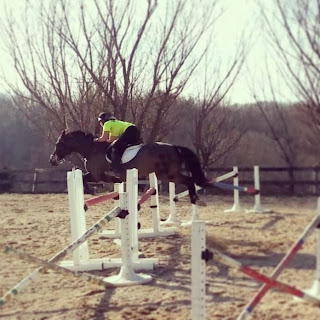 At least Yankee is fucking majestic when he's sassy.

We had a few good moments. Only a few. But mostly he was a ratchet mess and even knocked 3 poles due to a flat canter and simple disobedience. GAH. My Arms.

Also, got a cool pic of a trot/canter trans

You might note that is is fucking december and I have a T shirt on. Yeah welcome to the midwest. When 3 days earlier I was... 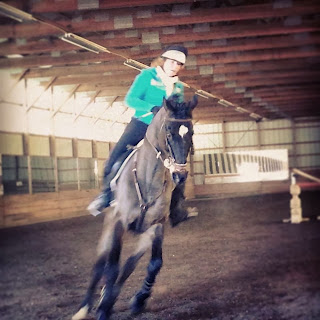 .....Freezing my ass off and had to jump in the indoor.

This was quite the rambling post but when I'm cleaning/listening to music my words are just not there. But pretty pics?

I uploaded my vids from the past 2 rides on my channel on youtube, but since his behavior was embarrassing I didn't post it here. Hunt me down on youtube if you REALLY want to see, ha.