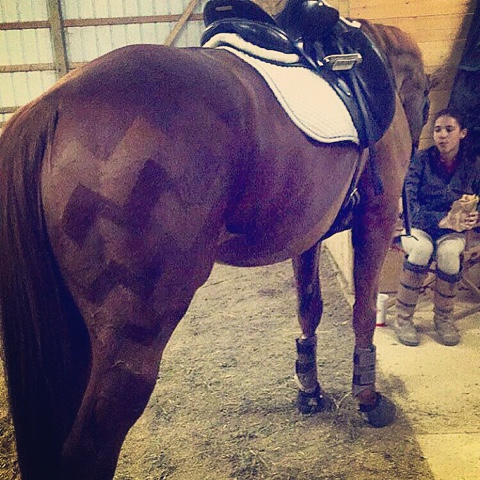 I most likely did it too early since he grew it all back in 4 weeks, but it needed to be done. No one wants to be working in 80 degree weather with a winter coat.
If you're not caught up, I randomly decided to re clip him on Monday, but my blades were terribly dull and I'm currently nursing a shoulder injury and I only got one side finished. 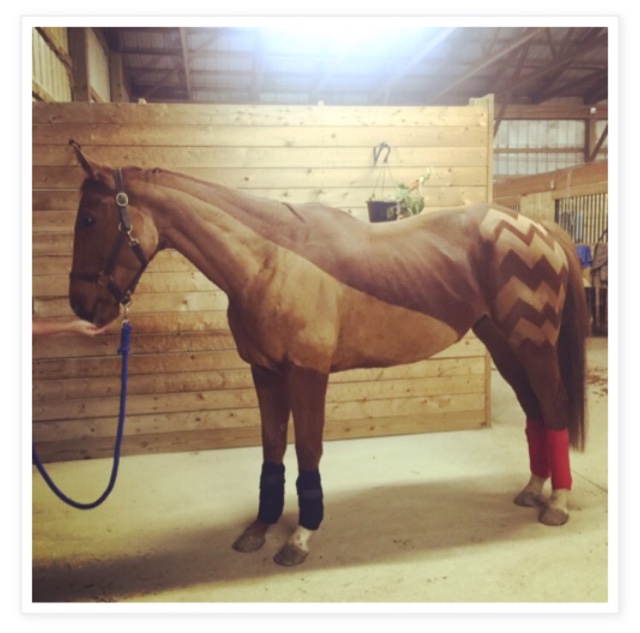 Yesterday I came into some cash and logically spent most of it on clipper blades. Because clipper blades are more imperative than gasoline or food, obviously. That can wait one more day.
It was then that I discovered that I have a real problem, when I realized I now own four sets of clipper blades; 3 very old and very fucked up sets and one shiny new set. 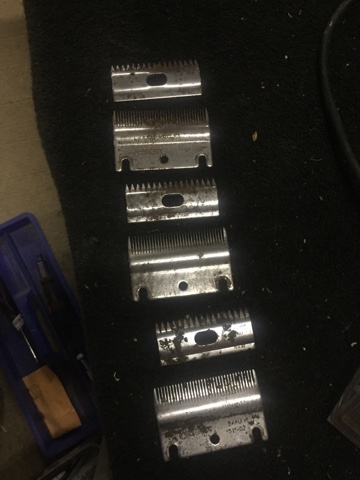 Halp.
At $40/set, I should probably just find a blade sharpener guy...but no. Going to the store is easier and probably just as expensive as getting them sharpened, right? 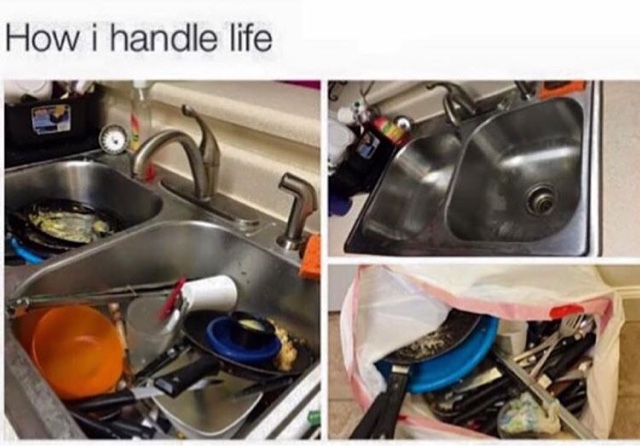 There's nothing like new blades though.
Something is very satisfying about smoothly cutting through horse hair like a hot knife through butter.
Bacardi pleased me as well, by standing stock still for this session. A radical
improvement from last year with drugs and sedation and several sessions. The only thing he was skeptical about was trimming his muzzle. I'm pretty sure he though that the clippers were some sort of horse nose devouring machine and he wouldn't let me near his muzzle with them turned on. However, clipped his face just fine. Good man.
I got a little squirrelly and kept making adjustments to the clip. 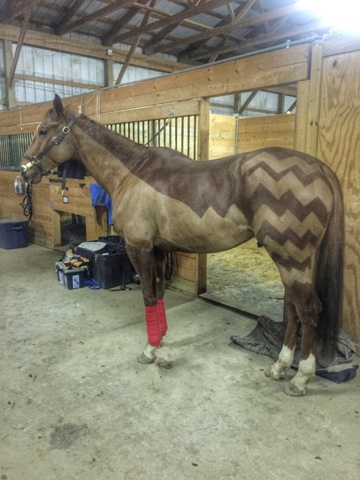 He kinda of reminds me of a dragon with  bright red polos and chevrons all over, but I think it's....creative. Not exactly what I was going for, but that's what I get when I freehand with my left arm.
Good news is he looks really dapper with tack on and I can't wait to get more pictures...when I can actually ride again. 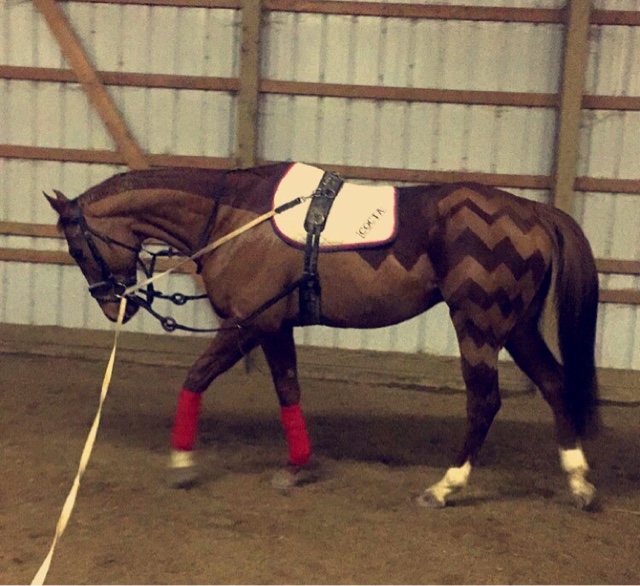 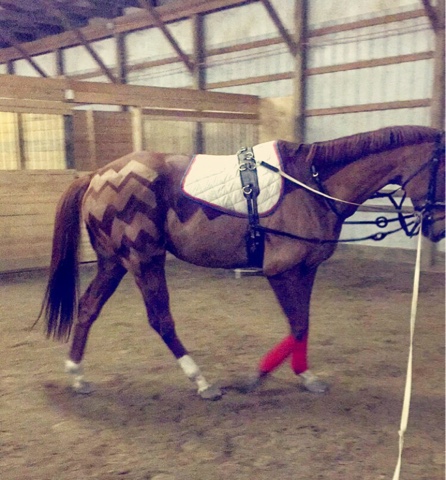 Didn't get great news from the specialist today, and we are rushing to get an MRI. Fingers crossed I don't need surgery, since I just visited the hospital less than 8 weeks ago and was FINALLY  getting back in the groove.
So it looks like no lesson Monday and I'm being grounded for now.
Why does this always happen :/
Posted by Checkmark115 at 9:53 AM 7 comments:
Email ThisBlogThis!Share to TwitterShare to FacebookShare to Pinterest

Most adults who adult are very familiar with the notion that we must adult in order to have pony time. But to have pony time, sometimes we must shirk adulting duties. It's a rather unfortunate catch 22 I'm becoming more and more familiar with.
Lately, life has been super overwhelming and coping is not my strong suit. Usually I'll sit down and make an attack plan and then really look at it and panic and go lay in bed and watch Netflix.
Coping. 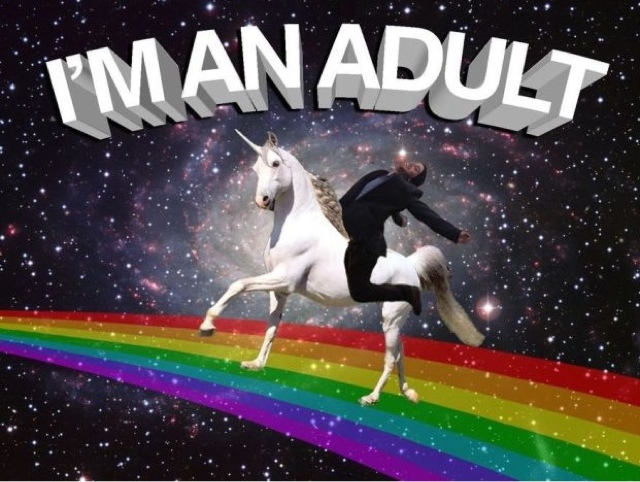 I was unfortunate enough to have an entire 9 days to adult while Bacardi recovered from an uncharacteristically short trim. I played it on the safe side since we aren't competing, and gave him almost a full two weeks off. Why not right?
Unfortunately because I am a terrible adult, I used most of my free time at night to go to bed early and left my to do list hidden away in my planner. CANT SEE IT DONT NEED IT. 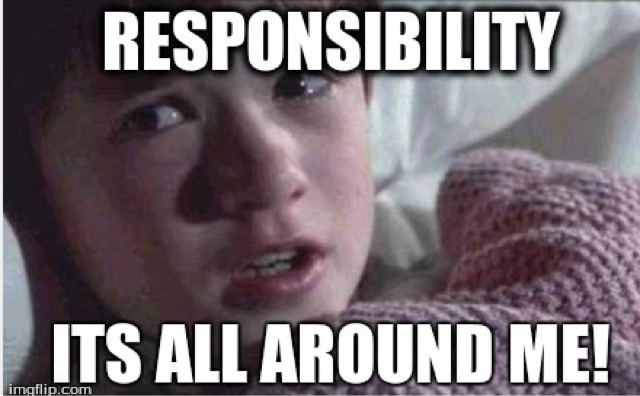 This left me with a million things to do  in the shirt span of a few days, and a personal injury to deal with and I almost imploded.
A trip to the barn was needed.
I'm finding if I don't have time or reason to ride, I fully skip out on visitation completely. My inner adult can't justify spending the gas to make a trip out just to pet and love horse, but sometimes it's really needed.
If anyone is not yet aware, 7 years ago I fell off my horse and shattered my elbow. After surgery and PT it still is "stuck" and I can't fully extend it. For about 6 of those years it never really mattered. But then I started Crossfit and a lot of the work we do is overhead. Like a lot. And I can't extend my arm. Lifting is hard for me. To compensate, I keep my left arm bent in all overhead lifts as well, which really isn't conducive to gainz. And apparently, naturally, over the last 7 years my body has guarded my elbow and in turn my right shoulder is wearing down more and more. 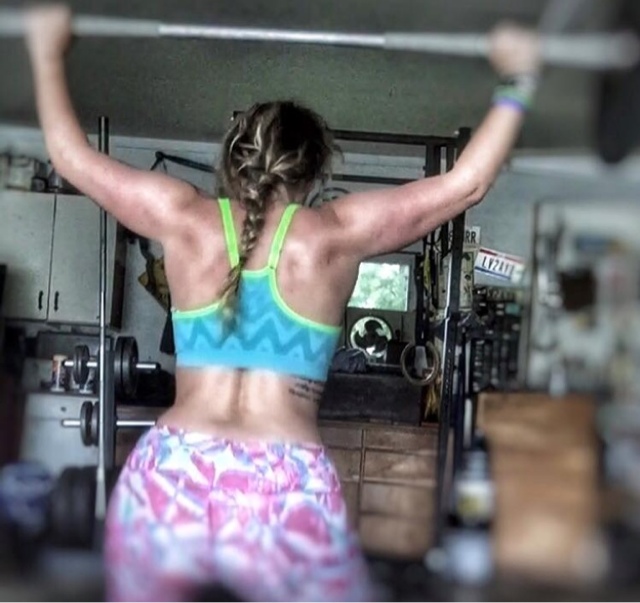 I finally addressed the issue with repeat therapy when I maxed out at 130# overhead for lifting and normal everyday things became painful. I rarely lifted overhead, and when I did I kept it well under 95# (which is cake). Essentially, I've been babying it for well over a year and extra babying it for the last 3 months and it's only getting worse due to the natural anatomy of the injury. Since crossfit is about 85% shoulder work, I've been doing a lot of nothing the last 5 weeks besides squatting and getting fat. It's depressing. 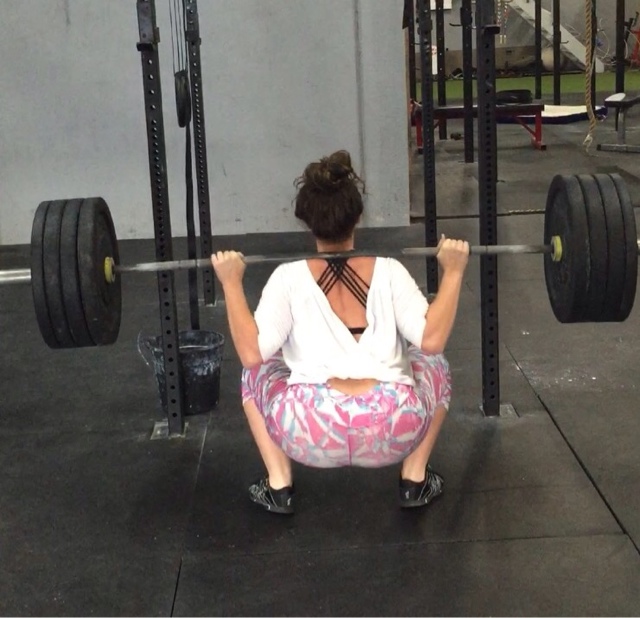 Boiled down, my shoulder is fucked despite trying my best to strengthen it slowly, and I tweaked it putting my hair up (yes, putting my hair in a ponytail) 4 days ago and I've been unable to move my right arm at all.
Problematic. And excruciating.
My PT thinks I finally tore my rotator cuff (they had been thinking it was gradually tearing after 7 years) and recommended I go see a specialist. I finally agreed (I had been putting off because money) and I see them Thursday.
Anyways, in the meantime,I can't really ride or do anything else.
So logically I scheduled a XC schooling lesson for next Monday and decided clipping my horse was necessary.
I originally had come on Monday to pay my visiting dues and stuff his face with carrots and apologize for being a terrible horse mom. Then I saw how fuzzy he got in the 9 days since I saw him last.
Naturally, my clipper blades were really dull and my normal clipping arm was out of commission.
Fuck it. 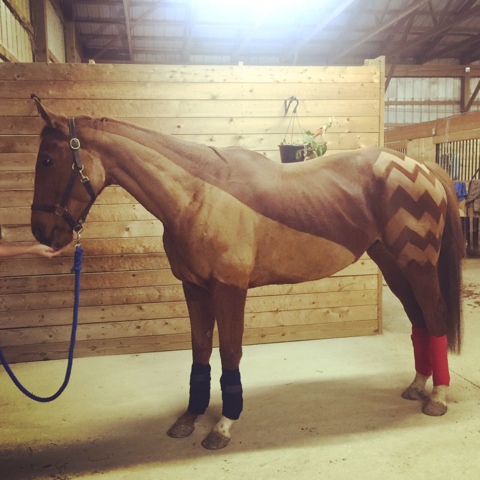 I also was like yeah let's add another chevron for good measure, doing this freehand with my left arm is a great idea.
Not.
But I was justified with like 200+ on Instagram so I guess it's fine (lolamirite). Minus B standing like a complete moron, I suppose I can live with it.
My blades completely shit out after I did the left side, so right side is still pending until further notice (hopefully tonight). We have professional (free!) pictures being taken Sunday and I kind of need him looking spiffy.
Then, because I didn't want to go home yet, I threw him on the lunge to see what was what with his toes.
Tacking up one handed is harder than you think, btw. 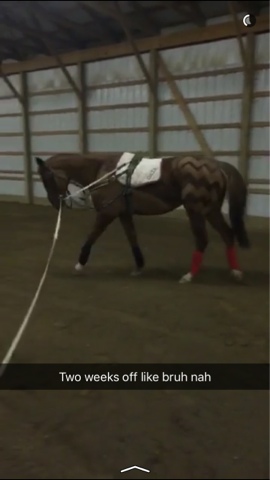 He was REEALLY really lazy. Which I was okay with for once. Puttered about for 15 min and I called it a day.
Later, because I still didn't want to go home, I just sat there, listening to the horses munch hay.
I will say it forever, there is NOTHING like it. Nothing compares to the soft sounds of horses snuffling about in their stalls, munching their hay, being adorable and majestic. It cures what ails you, every time. And for that I'm thankful.
Also, happy Veterans Day!! Thank you to all who serve this great country 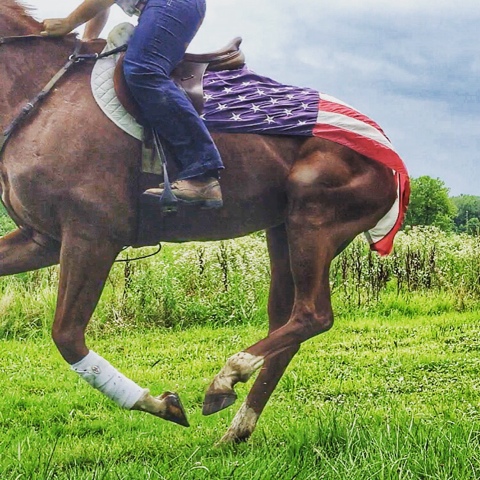 Posted by Checkmark115 at 9:11 AM 7 comments:
Email ThisBlogThis!Share to TwitterShare to FacebookShare to Pinterest
Newer Posts Older Posts Home
Subscribe to: Posts (Atom)