A Question and An Update

Hey all, hope everyone had a fantabulous thanksgiving! Even though I was away from my family and pretty down about that, my boyfriend invited me to his dinner. It was an experience for sure; we went black friday shopping from 8pm-3am (first time ever), and then I drove home at 4am from STL...and went to work at 6:30am. I was tired to say the least.

I loved hearing all of your answers about horse costs! I can say it varies a little but in general seems to be about the same overall. Very interesting indeed :)

Now I have another question, and this is a new concern of mine. I would love opinions/help/etc on the matter.

As of 2 weeks ago, Yankee has been incessantly twitching/nodding his head. It is a mystery and very peculiar. He has never displayed this kind of behavior before and I have changed nothing in his routine. Nothing. Turnout, grain, rides, stall time, etc are all consistent and he gets out from 8am-4pm everyday so I know he is not bored. Ponyface is very used to (and prefers) partial turnout.

Its starting to bug me since I'm begining to think its neurological. The twitch is weird- he will be standing cross tied or out in the pasture and every 10-15 seconds he will jerk his head up. Like a nervous twitch...but he's standing perfectly still. No pawing...no nervous poops. Just twitching.

In addition, he will toss his head over and over and over. He just stands there, flipping it. Not only is it ANNOYING but I want to know WHY. 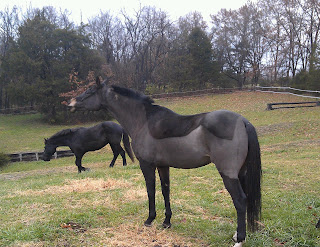 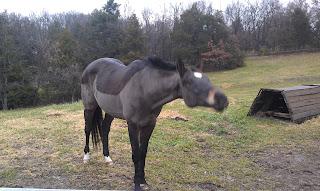 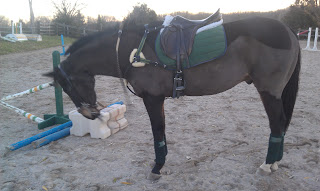 So odd. He doesn't do it while being ridden, which is great. But he obviously does it while tacked up, and will do it when we are just standing (mounted) and in the pasture like a friggin retard.. It is DRIVING ME INSANE.

HELP preese. Anyone know why this is happening??

Other than that malarky we've had some good ride this week. It was exceptionally warm in the early par tof the week but then dropped to about 20. Missouri. 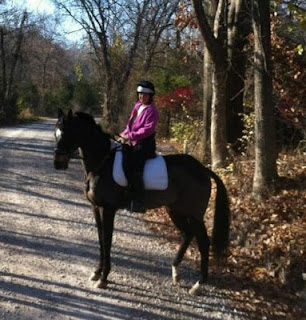 And jumped a little bit... 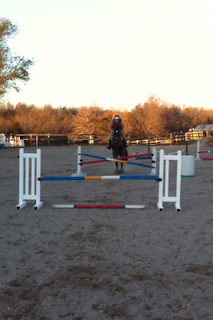 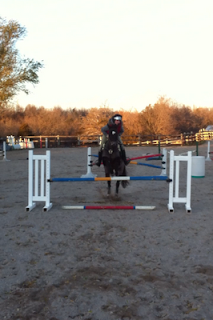 ....you know, the usual badassery. 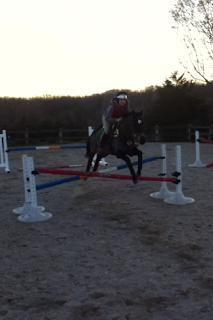 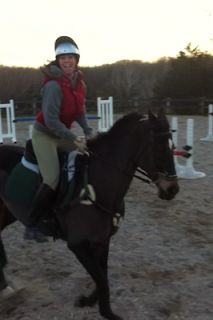 And did one little dressage sesh. He's been mighty good, loose and responsive to everything and is jumping better than he ever has before. Longer warm-ups in dressage help him be perfect in our schools (stay connected, loose, relaxed). Wish I had time to spend 3 hours at the barn though. Our jumping practice has been absolutely fabulous. He's getting better at landing on his leads (thanks to my overexaggerated asking) and coming away from the jumps more balanced and ready for the next. I'm also getter better about waiting for the jump to come and not overjumping. Too bad theres not another jump competition till January :(

I can't wait until the days stop warming up, so I can stop switching blankets from night to day. Its getting insane.