As always I enjoyed reading your responses to my last post! I try to respond individually, but this week time got away from me. I’ll explain everything once its over, maybe, but its just life outside of horses.
·

I rode exactly twice this week and both times were incredibly lackluster. He got a quick lunge one of those days inbetween too. Monday he was a giant brat, but it was weirdly freezing cold. Then it was warm. And then this weekend it was REALLY warm. So I don’t blame him, but he was still a touch difficult.

We flatted on Monday and the best way to describe it was distracted. He warmed up well on the lunge but I was absolutely exhausted from barn work that weekend and will honestly say I was riding like hell. He wasn’t zoomy or disobedient, just rather meh. As in, his nose would poke out during a transition, he needed a reminder to step under often and we couldn’t quite get that canter transition down smoothe. It was just blah. I will say he was incredibly calm, so I will take that over anything else. We can work out the kinks we had Monday, just disspointed in my riding mostly. I did get a compliment from one of the boarders who just got back from FL, stating he looks a lot better than he did when she left, so that was awesome to hear. 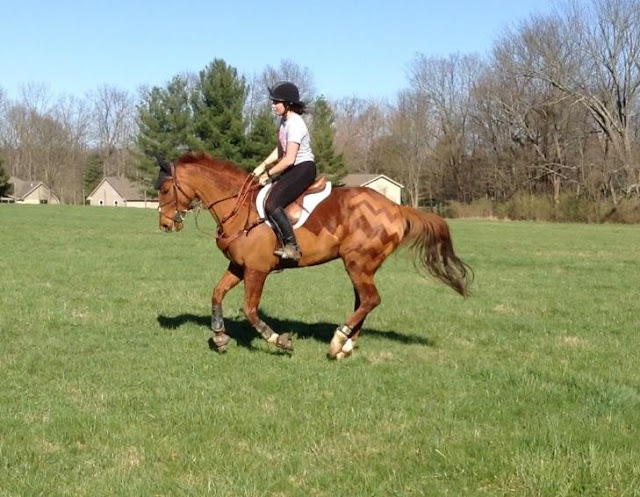 Then I sadly got overwhelmed with school (my last week in this class), work issues and getting ready for Bragg to come home. My sleep schedule has been thrown off completely with my shift change at work, and I will take sleep over gym or riding right now because I know how important it is for my overall health. So he got most of the week off, minus a quick lunge mid week.

Saturday was a gorgeous day, 68* and sunny and I wanted to jump since I had Bangor with me to video. He truly deserves all awards since we had spent the entire day getting Bragg, and then I drug him to the barn to video for me. A++++

Bacardi was feeling FRESH and I honestly had a hard time holding him back. He is a strong horse and despite how small he looks under me, he is massive. 17.2 hands of pure power and if he doesn’t want to whoa, he doesn’t. We spent a good 15 minutes in the god damn arena using pulley rein and learning that bolting indoors after fences was not cool.

He eventually got over that, thankfully, and jumped everything beautifully.

EME got a new XC fence and I decided to be brave and put it on the lowest setting and pop over it with B. I fully expected him to refuse the first time, but instead just got thrown out of the tack by an incredibly exuberant jump. I think he thought it might eat him because we jumped it 5 times and everytime he snapped all 4 legs up and jmped the moon, haha. It was adorable.


I really wanted to jack the jumps to 3’3 but I figured with limited riding that week, it was unfair to do so. He had a blast regardless and ate up the course we practiced. It was super tight but really fun to ride. A bit zooomy, but hes learning and I was more than pleased that he was so excited about jumping. Last September it was a battle to get him to jump and now he drags me around. I’ll take the latter. 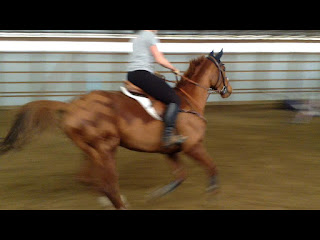 Still had fun though and he nailed his changes nicely and uneventfully. I've been working really hard on being through to the bridle and not just curling his neck and acting lackluster through his back and hind end. As a 7 year old, he's finally settled a bit and can actually do what I ask without a melt down. Its really lovely to ride, even when he wants to run because he tries so hard! I have also been working on the changes since he hs them installed. Its funny that my superstar eventer Yankee has some sort of brain block where he can't do them and then weirdo B has been doing them semi flawlessly since he was 4.

He still does them incorrectly, front to back, but he does them, does them on command while flatting, automatically while jumping and they are chill. Which I love.

I have also been incredibly conscious of MY position and have been trying really hard to get used to this saddle. I feel like I swim in it, since I've ridden in a 16 for a decade, and sometimes my leg swings around and I jump ahead or get left behind. I also have a tendency to revert to le hunter crouch, as I call it and subsequently curl my wrists and look down. Old habits die hard man. 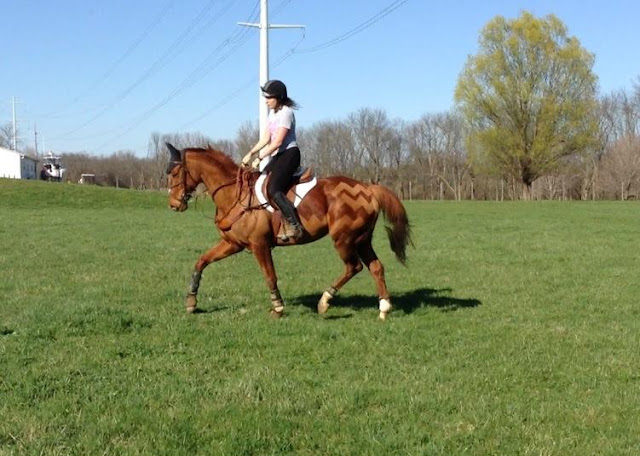 Body, what are this. LOOK UP. The struggle is so real.

Also he pulled a shoe at some point in our ride so thats lovely and mysterious. 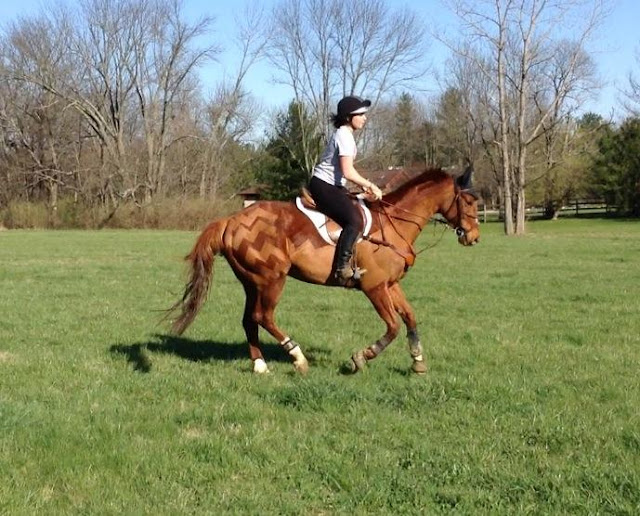 We have big plans for him coming up, but I’m keeping those under wraps until its finalized. MWUAH HAHA

Upcoming in the next month we have Yankee coming home (THIS week), races at Keeneland and then Rolex! Woo! Also, stayed tuned for the 600th post giveaway (coming up soon!)

Posted by Checkmark115 at 8:07 AM 5 comments:
Email ThisBlogThis!Share to TwitterShare to FacebookShare to Pinterest
Newer Posts Older Posts Home
Subscribe to: Posts (Atom)