Long time followers and close friends know I have the worst luck of anyone probably in the northern hemisphere.

Most people sigh and exclaim, "I have the worst luck ever" out of exasperation when things go wrong...but no. Truly. My life is ridiculous and full of catastrophic bad luck events and they usually snowball and never stop.

Its fun. Keeps me on my toes.

I wanted to share my hilarious bad luck fail friday story, even though it happened earlier in the week. Because its Friday and its fun to say failfriday.

To tie into my last post where I got sick of doing nothing even though I shouldn't have been moving about doing things like lifting and moving and all that, I still ventured out to get hay because I was in need.

I ended up buying 20 bales that I squeezed with very precarious and technical loading into my parents very NICE and TINY truck. I've never seen a truck with a smaller bed in my life. I also have scratched it everytime I've used it so they are reluctant to lend it to me. I honestly have no clue HOW it gets scratched because I handle the precious so carefully. That being said, I was confident the hay would stay and that it would last another 5 weeks or so,  and that I would not damage the precious.

Note my hay supplier is approx 10 min from my house. So no big deal, go 40 down the freeway, one back road and BOOM home with the goods. Easy. Not worried.

Driving like a good citizen, not on my phone, hazards on, cruise control on, I go my merry way down the freeway. Not worried.

Then, out of fucking NOWHERE this massive 8 point buck LEAPS in front of of me on the freeway.
IN BROAD DAYLIGHT. Why. What was it doing. Where was it going. I'm a hunter. I know MOST deer prefer to stay in the woods until later in the day out of the heat. But this inconsiderate asshole just leapt out of the corn because deer do not look both ways before crossing.

So I have .06 seconds to decide-do I swerve to miss him and risk my hay flopping all over the freeway, or risk hitting him and damaging my parents extremely nice, but almost useless truck?

As I catch my breathe and regather my thoughts and realize YAY I just saved the truck and possibly my life, I reflexively glance out the rearview and lol to myself because I see hay FUCKING EVERYWHERE and I'm like HAH SOME  ASSHOLE LOST THEIR SHIT ON THE HIGHWAY GLAD ITS NOT-...and then I realize I'm the asshole and flip to absolute freakout mode. Keep in mind this was all in 6 seconds flat.

I think my heart almost exploded.

So I flip a bitch, and assess the damage.

Literally half my hay is on the freeway. And half of THAT broke when it hit the road. Semi's are dodging the and cars are honking at me and I'm cowering in fear on the side of the road.

So, debate what to do. Rescue my stupid fucking hay or chalk it up to a loss and go home with my tail tucked.

OBVIOUSLY SAVE THE HAY BECAUSE MONEY.

So there I am.  Frantically rounding up the whole bales and then chasing down FLAKES of hay and shoving them into the CAB of the truck while avoiding traffic and feeling absolutely retarded.

All I can think is DEAR GOD if my parents find one shred of hay in this truck I am dead because literally there is 3 bales of LOOSE hay in the cab. BUT I HAD TO SAVE IT OKAY.

My life. Its ridiculous.

And here's a derp picture of me and Bacardi because fail. 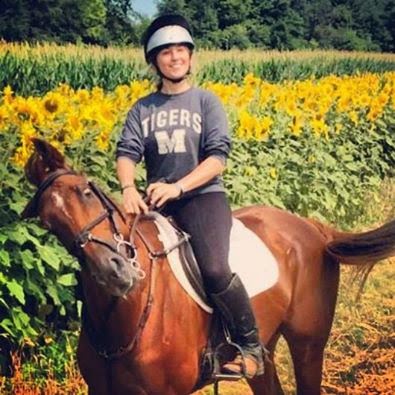 Posted by Checkmark115 at 5:09 PM 7 comments:
Email ThisBlogThis!Share to TwitterShare to FacebookShare to Pinterest

So I literally haven't lifted a finger since Thursday because surgery. Recovery was relaxing and if I hadn't been sedated with prescription narcotics I wouldve felt all sorts of anxious for being an unproductive slug.

Enough of that though.

Supposed to take it easy all week and I'm like...

So of course in typical Monica fashion what do I do?

Get sawdust. (shovel it, myself)
Get Hay (Unload, myself)
Clean out the barn.
Do stalls.
Oh and take dad for a 7 mile trail ride.

In hindsight I might've overdone it a bit. But YOLO.

We only get so many October days in July okay? Seriously though it been freakishly chilly here. Hasn't gotten above 72* in 2 weeks (minus the random 98* day). Today I wore long sleeves....I truly beginning to fear winter if SUMMER is this cold.

I really digress though.

Dad is deploying again (USAF HORAH), and even though he will be gone a very short time, he wanted to ride at least one time before he left. We just acquired a western saddle for shits and gigs (poor Yankee..I WILL be trying this on him later this week) and decided to try it out today with dad and Lilly Belle. 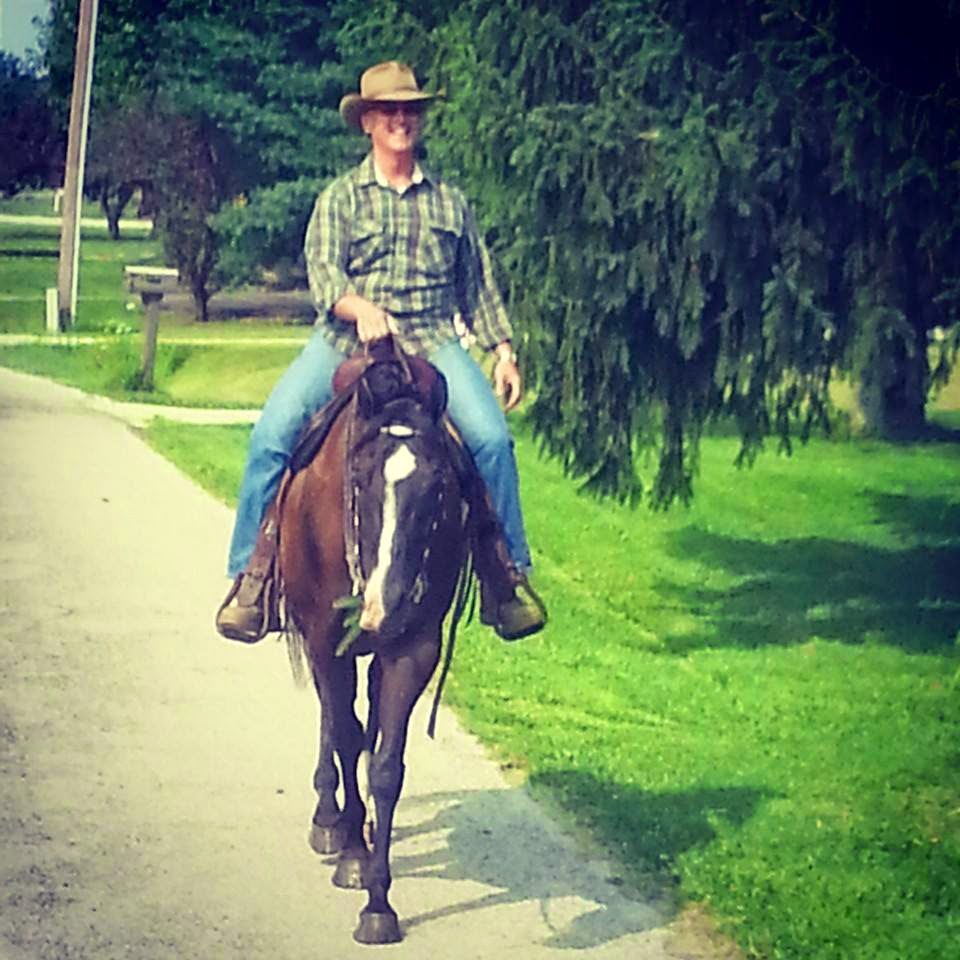 Oh Dad. You slay the cowboy game. And yes, that is a pine tree in Lilly's mouth because she's a fatty.

And here's a few pics of Bacardi being majestic. 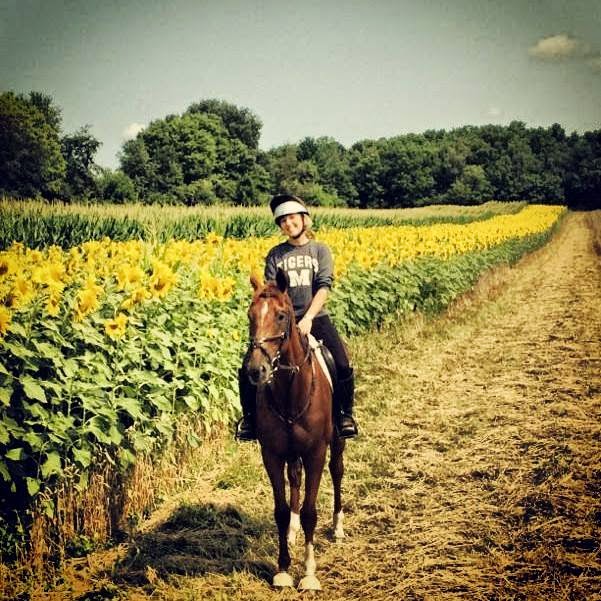 I REALLY hope I get to jump this week. Its been 14 weeks!! 6 weeks since my leg injury...thats enough time. For sure.
Posted by Checkmark115 at 1:48 PM 4 comments:
Email ThisBlogThis!Share to TwitterShare to FacebookShare to Pinterest
Newer Posts Older Posts Home
Subscribe to: Posts (Atom)