I will admit it.

I am a comment whore. I need them. I want to feel loved. Is that so bad? :P

OK now that I have admitted to you all my shameful lusting for comments I shall give an update.

I finally unburied myself from a massive pile of classwork I had...paper turned in, exams taken...today is a rest day. I slept till noon (GASP) and did pretty much nothing. Grocery shopping, and oil change was about it. I can't even muster the energy to ride. I feel like all the energy has been sucked outta me. Not to mention the deathstorm showed up in Columbia and about literally scared me to death. After calss I was taking a little nappy before work and it was glorious. However I was woken from my peaceful, regenerating slumber by death rain, death winds and the tornado siren blazing.

I am EXCEPTIONALLY terrified of thunderstorms. I mean, like full blown, sobbing hysterically, running-around-like-a-chicken-with-head-cut-off, panic.

I was so scared I could not think straight. All I could hear was "TAKE COVER NOW" via the TV and intercom around the city. So what did I do? Called the boyfriend at work, in mass hysteria, tried to explain that I was panicked and was heading over there immediately. Probably not the smartest thing to do in a tornado warning. Let's just say driving in hail and 60ish MPH winds is stupid and adding onto that, I drove about 60mph to get to the safety of the boyfriend and a solid building with a tornado shelter. Exhausting.

Back to horsey news.

I bought a new lunge line, yay. Sent in my USEA member feesu (zomg the prices went up AGAIN. Stupid economy!) for 2011 and plan to enter our 1st horse trial for the beginning of May, at the end of this month.

Yankee has been pretty good lately.

Our dressage schooling (see previous post for video, that NO ONE commented on. sad panda) has gone quite well. Flying changes becoming smoother and side passes coming more naturally and straighter. I tried shoulder fore/in and sidepassing at canter for the 1st time and he was brilliant for the 1st attempt ever :)

Jump school the other day was...interesting.

Both Pronto and Yanks were idiots and would not settle. I believe it was the unnaturally warm weather and the fact that Yankee/Pronto had never jumped in the outdoor. At one point he was so hyped, his canter became vertical. It took us like 40 seconds to cover 30 ft...so stupid! I could not let him jump with a canter that non-impulsive. 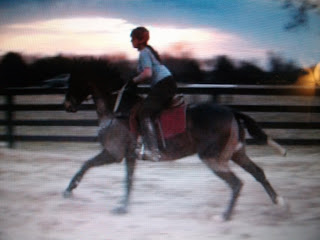 "ZOMG! JUMPS JUMPS JUMPS!!!! I MUST JUMP THEM ALL FAST and WEE LIKE!!" 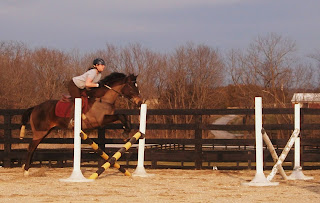 Worked on creating impulsion with a level head and went back to jumping. Stellar improvement! We jumped a 4ft oxer with a 4ft spread and MAN can that horse jump. He just gets better and better!! We practiced skinnies and bending lines as well. 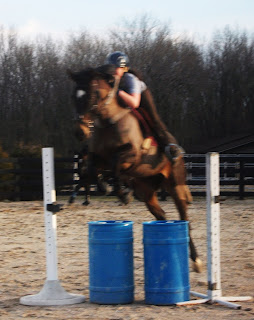 Skinnies used to not be in our vocabulary. 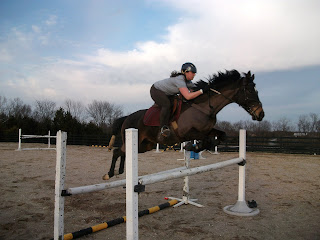 The warm up oxer 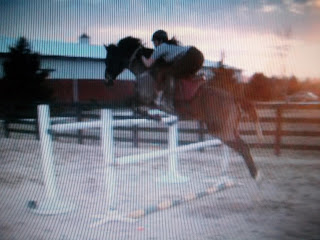 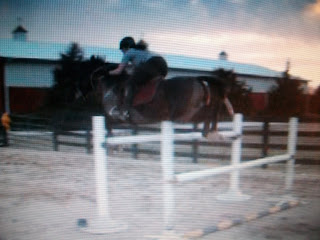 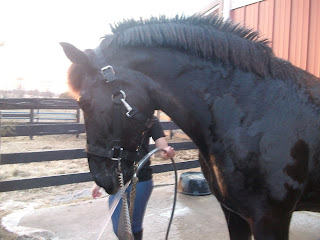 This is Pronto. One of H's horses. He is massive. like 18 some hands almost 19. I shall add a comparison picture 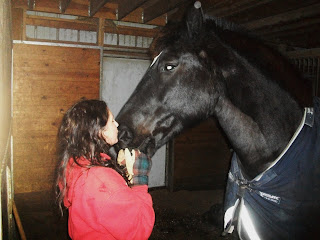 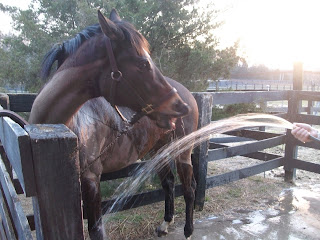 Yankee is the cutest ponyface :) He loves drinking water from the hose!

Sorry I chattered so much, enjoy your days and keep posting those posts. You guys keep me entertained :)
Posted by Checkmark115 at 5:02 PM 8 comments:
Email ThisBlogThis!Share to TwitterShare to FacebookShare to Pinterest

I am really freakin' tired so this is all you get. HW=death. Research papers=mega death. 3 exams in 1 week plus research paper and 4 paintings=super mega non resurrection death.

And tell me what you think of our first attempt EVER at canter sidepassing and shoulder in/fore. Trotting he has done before.
Posted by Checkmark115 at 11:29 PM 1 comment:
Email ThisBlogThis!Share to TwitterShare to FacebookShare to Pinterest

Yesterday was indeed, a great day. Thanks to you guys who encouraged me :) Horses do make life juicy :P

We had fun jump schooling yesterday! H jumped with us, and Brandon was there to take pictures. Mucho gusto!

I've discovered the higher the fences, the better he jumps. Nice. 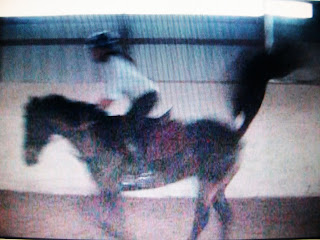 I realized a while back that me trying to rate Yankee before jumps was counterproductive. He would just flat refuse if he was forced to canter like a nice pony. He jumps swimmingly if he can have a more active, but still balanced canter toward the fences and I rate/rebalance him afterwards. He is a much happier ponyface and jumps better this way which makes me a happy rider. He always comes back to me and does so willingly after fences, so that's nice. I think we are finding our rhythm. I was always told NEVER EVER to let horses rush fences, but he is not. I think he is a bit fast, but he is still balanced. If he rushed, he would not jump as well as he does. We are both getting happier :) Bigger and better here we come!

HA, funny thing is, out on XC, I DO have to rate him before every fence and he obliges just fine. In the ring though, nope, refuse. Funny. 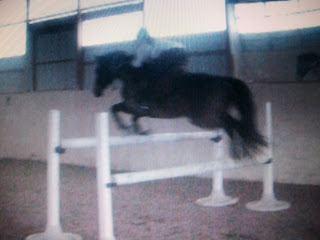 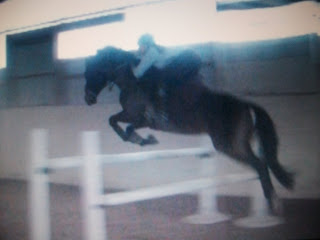 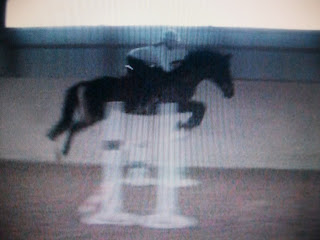 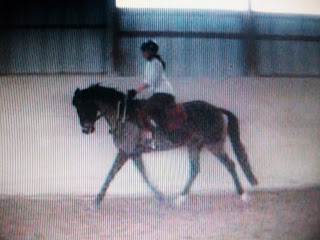 And look who schooled with us! 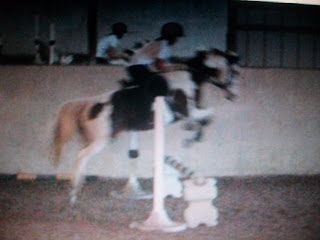 H and Pronto! What a cute lil ole man. He is 22 and still feisty! 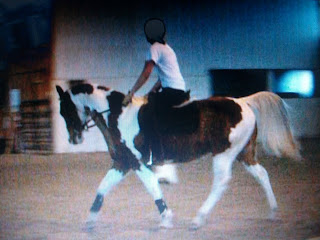 Tell me he is not the cutest lil spotted thing you have ever seen?! 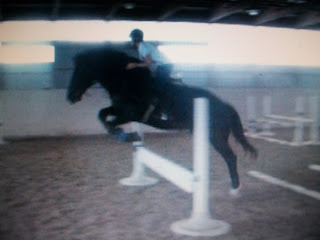 Also, Pronto made an appearance. He is just learning to jump, since he is Mr. Dressage, but he loves it!!

In other news, I got 5 days off this week! WIN. More riding and more HW time. I think I also nailed my Spanish composition exam today. Niiice. It stormed like a mofo yesterday night. It went from 65 to 40 in like an hour and the storm really whipped through here. I went back to the barn to blanket the horses heavier since it was wicked cold. It got down to 20 by this morning. CRAZY effing weather. Sunny and 30 today.