Adjusting to working life is difficult and I am juggling extreme hatred, extreme exhaustion, extreme sadness and feeling like the smartest, dumbest and most organized person on earth all at once...but mostly I just admit defeat everyday and crawl into bed at 8PM like an old person after maybe riding and definitely not working out.

I have to know all the things about Medicare and its impossible. I thought I knew the ins and outs already but nah. Its been harder than any class I took in college and just when I feel like I am getting it, another nougat of info rears its ugly head and I am thrown for a loop again. Its exhausting and relentless and my brain is full. 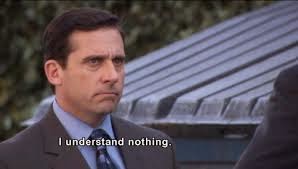 I have no idea how to balance everything (sleep, riding, gym, sleep, work, chores) yet and my poor boys got almost another full week off. I rode B twice and we possibly could've had our first fight as a couple. I shrugged it off knowing he has barely been worked and was feeling his oats with the crazy drop in temp. Where's my Pumpkin latte and leggings?

The good news is that even with the cold weather crazies we had a mildly productive ride last time despite my GLARING equitation issues & OTTB moments. Please ignore whatever the hell it is my body is doing in the following photos. #deargod

Now that his toes aren't sore, he's stopped sucking back, but has progressed into what I call the "awkward muscley stage" of OTTB retraining.

Now that he's swoll like a boulder he doesn't quite know how to move that muscle around in a graceful manner and as most greenies tend to do when imbalanced or nervous, he giraffe's the fuck out of his frame or falls on his face; as noted in the next 2 pictures.

Honestly, I would be more upset if this weren't part of the process of retraining a racehorse. They need extra time to figure out their bodies AND change gears in their mind and it can be overwhelming if you push them too hard! All youngsters have "that" phase and as long as he keeps trying to do what I ask I don't get too disconcerted with our semi-lack of progress. Plus he's so damn sexy.

You may now pause and gasp at my horrendous eq for 3 seconds.

Like I said a few posts back though, even though he IS an OTTB and a BABY, he is the hardest working, smartest babe I've ever ridden. In the almost 4 months I've been riding him we've had MAYBE one ride where we regress, & a few "discussions" about barrels and ditches. Even then its not horrible and doesn't make me want to cry and give up on life. He gives me little moments where I still am riding high (har har) despite a few setbacks (awful transitions, loss of balance, sky high head).

Seriously blown away by this trot. Granted, it isn't consistent yet, but DAMN. When he's on he's on. 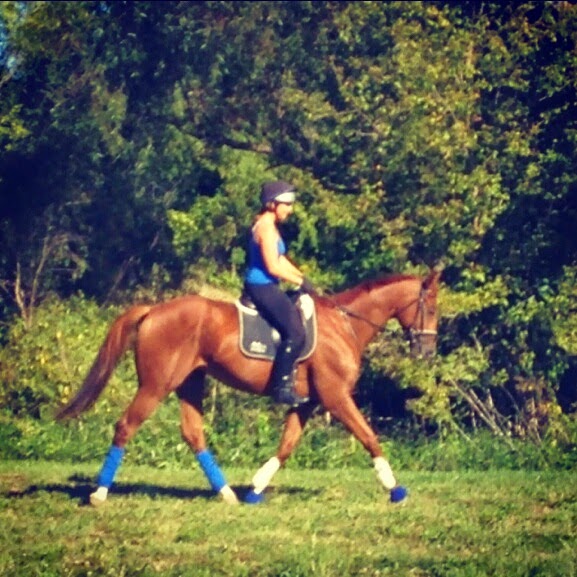 I cannot get over the sinewy, muscley, swoll shoulders and cut, thicksolidtight haunches this baby is developing with such inconsistent work. (4 days on 4 days off..ish). Can only imagine what a hulk he would be with 6 days work. Guess thats what a good diet and turnout will do for you? 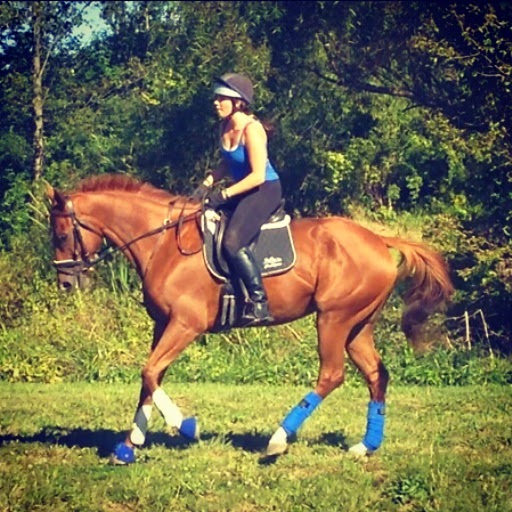 Lol at my position though for real. But claps for B.

And yes, I unintentionally intentionally matched boots and tank top. Once I realized my bell boots and shirt matched I dug out the blue polos because WHY NOT.

I guess where I am going with this meandering and gawking post is that while training is not always consistent and we have bad rides, there is ALWAYS improvement somewhere. Usually in more ways than one. One of the many reasons I am so freakish (ask the boy, my friends, parents, etc) about videoing at least once a week. Comparison comparison comparison! Its a magnificent training tool for yourself (*cough* equitation *cough*) and to see any glaring problems with your horse. I love it. I'm obsessed.

We still have miles to go in dressage land (get off the forehand more more more, even MORE topline, smoother transitions, consistent balance, etc) but just knowing he IS learning is a big confidence boost.

Sidenote: Yankee is lame and his feet look like hell. I'm dying inside. Need boots immediately.