Its been a little bit over a month since I said goodbye to the horse who has given me everything and asked nothing in return. One month.

Its been 3 months since I last blogged.

Blogging was the last thing on my mind then, and honestly still is for the most part, but I know a few of you out there who have “known” him for almost 8 years are asking for the story. Considering I stepped away from writing with the exception of working on my masters degrees, I doubt this will be coherent, but it is something of my last “hurrah”.

For privacy reasons, I won’t lay it all out for the world to see (shocking, I know), but I can say that the lease situation and subsequent events afterwards ended with only slight disdain. A few people have private messaged me on FB or instagram and I have told an edited version of the story a few times, but the whole wide internet doesn't need to hear that bullshit drama. My leaser has since apologized for her behavior and our relationship ended with no real lasting damage at least, but August was a horrendous month for me. Since this will most likely be one of my last posts on this blog though,  if you have an interest in keeping up with Yanks (&Bacardi if/when I get the updates), or seeing some throwback pics here and there, you can follow my Instagram ottb_eventing if you feel so inclined.

The moral of the story though is that I am done.

It is the last thing I ever wanted in this life, and honestly sometimes selfishly feel like this is worse than the alternate domain where he might have passed on, because he is still alive and thriving without me. Especially since I fought so hard over the last 5 years to stay in the game financially & made some life decisions revolving around my horses, but ultimately it has ended the exact opposite I had always envisioned. Not in any universe did I see myself having to sell my heart horse after the gut-wrenching decision to sell Bacardi and not once in my life did I think I would ever “quit” riding. Yankee has been with me through more than half of my life. 14 years in January, and that is not something I can get over quickly as much as I grasp at trying.

He was with me through the high school years, boyfriends, college decisions, Moving to MO, college in its entirety, wallowing around after college, moving to OH, my first real jobs & the beginning of my masters degrees. He has been my rock and solitude for over a decade and almost losing him 2 year ago made me realize how I never wanted to ever let him go....and I had to. I know all of you reading know how much horses mean to us and how they touch our hearts and mine is forever brandished with thoroughbred love. However, I have to remind myself that this is the quintessential “first world problems” scenario and to get over it. 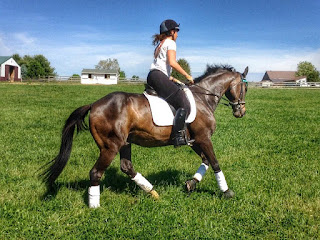 I am struggling to do so though after TWO decades in the saddle.

The easiest way for me to soften the blow was to quit reading blogs, unfollow almost everything and everyone from Instagram and delete all my horse groups from Facebook before Yankee even left. Heartbroken to the point of numbness, this was the only thing that made sense to my brain at the time. This has helped a little and I think I am finally feeling like dipping my toes back into the Instagram world at least—I did miss hearing from some of you and your ponies after all the friendships made and time spent in your lives.

There is one thing I did NOT miss however, after a long hiatus, and that is the drama. Ya’ll can save that for yo momma’s. I know back in the day I was as involved as anyone in the thick of it and savored a well placed “fuck you” every once in a while regarding a hot topic... but for now, I am very over the equestrian world and the bullshit involved. I have a case of "cant-hold-my-tongue" and watching some people literally ruin their horses and make horrendous ownership decisions is more than I can actively ignore. Unfollowing was easiest. Some people, I cannot.

Regardless, this blog will be an incredible keepsake for me and I will never regret writing it. I know that if I ever want to relive experiences because I am missing it, I can simply hop on here, re-read posts and savor the memories captured with the photos I have uploaded.  I will always cherish the memories, friends, pictures and experiences that have come from this blog and could never ever forget the people I have met because of it. 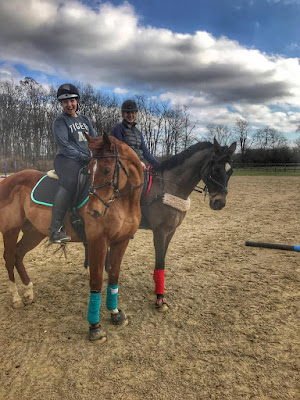 Ultimately though, this came down an incredibly tough decision on my part and it took me a while to forgive myself over what all happened. I am way too trusting of people, and that will be forever changed from this point forward. In the end, my leaser was making some incredibly unsound and irresponsible decisions regarding the safety of my horse and I ended the lease early, despite knowing that I could not afford to keep him if I did so. I simply could not live with myself if he got hurt at the hands of another, with me ultimately “allowing” it to happen. You can’t fix stupid, but you can take away their toys. So I did.

This of course, royally fucked me financially, and I unfortunately could literally not afford to keep him if I personally wanted a house to live in and food to eat. I know some people out there will say I took the easy way out, but they can fuck right off. In no way was this decision easy or fun for me. In the end though, I knew I no longer had the passion or means to compete like I once did, and it was asinine to be hemorrhaging money for a hobby. I weighed and lamented over ALL my options, between another lease, dropping him at my parents farm to be retired at 15 (and still paying for him), selling him, donating him to college or giving him away to a riding school. I honestly could not stomach another lease situation or be responsible for vet fees (god knows it would) if something happened, so I consulted every close friend I had, annoyed my roommates, cried my eyes out and listed him for sale. For an insanely cheap price. 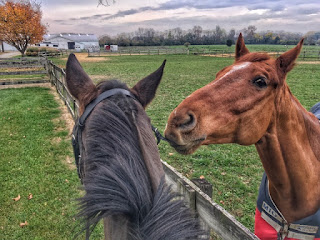 I wasn’t interested in making money on him, only hoping to pay off some medical & vet bills and possibly afford me a down payment on a new car since mine is on its last leg. Not surprisingly, people are the actual worst and either wanted him for the wrong reasons or didn't want to pay for him at all....WHY do people think they're entitled to anything of worth and should just be GIVEN stuff for free?? So, despite a LOT of interest in him and half a dozen people coming out to ride him, PLUS an actual trial sale period with a down payment, no one wanted to fork up the measly amount of money I was asking for him. I literally had 5 weeks before my bank account was at $0, so I gave him away.

That is basically the story. He now lives at an INCREDIBLE farm, teaching young Pony Clubbers how to ride. He is literally the perfect horse for the job and settled in like he lived there his whole life. 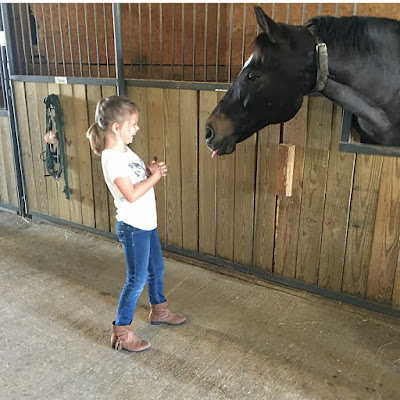 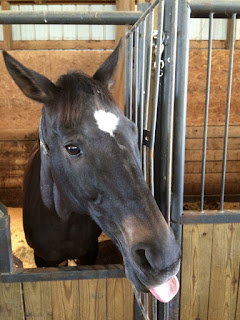 I was gutted to see him go, but honestly, I am beyond ecstatic over his current situation. I get updates and pictures weekly, and I even get to visit whenever I want. He even made a trip to a show already and won the 2ft CT division! I made the trip see him last week, and my dude is loving life as a wooly mammoth lesson horse.

So that’s that. Both of my beautiful, stunning, sweet, athletic, incredible horses are gone and I am officially unofficially retired from riding. I do hope to get back into it someday, but I honestly don’t know if I could ever get back into jumping or eventing again.

We shall see where life takes me, but for the most part I am letting the last 6 months of school take over my life and diving face first into powerlifting. It has changed my life for the better, given me something of worth to focus on and I may compete in the New Year...but for now I am simply trying to heal my broken heart and move on with my life.

Thank you to everyone who has supported me and my boys in the past, and for forging friendships I did not think were possible. I will do my best to keep up with your ventures, but please understand why, if I am absent.

Posted by Checkmark115 at 7:36 AM
Email ThisBlogThis!Share to TwitterShare to FacebookShare to Pinterest