No seriously my internet barely works for an hour a day. I HATE the internet monopoly in this town. No choice but to use them and the service sucks. Thus why I haven't blogged in 20 days. EEEEK.

I've also been working 60-70 hour weeks and barely have time for sleep. I also got sick. But more later on that.

Prepare yourselves for a shitload of pics. Like an insane amount. And news. Lots of news.

One of the things we've been up to is giving "lessons" to a few of my friends (some not pictured). Funny how when you turn 20 something everyone thinks its awesome you have a horse but when you're 11 you're a freak.

Anyways. People have been bugging me to give rides and Yanks is SO good with beginners. He is the most lazy. The girls do better than the guys and they were able to go off on their own and steer a little. Adorable. 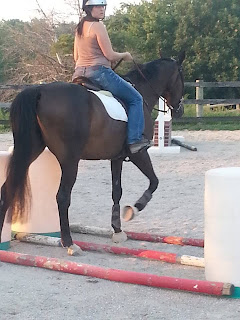 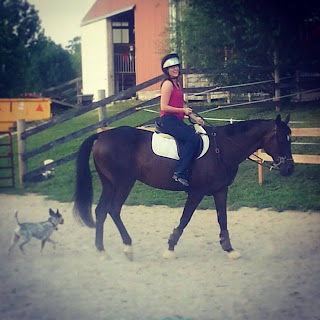 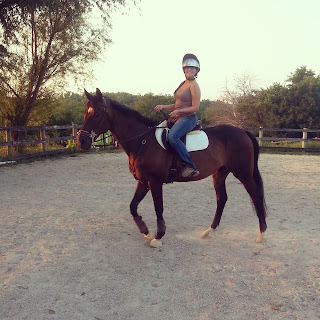 I got a few more pics from SMSG and I've decided I ride liek a constipated sloth. Luckily Yankee always looks shiny and gorgeous. But his rider...gag. 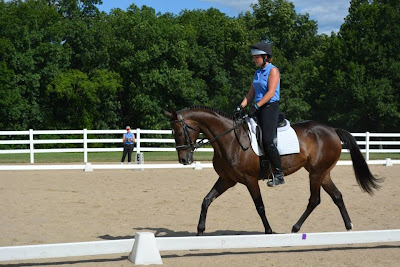 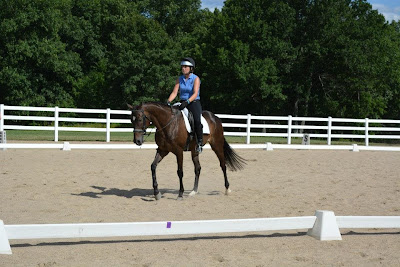 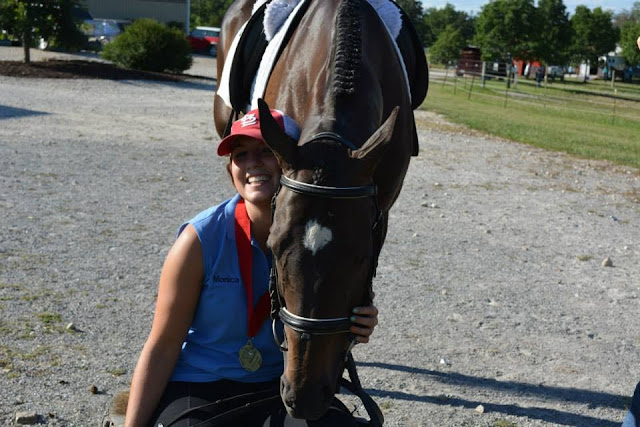 Amid my hell weeks I work, I try to get out to the barn. Sometimes we are awesome and jump 3'9 triple bars like nothing. I love this horse. And this picture. 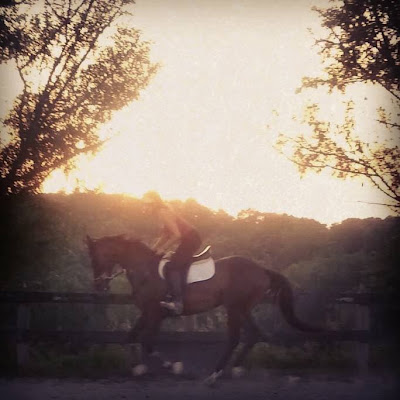 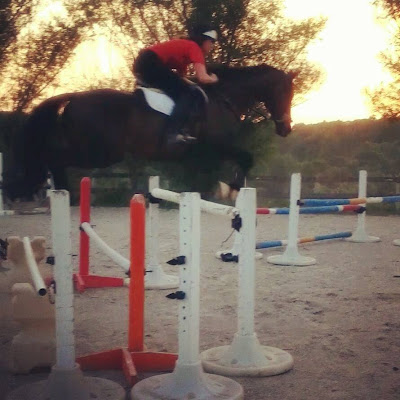 The following pic was actually two days after the first and he still popped over it spring loaded. Hock injections=winning. 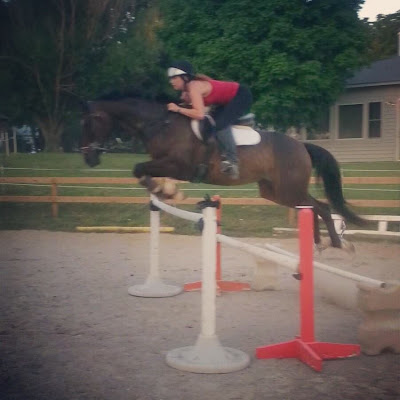 We did a few dressage schools and he was alright. Inconsistent ability to exercise the beast.

I made over a grand the week before I got sick but paid for it dearly.

I got sick. Really sick. I could barely lift my arms up. I still went to work though, don't worry. No one could cover my shifts and apparently its acceptable to serve food to the general public with snot running down your face. Football and college kids are back so its been hella insane but with that comes great money.

Sadly I couldn't work the pony for 9 days and for the first time yesterday I busted him out and lunged... 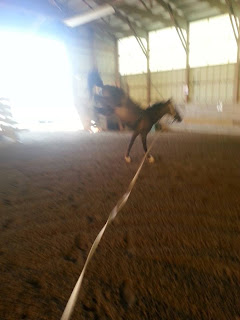 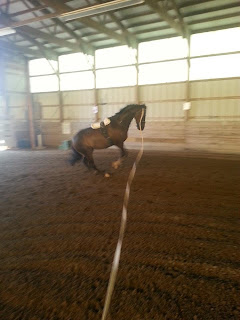 I haven't seen shenanigans like that since he was THREE fresh off the track. I really couldn't put a finger on it because its been hotter than satans balls lately so I can't blame cool weather. He goes out every night. Maybe too many calories. Either way. He was just a bit off his rocker yesterday.

After four mighty explosions he simmered down and gave me some nice forward work with good transitions. I called it a day.

This AM I wanted to ride but I was still a little sick so I lunged again with trot poles. 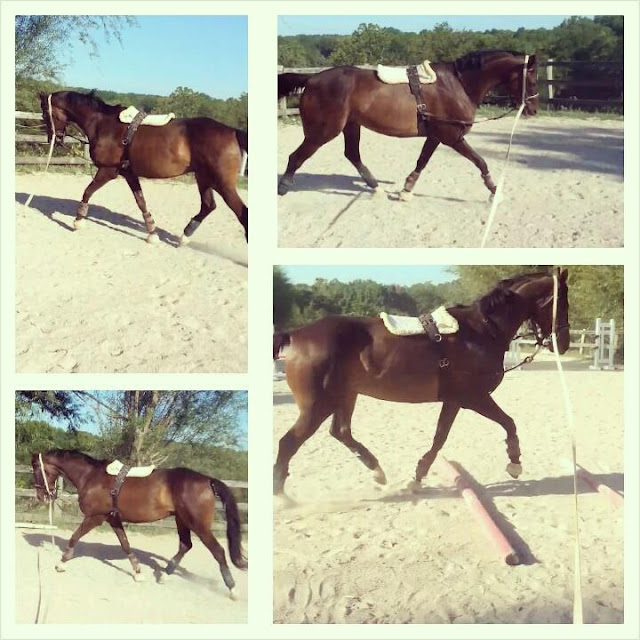 Yeah well most of the time he exploded around like a rocket. He decided trot poles were canter poles. 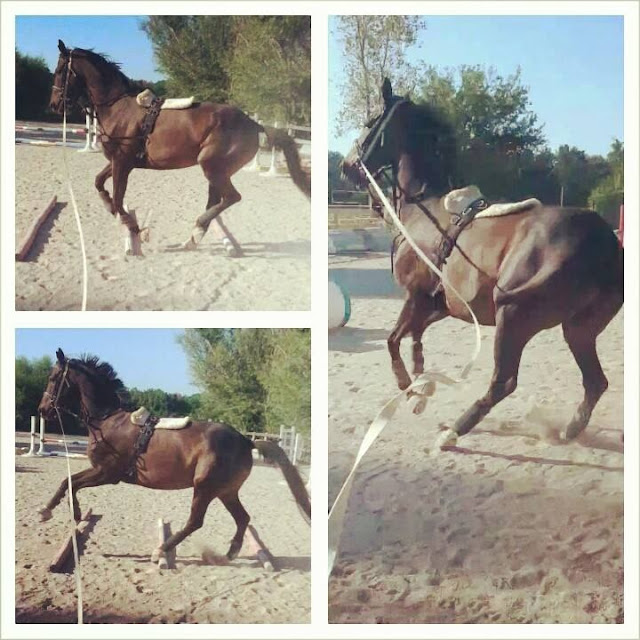 The thoroughbred gods have deemed me unworthy of a calm ELEVEN year old.

The positive note is that his canter was pretty collected and very uphill. Bright sides, right?

When he was calm he was great. Impulsion, collection, forward. Good boy. 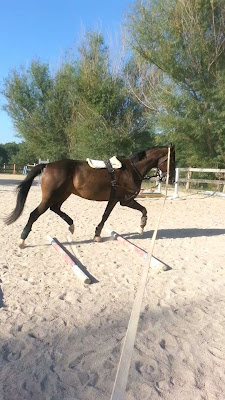 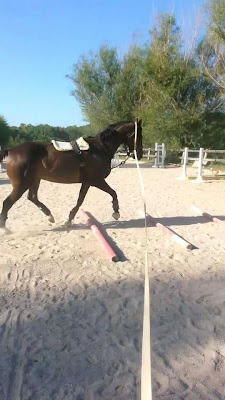 And now hopefully I'm on the mend, We are preparing for a jumper show on the 21st. HOPEFULLY we can go. I am sans trailer at the moment and its a bitch.

We also have some HUGE news. Stacey and Jackie should keep their mouths closed ;)
Posted by Checkmark115 at 5:01 PM 6 comments:
Email ThisBlogThis!Share to TwitterShare to FacebookShare to Pinterest
Newer Posts Older Posts Home
Subscribe to: Posts (Atom)