How The Chickens Are Ruining My Life 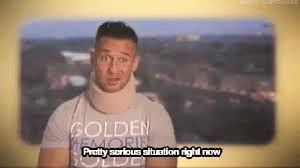 Do you ever have problems that are quite possibly unsolveable without drastic actions such as murder?

My dads chickens are ruining my life.

They are causing me great pain and frustration and I literally want to kill them, not just figuratively.

For the past two weeks since the ladies have discovered they have legs and can leave the coop, they have set out to destroy my life. I am sure of it.

I don't even particularly care for chickens, but put up with them because I have to. They are nasty, evil and conniving little fucks.  I prefer ducks because they are adorable and make cute sounds and eat bugs.

And then I walk into the barn and see what theyve been up to all night and instantly become enraged with fury that can only be compared to stubbing your big toe on the same corner of your coffee table every single morning and in turn spilling your coffee all over you and ruining your shirt, and the floor and the couch and now your toe is bleeding and you want to kick something but can't because your foot is quite possibly going to fall off and the anger bubbles up and you want to explode. 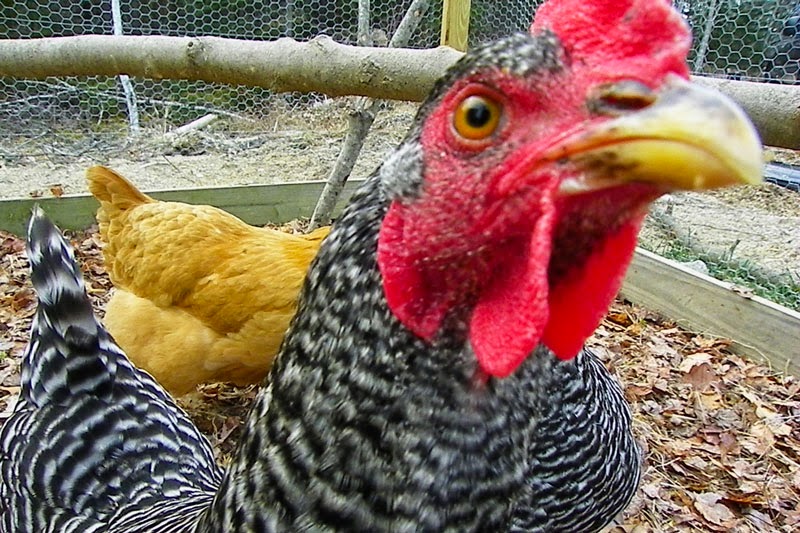 and can't stop looking around my barn in horror like

There is shit everywhere, always, not matter how often I hatefully scrape it off. Like, seriously everywhere. On every surface of everything. the floor. My tack. My hay. My feed bins. Every fucking door, ledge, railing, fan, and rafter. Talk about hella flies.

You would think that would be the worst part, but no. Its not.

These bitches can't just be satisfied with destroying my aisle and belongings. These are different kinds of poultry beasts. The most kind of evil. They sit around waiting for one of my other shit machines to void and then swoop down on that steamy pile like it chocolate cake.

I've witnessed this horror. They first start flinging the poop with their feet. FLINGING. It goes everywhere. First off, EW. Second, WHY. Why would they ignore the very expensive, specially formulated chicken scratch that I give them everyday and go after the leftover, partially digested oats in horse poop?

TO HURT MY SOUL THATS WHY.

This action makes it the most frustrating to clean stalls. Not only do the chickens tear each poop pile up into soggy shreds, but then the boys with their big ass feet grind in into the sawdust and makes it virtually impossible to pick up. Nothing works.

So I have resorted to stripping the stalls everyday. EVERY. DAMN. DAY. Because there is no line between clean and dirty. Which in turn leads to and extreme usage of sawdust.. It is all one big soggy shitpile mess and its all the chickens faults.

So, now I have a filthy aisle, trashed stalls and a broken soul.

Thats not all though. After crying into my rags, broom and fork every morning or night (sometimes both because chickens apparently spend their life pooping) I notice that my boys have stopped cleaning up their hay. And drinking water during the day.

Upon closer inspection I notice it is because the FUCKING DINOSAURS shit in the buckets and on the hay ALL DAY LONG.

Not only do they ruin everything indoors, they are also ruining things outdoors.

I think I've fixed, replaced, nailed, and fiddle with the fencing at least once a day to keep it up and running. The girls sit on it, fly onto it, rip it up with their talons and ultimately just fuck shit up beyond belief. So if they break it after I've looked at it for the day, and one of my horses realize its not working, they lean into it and break other stuff and ITS JUST A RAGING MESS.

I have only solved one of those issues by putting hay in bags up off the ground.

My mom suggested fencing in all openings around the stalls with chicken wire, not thinking that horses kind of have to come in and out of the barn somehow. The white devils also can climb and would be able to get in the rafters and continue to spread doom throughout the barn.

I think what really broke me was their non concern for my feelings. As I clean, they haunt me and continue to fuck shit up RIGHT IN FRONT OF ME. They poop on recently cleaned things. Jump in the wheelbarrow and fling poop and hay out back onto the aisle. Stare at me with creeper eyes. Scratch scratch stare fling fling CAW CAW FLING poop coo coo STARE

I am at my limit.

They need to go.


Posted by Checkmark115 at 10:52 AM 15 comments:
Email ThisBlogThis!Share to TwitterShare to FacebookShare to Pinterest
Newer Posts Older Posts Home
Subscribe to: Posts (Atom)