JOMPING. All The Things. With All The Horses.

I know you all are tired of seeing us jump. But get over it. Its more exciting than dressage.

Normally I blather about Jankee, but today, since I rode Pronto, I want to deviate from my normal subject matter and talk about the big monster.

Jackie hadn't ridden in a week, and Pronto's owner fell off at the show and got a concussion so we concocted a jumping day for the two of us. Not really sure what her goals were for the day, but mine were to keep the monster from hitting all the jumps, not let him refuse and keep my leg solid (stay with him). 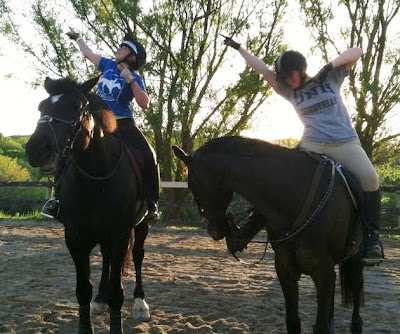 We think we are pretty cool.

Before I dive into Pronto-ness, here are a few pics of Jankee. Since we had to keep the jumps Pronto height (no more than 3' for now) she focused on accuracy and speed/turns. 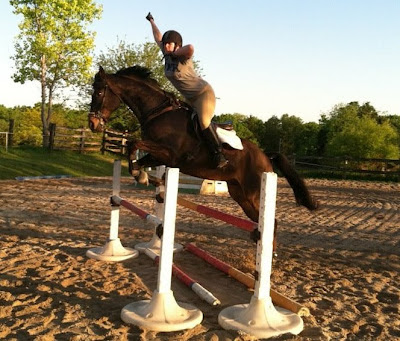 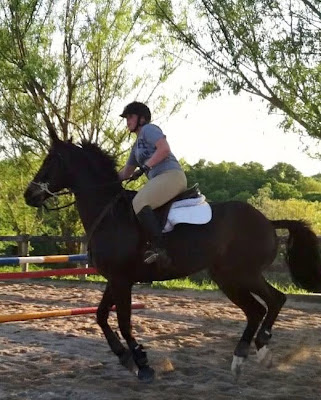 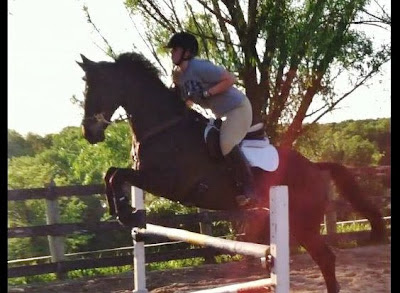 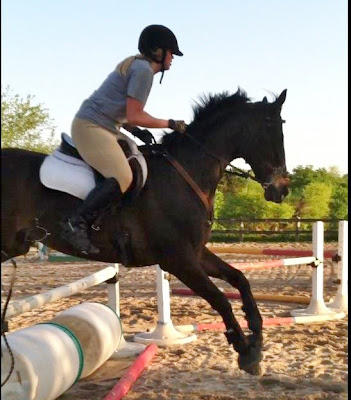 Turning in the air!

They were pretty awesome. Yanks was wound up, since he had just come off a jumping show and a day off. PROUD :)

He has refusal issues. and knocking jump issues. And overall impulsion issues. I appoint it to the fact that he is still pretty green at jumping and needs to be shown HOW. With Jackie's masterful eye, I attempted to negotiate him around a small course (5-7 jumps at 2'9-3')

I was instructed to keep my upper body back, and still but keep my leg on and contact up till the jump. We tried letting him figure it out. We tried me telling him when to jump. Found a balance between the two. If I 100% kept still but rode him through the contact, he remained on his butt, stayed ahead of my leg and jumped WONDERFULLY. He refused the barrel jump once, but I'm 97% sure it was my fault. I rode him to it like I expected him to refuse. So he did.

I found that as long as I stayed still, he was actually EAGER to jump and took everything with gusto.

He had a little trouble with this line... 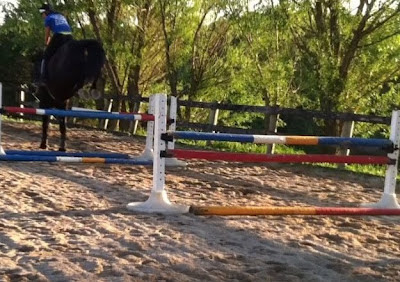 But after about 6 times, of missing the distance, or me dropping him, we finally nailed it. 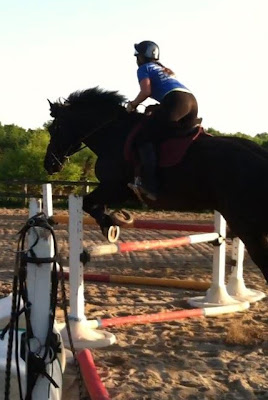 Also, when jumping this big guy, its so HARD to keep your leg still. His jump is awkward and huge. It throws me, Jackie and his owner forward. Every. single. time.

I was concentrating so hard on keeping it locked down, and my overall position improved. Check it... 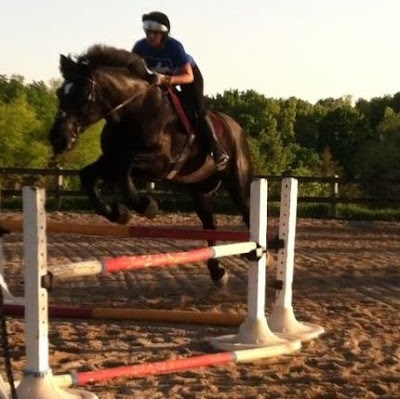 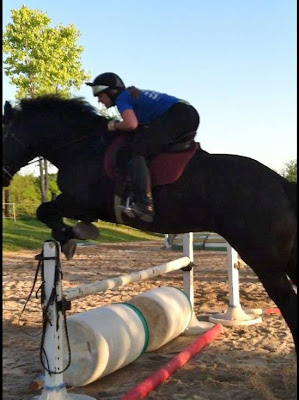 Everyone came out to watch and it was a pretty good feeling working with this big guy and succeeding!

Afterwards, we wanted to go have some fun out on our mini XC course. I say mini, because we have like 5 jumps and none of them top 3', but its still fun. 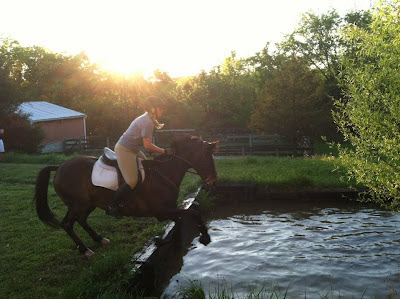 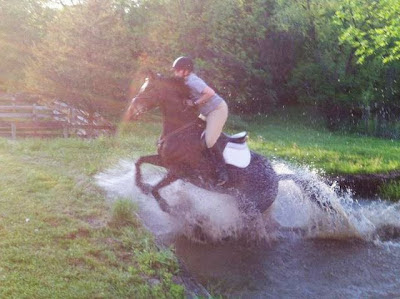 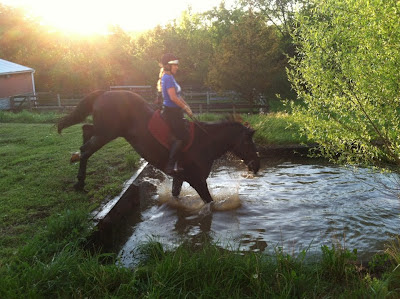 Down! (first time ever!) 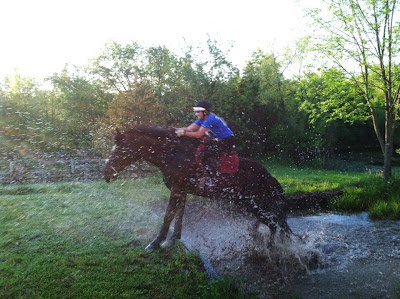 Up! Can we please talk about how he looks like the biggest dork dinosaur ever. EVER. 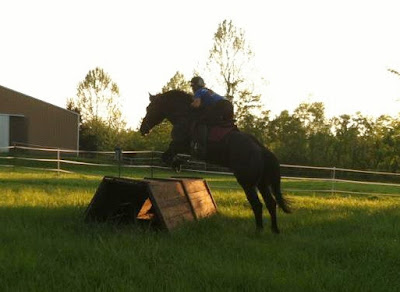 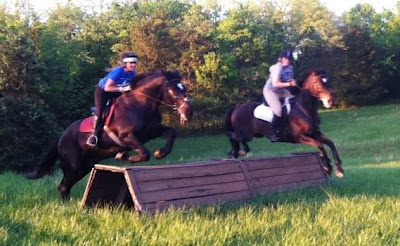 In other news. I'm RATHER pissed at Area 4.

Not only is the selection of shows slim, but the ones they offer are like, HOURS and hours away. I got super spoiled in Area 8 with all the shows at the KYHP. Even more depressing is that my favorite show, Mill Creek has FOUR entries in the Training Level. 4. Meaning I could possible tromp everyone and not only qualify for the AEC's, but win the high point TB award in the T division and the $100 prize, the halter and the pad. Screw walking at graduation. Don't care. HA-RUMPPPFFF!!!

There is a tiny schooling show in Kansas on April 28, but that would mean I would have to scrap up $95 in one day to enter. And its 2 hours away. But Jackie neeeeeeeeeds a schooling event because she has never done XC. Hate everything. First world problems.
Posted by Checkmark115 at 2:17 PM
Email ThisBlogThis!Share to TwitterShare to FacebookShare to Pinterest