There are various meanings to this title. Also WARNING: cynical post to follow, with some swear words. Back away slowly if you get offended by such things. I need to vent.

One being that my brain was a hot mess and couldnt seem to remember courses and I made myself look like an idiot in front of the whole crowd. Several times.

One being Yankee, who was a giant fairy the whole time. He reared on me. Actually two legged I thought I was gonna flip over backwards and gonna die rear. The fuck.

The other being the mess that was the judging. I don't think I will ever go to another show where the students of the college (a horsey one) are judging. They have no idea what is happening. No idea.

To begin, I was very positive. It was the first time I drove my own horse with my own trailer and I felt very accomplished. No one died. It was good.

Yankee was suuuper calm. I should've seen that as a warning. Never trust an OTTB when they're calm. They're just plotting evil.

Jackie came with Isis and it was her first show ever, so we hopped on as soon as we go there and puttered about the warm up ring.

Did I ever say how much I loathe warm up rings mixed with hunter princesses? They literally think they are the only people in there and they have right of way. DOES NO ONE KNOW LEFT SHOULDER TO LEFT SHOULDER ANYMORE.

Yankee was an explosive mess at first and reared out of no where straight into the air. I was VERY caught by surprise and almost died I think. Mostly of embarrassment because I was THAT girl with the psycho pony. After a quick reminder that he is now 11, he simmered down and gave me a few nice flying changes and some great lateral work. I was pleased again.

Put him away and began attempting to memorize my courses. Yes. Courses. There were 4, which is 3 too many.

I am an eventer. I memorize one stadium course and thats it. My brain is full after that.

From the get go I was terrified I would forget courses because I did at Ridgefield, twice. It doesn't help that there is one course, a jump off then the very next class is a similar but different course. MY BRAIN IS FULL. DOES NOT COMPUTE.

Of course, in a self fulfilling prophecy I went in to my first class, a wimpy looking 2'3 class and promptly forgot my course before I even started. I circled four times before someone shouted to me th course. Went clear. Forgot the jump off halfway through and was eliminated from ribbons. FUCKING SHIT. 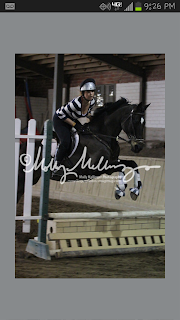 Second time I remembered my course but Yankee rubbed a rail because he is an asshole. I swear he does it on purpose over the little stuff just to piss me off.

Oh meanwhile, he is ripping my arms off galloping around the arena and bucking like a bronc. Thus the barely any release over fences and his crazed " I'm going to eat all the fences" look he has. 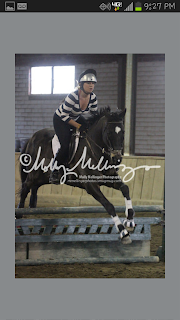 Also please excuse the tacky screen shots. I haven't ordered pictures yet and this is all I have. 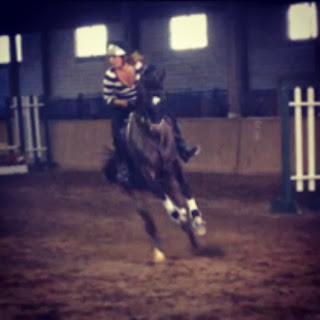 FINALLY we got our shit together and won the speed round, because, come on, he was really getting into the whole run around like a crazy horse thing. So that worked in our favor. 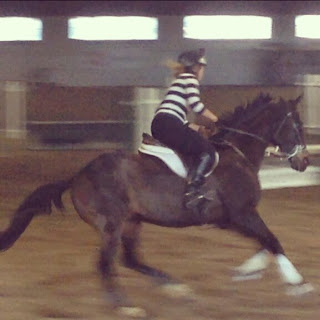 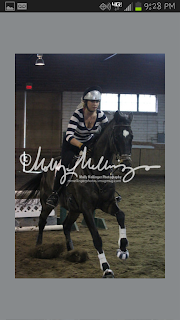 In the 3 ft non speed class, I got screwed because I was trying to be honest. I forgot my course...AGAIN, and circled at one end trying to remember. Went clear, and they told me to go to jump off and I spoke up and was like, "you didn't count my circle as a refusal?" and they were like "oh....yeah...nevermind". Um. Okay.

The VERY NEXT PERSON did the EXACT same thing I did, but didn't say a word about her error, and won the class. MOTHERFUCK. I WANTED THAT RIBBON YOU SLUT.

Luckily I beat her in the speed round because Yankeewas finally not being an asshole and was listening to my aids. But it was a mute point by then, everytime I came in the ring people were like, "oh THIS trainwreck is back". I shit you not.

I also had some violent words with the organizer because I was going in for table A round, not the speed and they blew me out halfway around because I was "off course". When in fact, they had the wrong class, therefore THOUGHT I was wrong, and eliminated me. I was SO FUCKING PISSED I actually cried. Right there in the ring. I was so goddamn frustrated with myself in previous classes and now for the organization elim. me that I lost it right there, Then the organizer chastised me in front of everyone, making me feel like a dick, even when I was right, so I mostly held my tongue in an outburst that is most shameful, now when I think back on it. She let me re-do my round though because they were in the wrong, but I was so so so upset and rattled that I forgot my course...of course. I WIN ASSHOLE OF THE DAY YA'LL. 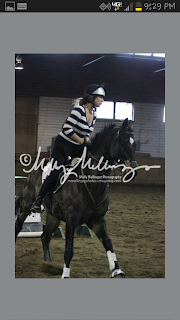 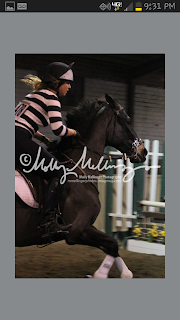 In the last class of the day, I was finally remembering courses, but my nemisis who always beats me in the upper 3ft classes beat me by 1 second in the speed round. Her horse is the master of turning on a dime and we just couldn't shake her. I like her though so its ok ;) 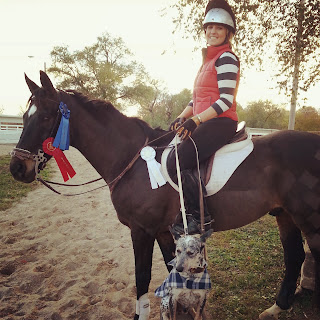 So I did 8 rounds and only placed in three of them. I actually cried like a spoiled brat, had fierce words with the organizer, forgot lots of course, rode pretty crappily and was freezing, BUT in the end it was a learning lesson. I still had fun in SOME classes but for the most part..I was frustrated. I'm one of those people that cannot just be like, "its not about the ribbon its about having fun"...UH NO. ITS ALL ABOUT THE RIBBON. 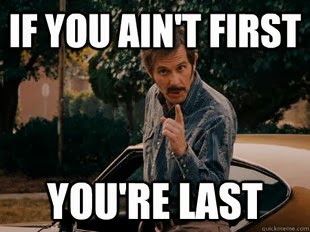 No but really, I show to win. And thats it. I don't show to putz around and get last place. I want to WIN. And you're all lying if you say you don't want to win. I worked too hard with this horse to not have something to show for it and I take extreme pride in winning, and extreme failure in losing.

Yankee is still adorable and my favorite even if he was a dick for most of the show. Sometimes you gotta suck to humble yourself right?

Posted by Checkmark115 at 10:28 PM
Email ThisBlogThis!Share to TwitterShare to FacebookShare to Pinterest