What Do Wednesday: Boots

Sidenote reeeeal quick- I think I have fixed the mobile app for those that mentioned it was not working for them!  Mine is no longer completely black, so I am hoping it is not for y'all as well.

Another Wednesday is upon us and I had a hard time picking a topic at first. Everything is so mundane  in the winter. But then, I did laundry!

Horse laundry, specifically. In the scheme of "not doing much riding of worth and knocking out annoying barn chores" I decided to destroy my mothers super expensive washing machine and wash all the super muddy polos and boots I had stacked up in my laundry bin at the barn.

As was rolling the hundreds of polo wraps I own & texting Aimee about my love for polos and how I just want all the polos (polos forever) in every color,  we connected in our love for polos. I realize not everyone obsesses over polos like we do, and many actually dislike them.

In general, above all other tack things, I am a lower leg clothes whore. Completely. There is not a boot or wrap I can resist. Unless its like $200.

Dressage people have their quick wraps/polos. Jumpers have their leather open fronts. Eventers have hard shell/breathable air flow things. Western people have SMBs. Endurance people have splint boots. And then theres me. Who has them all.

One of my goals this year is to aquire some Devonshire Open Front Because because they are straight sex. I mean look at them. 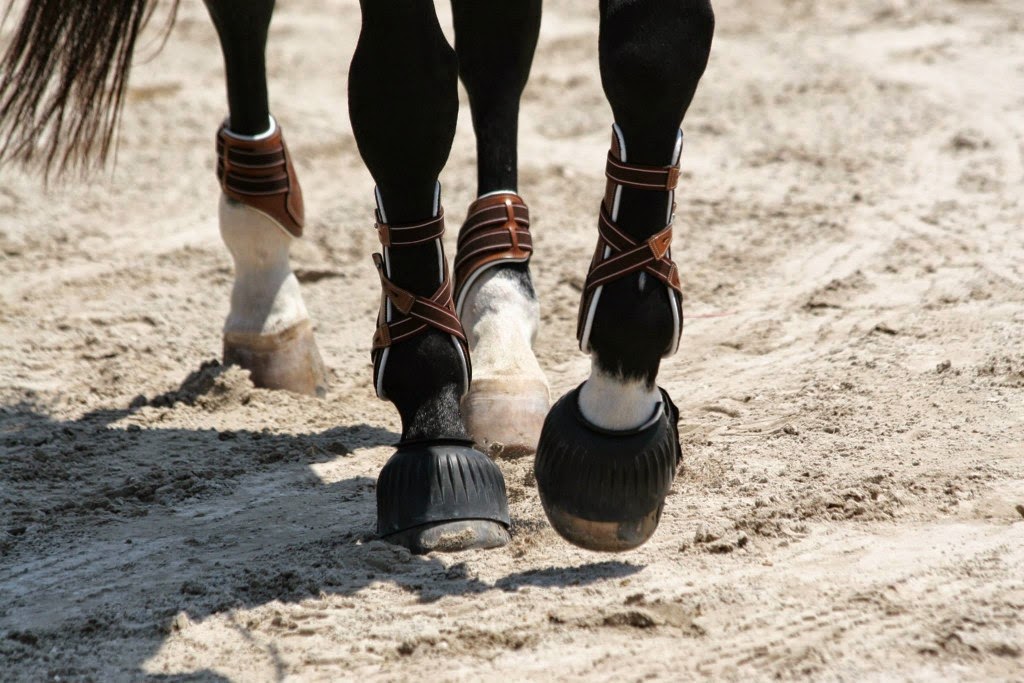 Of course, I have 4 other sets of leather open fronts, but none of them fit quite right. They don't have "the feeling". The Devonshire's would be the most expensive set of boots I would have in my trunk, but I mean...look at them. At $165 I can say that there are so many people out there that wouldn't bat an eye at the price, so I am making them "My 2015 Tack Purchase".

My love affair with boots began early on as a newly christened horse owner at the age of 10. I went to one of my first 4H meetings with my bitchy pony Dolly in tow (whom I ADORED) & learned about splint boots.

The obsession was swift and aggressive.

I had soon convinced my parents Dolly NEEDED 5 pairs, in different colors, and the love for boots blossomed into a rather unhealthy obsession.

By age 12, I had several polo wraps, so many splint boots I lost count and I saved up to buy myself some black SMB's. They were beautiful and I was in love. I felt so proud to have bought them myself and rocked them out on XC at my first show. Spirit wore the shit out of those.

I still have those SMB's to this day. How crazy is that. SMBs are tough boots, and I've put them through hell. Them damn things is 12 years old and still hangin on!

The next year I joined Pony Club and I learned the "PC approved" way to wrap legs. I was also introduced to standing wraps and again, acquired so many standing bandages in every color that my bins were overwhelmed. I loved them. I felt so informed and powerful and like I could do anything with the perfect set of matching standing wraps or polos. ANYTHING.

Through PC I learned about leather open fronts, quick wrap boots (like the Dover brand schooling boots) and Woof boots for XC. I HAD TO HAVE THEM ALL.

FFW to present day, and I can honestly say I have kept almost everything I bought as a teeenager in semi-pristine condition. Not only am I a tack whore but I am also a pack rat.  I think I've only had to get rid of 3 sets of polo wraps and 2 sets of splint boots due to hard wear. Literally everything else I've kept. I SWEAR I have 20 sets of polo wraps. No joke. Mostly in black or white. I probably have 4 sets of woof boots, in varying stages of wear, 3 easy wraps, & 4 sets of open front. Most or all bought at discount price from Ebay or off a friend. Tack ho-ing, the economical way!

My point being, I LOVE all boots and I think they all have a purpose.

Polo's I use for dressage and hacks mostly. I think they offer a little bit of support, and used in tandem with flexwrap EquiSport bandages (a little like vetwrap, but re-useable) they can offer A LOT of support. I tend to not use them as much in summer time, as they can be very warm. Sometimes I even use polo in back, with easy wraps up front.

For summer use, I snagged a pair of Climatex combination bandages off eBay for a stupid cheap price and LOVE love LOVE them. They wick away moisture and seem to offer a sick amount of support for those horsey tendons and joints. I trust them so much I sometimes jump  in them. 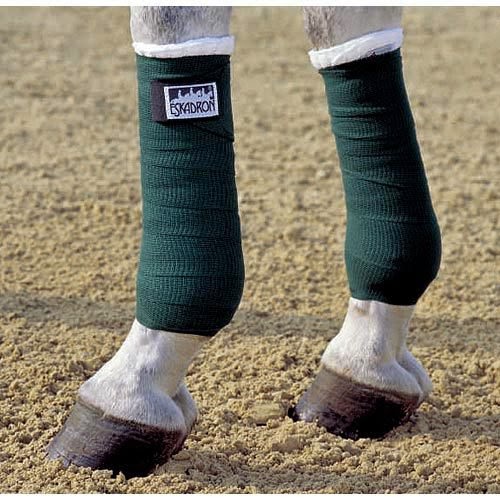 For stadium, I really like leather open fronts. They offer protection, look classy for shows and keep the horses honest about rubbing rails. Sometimes I will also break out my white Roma's I keep only for showing.

For jump schooling, I prefer the cheap open front Roma brand. As they are easy to hose off, cheap, pretty good quality, and offer great protection. Not much support, but thats when I use EquiSport bandages in tandem! Sometimes I even use quick wraps over EquiSport. 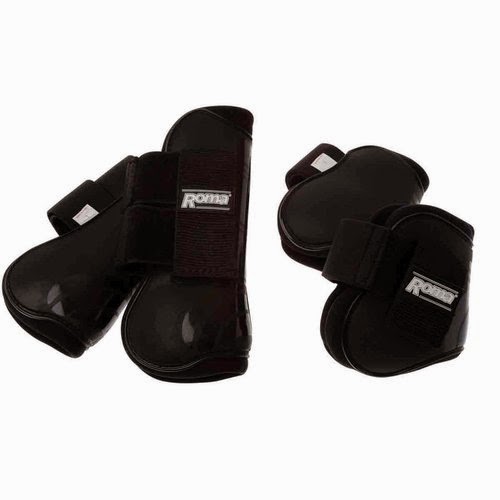 --> I know a lot of people are very against boots, and then there are those like me that are very for boots/wraps. I believe that as long as you know how to properly wrap polos, and know how to fit other boots, they can only help and not hurt. Being mindful of the temperature outside is a big factor as well, and there is much debate about overheating tendons. I tend to be overly cautious and might baby the horses a bit, but I think prevention is the best medicine.

In past experience, my horses have ONLY hurt themselves in work when I didnt boot or wrap them. Of course. So now every ride I put something on. Wether that be a full EquiFlex/combo wrap, polos, easy wraps or boots, I always always always have something on their legs.

So, bloggers, its your turn! What is your opinion/POA when it comes to wraps/boots for riding? Do you swear by it? Detest it? Not really sure? What do you use primarily? Why?

Feed me your secrets!

Posted by Checkmark115 at 8:44 PM
Email ThisBlogThis!Share to TwitterShare to FacebookShare to Pinterest