Horse of a Lifetime

Somehow, until about lunchtime yesterday, I completely blanked, thanks to a busy day and all ya'lls wonderful and thoughtful responses to my WDW, on the fact that yesterday was Yankee's official 6 month post-op anniversary.

Feels weird to say anniversary in this case, but since I am celebrating life, I am OK with it!

Thinking back to how I felt 6 months ago on that very day was almost too painful. I don't know if any of you have ever gone through the physical and mental torture that is colic surgery, but I feel like I barely survived the stress of it. No exaggeration.

I remember laying awake on the couch that night, staring at the TV, clutching Levi & (the dog) picturing all the horrible things that could happen to my sweet boy on the operating table, feeling like my emotions were going to suffocate me. 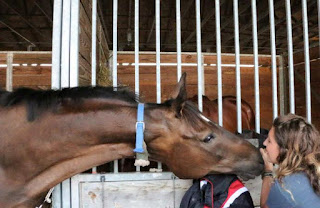 Then, I almost of felt a little silly for a few brief moments.

I was concentrating so much emotion and energy and time and MONEY into saving this one horse, who in reality is just a horse. What was the point of it, really?

You guys all know, don't you?

The rational part of my brain was trying to trick me into feeling guilty for saving him, knowing that I caused financial strain on myself and my loved ones around me...all for a horse. 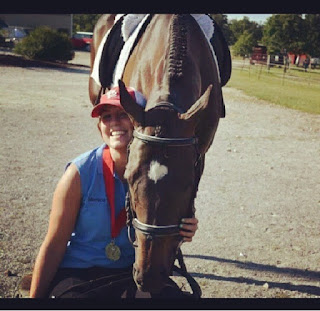 But to me, he is not just a horse.

Yankee is my everything.

There is a part of my heart and soul living in the creature, and he is my true, unequivocal one love.I did not think it was possible to feel such things towards an animal, but he is more than that to me. I assume this is how it feels to love your own child, and in a way, I suppose horses are our children. Yankee the purest form of love I have ever experienced and he got me farther than I ever dreamed a poor girl from the Midwest could ever hope for with a $400 racetrack reject. I'm sure you all know what kind of disgusting sappy love I am talking about, if you've met your heart horse.

I know there is nothing that horse won't do for me and he has been my steady rock for almost 12 years. Through shitty boyfriends, literal poverty, college class struggles, trying to compete with everyone who has been handed everything, prove my worth, cars breaking down, struggling to make rent & figuring out my life in general... he has always been there as my reprieve.

Sure, he can't talk and tell me it was all going to work out and be fine, but he did always greet me at the barn with bright, happy eyes and the most adorable nicker I've ever heard. Even his sly and adorable way of begging for treats never upset me, it made me laugh. I could saddle him up and escape my shitty life and pretend it didn't exist for an hour a day.


He quite literally got me through the worst times in my life and was my reason for existing. He taught me perserverance, patience, humility and pride. He taught me how to work hard, budget and barter. He was always happy to work and had this joy for life that I could never understand, but tried to emulate. Again, he's a horse, but I see so many sourpatch horses that simply exist, and Yankee lived life everyday to the fullest. Even at almost 15 years old he still playfuly gallops around with the young bucks in the pasture, keeping up with the best of them.

So when I got that call that day, I was an absolute, unconsolable wreck. What made it worse was that he trusted me to leave him in the hands of someone else, across the country, and now I wouldn't even be there to say goodbye. 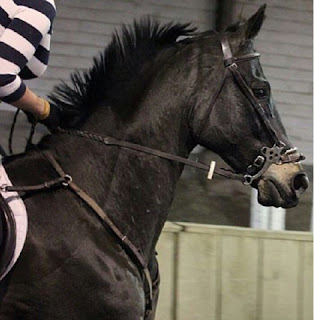 I was absolutely devastated. Thinking about losing him made me start to spiral out again, violently, and I was slipping away...faster than I had ever before. I was losing hope for life, yet again, and if I lost him I knew surely, this time I would not recover.

I could not lose my rock.

Luckily, he pulled through & I couldn't believe it.


The worst was not past though. It was literal agony to not be there for him while he recovered, but I luckily had some lifesaving help in the form of former barnmates who knew him when we lived in Missouri for college. Without them, I surely would've lost my job and income source, since I absolutely would have quit to go care for him. Since he was unable to travel for 6 more weeks, moving him to Ohio was not an option. 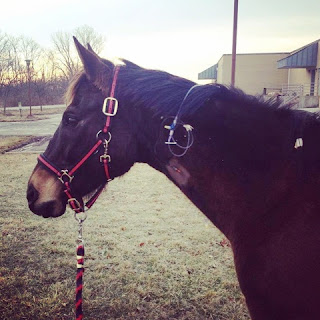 At this point, I staretd to receive some backlash from other bloggers, so called "friends" and other random internet fucktards, belitting me for ever leasing him out, not rushing to his side immediately for surgery or moving back to Missouri to care for him myself.

Why must people be so hateful? 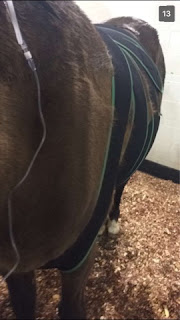 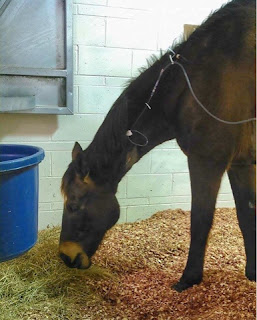 Along with the internet idiots, the stress of those 6 weeks weas long and tumultuous. I woke up every day wondering if he would pull through. Luckily, as ever, Yankee seized every day and his caretakers were amazed at his quick revoery.

Oh boy did he look awful though. I literally cried over his pictures, blaming myself for this and wondering how he would ever forgive me or love me again. It WAS my fault, the internet idiots were right, right? 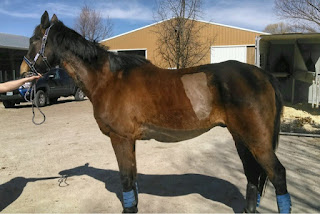 However, when it came time to pick him up and bring him home, I was beyond excited, but also gripped with fear. The haul was long and I was terrified transporting him would spiral him into colic yet again. 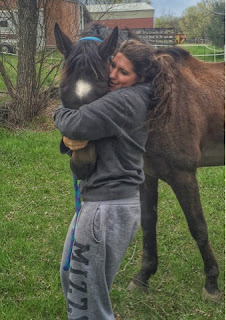 Again though, Yankee brilliantly hauled like a champ, even hopping off willingly at truck stops to stretch his legs and eat some grass.

Finally, after an 11 hour drive, thanks to traffic and deadly wind, we made it home.


I spent the next week stressed out to the max, checking on him every few hours, taking off work to check on him and getting up in the middle of the night.

Again, Yanks preserved. He literally was perfect. If anything, he seeme confused over all the attention and was simply wondering when he was allowed to eat grass on pasture again. 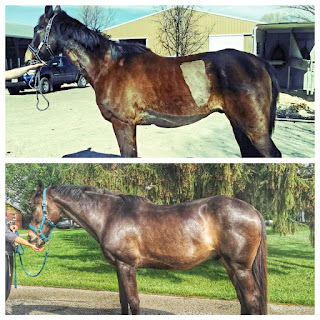 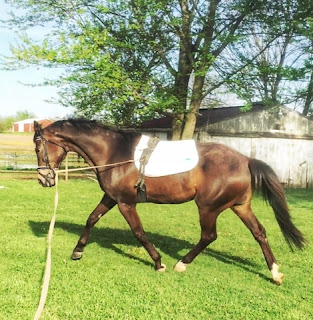 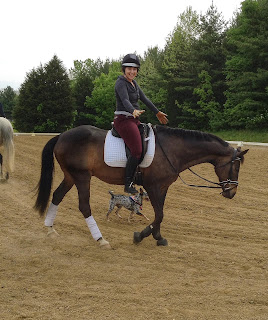 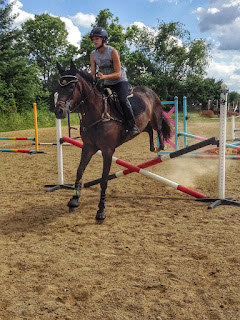 He returned to jumping in June of this year, and by mid-August, he feels absolutely 100% again. No weakness, so stiffness and no lethargy. Yankee is wonderfully alive and loving life, as he always does,

And I am so thankful that he is still here. I can't imagine a world without him in it. 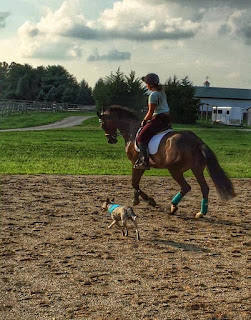 Posted by Checkmark115 at 10:28 AM
Email ThisBlogThis!Share to TwitterShare to FacebookShare to Pinterest