I'm not usually a fan of super sappy/annoying/heartfelt blogposts and perhaps have strayed from my sarcastic tone only a few times, but since listing B for sale and trying to sell his ass...I've been feeling all the feels.

In May (if I still have him then--lort plz no) he will have been mine 3 whole years.

That went by so fast, I can barely believe it to be honest.


In selling him I have found it INCREDIBLY difficult to not preach how god awful he was when I first got him. Its so difficult to not say "well x amount of time ago he was y and how he is z"...because people don't care. They don't care if he was a giant exploding ball of anxiety around trailers and stalls and in crossties and now doesn't bat an eye at any of it.  They don't give a shit. They see whats in front of them, which I can 1000% understand...but as an owner its SO damn hard to not be like here's xyz.

He used to literally be dangerous. He would rear, kick, bolt, buck and explode at any and all moments for no given reason. A lesser person would've given up or treated him like garbage, but I saw what was underneath that hard & explosive exterior. He was horse who had been broken. Broken to to core and just needed love, trust and understanding. He needed time. And I gave it to him. Years, actually.

& it was fucking brutal.

Do you know how hard it is to watch everyone else schooling their 6 year olds over 3ft fences, when yours can't even walk forward half the time? How hard it is to struggle day in and day out with loading in a trailer? How miserable it is to re teach the same thing over and over and over because your horse is afraid of the wind and literally cannot keep himself together for 5 minutes at a time? How embarrassing it is to have your horse jumping 3'6 one day and refusing ground poles the next?

But, I slowly kept chipped away at him, building a partnership, teaching him its OK to not understand and to trust what I'm asking of him. I kept at it, when everyone else was light years ahead, because I knew he was special. I knew it would pay off. 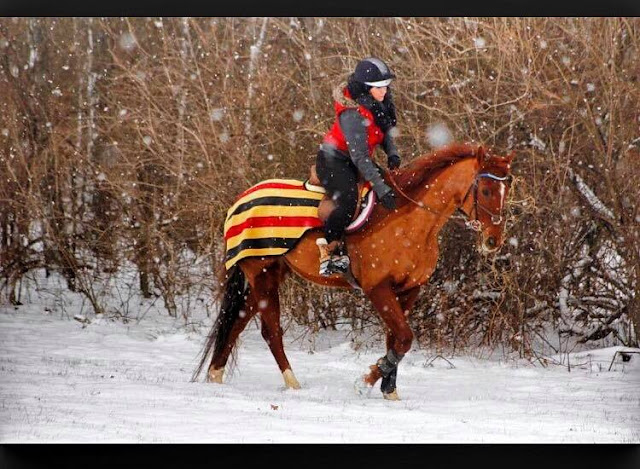 And it did. It DID pay off. He's a brilliant horse, with so much talent and he is finally less of a spaz. Sure, he still spooks at the wind on occasion and we have a bad ride here and there (everyone does) , but I'm no longer leaving the ring every single time in tears. He has grown.

Realizing that any potential seller could easily google my name from the ad, find this blog and read it. Great. I don't care. If anything, I wish they would to learn what a badass B is now.

(for me) When selling, its a constant struggle to show him in his best light vs. what he was because I find that to be more informational than anything, and a true testament to the horse he is today.

But alas, thats not how it works.


I also apparently forgot that people want X-rays and photos of legs, of which I have neither. I refuse to get X-rays for a horse that's under 10K, so people can ge over that or order it themselves.

But for real. This whole process has been numbing.

Bacardi was and is my dream horse. Forever.

Don't get me wrong, I adore Yankee and he is my heart, but I also outgrew him in many ways. He does not challenge me any more and he is physically too small for my amazon body. Also if I am being frank, he is quite plain and not a stunner in any way other than his brain and talent for learning. I had ALWAYS wanted a shiny, chromey, flashy, BIG horse. I will never forget what Yankee has done for me and he is never leaving...but B encompasses everything I've ever wanted and ripping it away after such success is killing me. I finally felt whole and content in my purchase of that big crazy chestnut boy.

People read his ad and see an unshown 8 year old off the track Thoroughbred and nothing more. I KNOW why people focus on a show record, but it is so fucking frustrating when people have all the money in the world to show every weekend and I am scraping together every cent I have to provide for my passion and show a schooling show a month. I feel like thats worth some credit too and pricing B where he is now is almost a slap in the face to myself. It sucks.

I just wish everyone could see his transformation like I have and realize he is so so special and worth every cent he's listed for and more. It kill me to give him up after all we have been through. 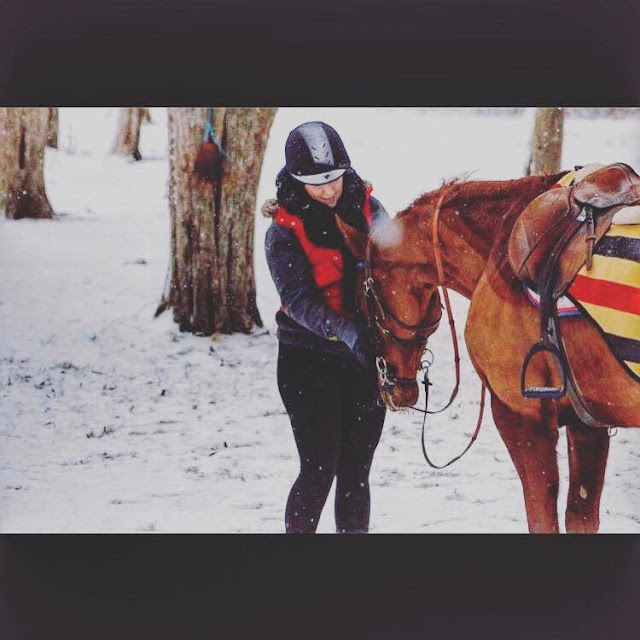 XoXo forever
Posted by Checkmark115 at 10:12 AM
Email ThisBlogThis!Share to TwitterShare to FacebookShare to Pinterest