Down to The Wire

Anyways, if you follow my instagram, which hasn't been busy but is still a bit more active than this blog right now, you may have noticed that there is movement on the B front. I have had a serious buyer going through the motion of the sale process (one I am super duper naive about) and the final decision will be made this Sunday.


This entire process has been incredibly stressful and I literally do not understand how people do this regularly. Granted, B is my baby and not some random horse on the roster that I am trying to flip, but still, I honestly though I was going to implode yesterday. I think I have slept maybe 3 hours a night for the last two weeks, and I usually have my shit under control these days. Advanced apologies if this is incoherent, my brain is actual slop right now.

They first came out over two weeks ago to try him and loved him despite us being stuck inside to ride. It was a little bit of a trip for them, but I am glad they made it. They came back out immediately (literally, 2 days later) and rode him again, this time outside. They are legitimately perfect for each other, and despite not wanting to sell to a teenager, this girl is quite capable and a perfect match for him. Despite on being ridden in a hackamore, with no browband thanks to the cut (s) on his face, he was a total rockstar. A down payment was made and I thought that was the worst of the stress.

Then they wanted a PPE.  Cool, no big deal, thats standard OP.

Problem was, they are pretty far away, so they requested my vet come out and do the PPE. I knew this wasn't normal, but since they requested, I called my vet and made the appt for a few days later. He was on hold until the 31st, but obviously we wanted the rest of the process to go quickly and smoothly. 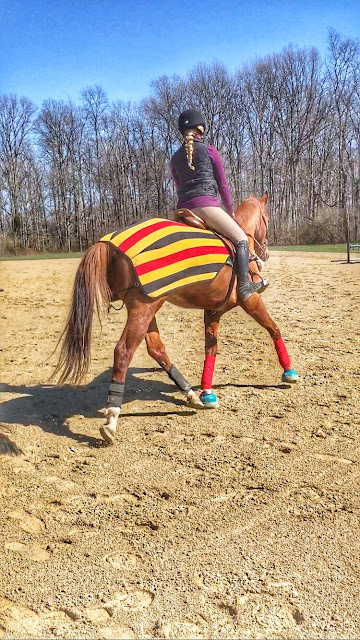 It has not gone quickly and smoothly.

My vets called me literally 25 minutes before my appointment and cancelled, stating "conflict of interest"(If they passed B and later on something happened, say a lameness, they didn't want the buyers to come back and say they hid something from them, since they were his treating vet). Which is fine, I get it and thought that from the start...but WHY DID THEY LET ME SCHEDULE AN APPOINTMENT?? Do they know how hard it is to get a vet around here??? FUCK.

I know there are worse things in life, like cancer, but I had to do some major juggling in order to get that appointment and get off work and all that and I was fucking ANNOYED.

Not to mention, the most available vet I literally cannot stand, so I had to call around and try to get appointments elsewhere. I finally secured one for Tuesday and continued to fret over stupid shit like he would have arthritis or spike a fever the day of...you know, logical thoughts.

Tuesday arrived, I had moved my lunch around, gotten permission for time off, scheduled my day at work accordingly....and I got a text around noon from my vet stating she would have to cancel. 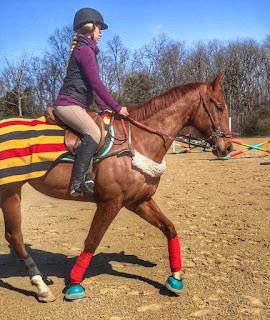 Pretty sure I lost my cool, which again is rare these days, and had a mild panic attack.

The universe was trying to tell me something I KNOW IT.

Then she texted me back, "I have the flu, lets reschedule for tomorrow at 3:30"

I now had to rearrange my entire Tuesday since I was no longer leaving early AND now Wednesday. I am sure my bosses think I am just trying to get out of work, but little do they know about horses. Also had to cancel a Dr. appointment, which sucks since it wasn't 24 hours, I'll get charged, but whatever I GUESS. 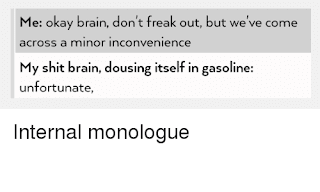 So Wednesday (yesterday) morning I get a text from the vet stating she can't do 3:30 and needs to come at noon.

COOL YEAH, let me just rearrange my entire day again and make sure my bosses are cool with it and OH yeah I could've gone to my Dr appointment now. #vvannoyed

At this point, I am just straight panicking, because shit feels out of my control and I don't like it, and I'm convinced he will fail and I will spiral into debt trying to pay his board and have to live on the streets with Levi like some vagabond.. It was a fun couple of hours, with me chanting to myself to chill the fuck out because this was not the worst thing in the world.

So I get to the barn and notice that not only does he have a bloody nose, but BOTH his bell boots are missing. Of course, at this point I am just making list of things that are horribly devastating and these obviously are on the list. I was thoroughly convinced that the bloody nose would fail him, but luckily the vets understood that it could be from the rollercoaster temps here or the fact the the idiot bang his head on something literally everyday. 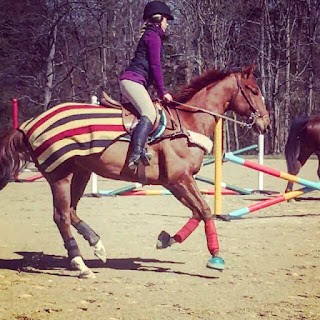 He was a good lad for everything, despite the fucking freezing cold. It dropped 25* in one day and for the first time ever, I saw my boy shiver. We stuck him on the lunge, and did all the flexion test and he was a wonderful angel face the entire time. They even complimented his trot and how nice it is and I about cried from happiness and the fact that this nightmarish shit was almost over.

He passed with flying colors and the necessary calls were made and I could finally relax. A little.

They still have not made a decision, and his sale is all riding on how well he doe over courses when they come to ride him next. Which is Sunday. I am really hoping the weather holds out on us. Its 20* again today and tomorrow....mid 70s. I do not understand.

Regardless, this saga is almost over and I am SO ready to be done. I feel like a giant rubber band ball that might snap any second and I cannot deal. This is why I am selling him in the first place...stressing out about money is killing me!!

Fingers crossed for Sunday, that is when we find out officially if he is sold and I can move from being stressed to being depressed.

Posted by Checkmark115 at 7:00 AM
Email ThisBlogThis!Share to TwitterShare to FacebookShare to Pinterest