Body, Y U Do That

This week has been the slowest blur ever, but a happy one. I haven't been this busy in forever, but I am SO grateful to be back at the gym and riding along with everything else.

This week, V is on vacation, so in typical fashion, I've been doing almost too much physically in riding both boys and Crossfit.

Finally, I dragged bribed a friend to come video for me in an attempt to document my glorious floppy return to equestrianism.

You know how when you're doing something and your like

Yeeeah. That was me. I REALLY thought I was doing good, like honestly 100% was actively staying aware of my body and working to keep things in proper places. Especially keeping  my hands where they were supposed to be and my hip angle just right. I was riding around like, fuck yeah hips. You're amazing. Knees, I love you. Calves, keep up the good work. Shoulders, you fine bitches, ILY. Thumbs, god, you're fabulous, keep doin you. And then, the video proved I was lying to myself. Its fine though, thats why we document right? To build and improve?

Luckily, my horses have been actual fucking saints and put up with me flopping around in pure weakness. Sometimes I joke around and say that I'm riding like shit, but for reals this time, I am. Let me tell you, 6 weeks of doing NOTHING besides sitting at a desk all day and laying in bed afterwards until the sun comes up, means all of the muscles you worked so hard to obtain over the last year and a half DISAPPEAR.

At least I already feel little stronger, but that post about rider position is hitting me harder than I thought it would. Brick by brick.

My inside hand and hip angle struggles have only been exacerbated now though, and riding properly is apparently impossible.

Thank baby jesus that Yanks is a unicorn and pretty much does anything you ask, as long as you do it semi-properly. I wanted to build on what we had worked on last ride and he was pretty game.

I always get a little flustered when anyone comes to video, because my phone generally only has 5 minutes of recording time because I was a total noob and only got 8GB instead of like a billion, and I am constantly deleting shit to make room for ponies. Therefore, I'm always like omg omg omg gotta get it in, gotta record the brilliance! And then I end up riding even more like shit. When will I ever learn?

Anyways, Yanks was great. We worked on a exercise similar to last ride except instead of counter canter, it was half pass at the canter. AKA, fucking hardest thing ever for my OG OTTB with a weak topline. He really tried though. There was the smallest of crossover and he at least maintained inside bend quite nicely. I am sure my wayward hands interfered a bit, so I was pleased with his efforts.


After the half pass, it was straight to a 10m circle, down to trot and across the diagonal in a medium trot.


He was a wee bit on the lazy side and trotting like a lazy asshole, so Mr Tappy had to remind the old fart that dragging hind legs and hallowing your back is not what proper gentleman do.

After a few reminders, he was great though and stayed mostly through the contact and actively forward, again, despite my riding challenges. 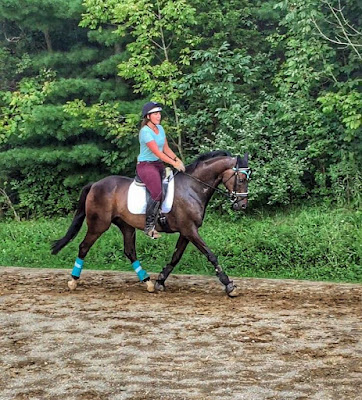 After getting in the forward mindset, we worked briefly on renver and leg yields to finish up the ride. I was getting wicked tired and going fetal, so I knew it was better to stop before I truly started to unravel and ruin what we had accomplished that day. 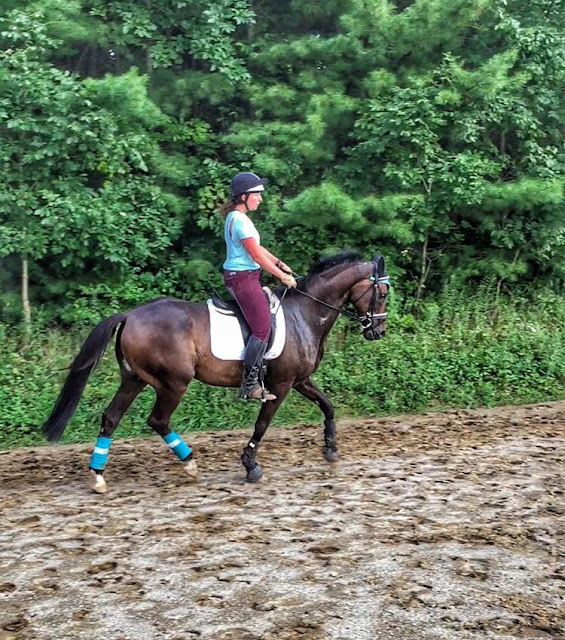 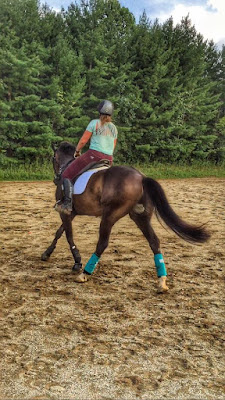 Almost sad V is coming back because I truly love riding that horse and sometimes miss his buttons when I get on B, who has approximately 1/3 of Yankee's buttons, and they are still installing hahaha.

Speaking of B, he was quite stiff to the right yesterday, and the sand was drying up and he was like no thank you, so we rode in the grass. 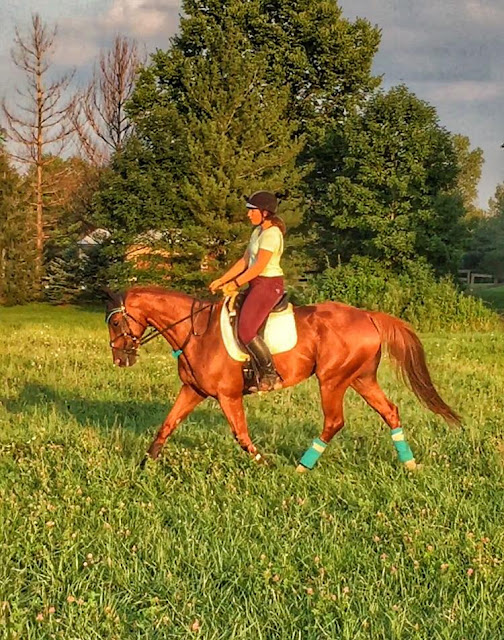 Despite feeling our conditioning ride yesterday, he put in some good work on the flat. I was struggling pretty hard to keep up with him, already exhausted from riding Yanks, so I kept the ride short. We plan to jump tomorrow anyways, no sense in working him in the ground before then.

I felt like I was really flopping around on this ride, but he tolerated my busy hands and flailing legs and was almost a little lazy. Never one to really need much in the ways of leg, I would say he required a shit load of leg in comparison to normal. Mostly because he kept trying to sneak a shoulder in. Cheeky buggah. This of course made me extra tired, but he responded nicely and for the most part stayed in front of it. 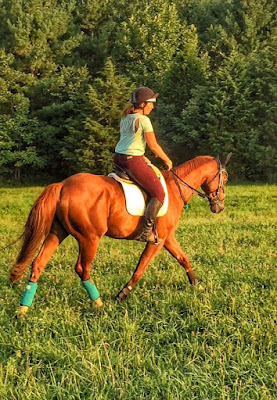 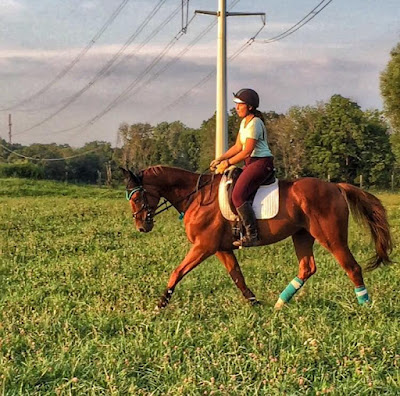 I tried to canter him, but legit almost slipped off the side like an fucking greenie. His canter is absolutely massive, and apparently what little strength I have is not enough to sit it. Horrified and embarrassed I casually came back down to a trot and was like, this is where we live now. I asked B for a few more changes of direction and a bit more energy and we called it quits. 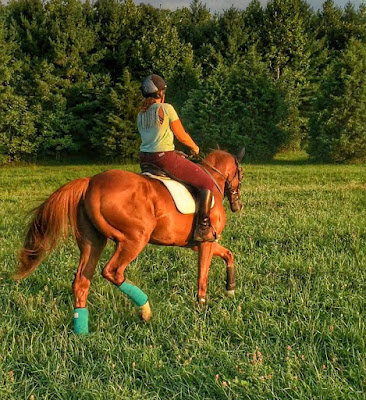 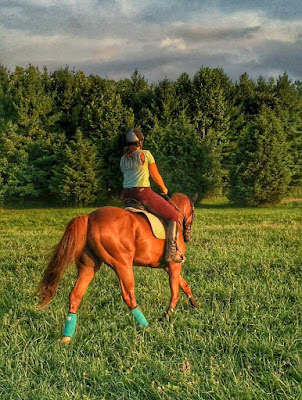 Overall, I could have been discouraged with how poorly I rode, but mostly, I am jacked I'm back in the saddle! I know in time it will come back to me and I just need to be patient...but its hard! I am so lucky that I have two fabulous horses to ride and spoil, and reminding myself at that really helps me stay positive. Hopefully in the next few weeks my core will get stronger and I can start seriously riding again!


Posted by Checkmark115 at 8:32 AM
Email ThisBlogThis!Share to TwitterShare to FacebookShare to Pinterest