What Do Wednesday: When to Quit

Yesterday was a dream, I think. Not only did I get LOADS of leads for my hunt for baby pics (thank you everyone), but I GOT TO RIDE.

I've ridden twice in the last 6 weeks, even though I wasn't supposed to, for about 10 minutes only  & it was absolute torture. Combined with being unable to work out as well, I was miserable.

I broke the fast yesterday though and not only went to the gym, but rode BOTH my boys.

Don't worry, I didn't overdo it like a typically do, and I actually feel fantastic today, just a little sore. Taking the day off to recoup, but hope to ride again tomorrow then maybe Saturday haul to the New Farm to jump!

My question today I might have asked before, and there is no real definite answer, more of an explanation of a process.

But first, a recap.

V is out of town so I wanted to get a solid flat school in on him. Yanks topline is looking pretty dreadful and is not developing as fast as I had hoped, post surgery. To combat this, I am hoping V is willing to either lesson with me once a week, or let me ride him on the flat. Shes still learning dressage, so its not her fault at all, but putting him through 2nd and 3rd level paces once a week might help build that muscle.

Yankee warmed up with a good marching walk, and we got to it right away since there was a storm looming. I played with the adjustability in his trot, working on collection and then extension and back and he felt quit supple despite the lack of muscle across his topline. Canter was no different and he was perfectly obedient and in front of my leg. To warm up at the canter and check his strength I asked for walk-canter transitions every 4 strides down the long side. He felt fantastic and stayed relaxed and ready for any command. Deciding to shake it up a bit, we dove in to my favorite canter exercise. 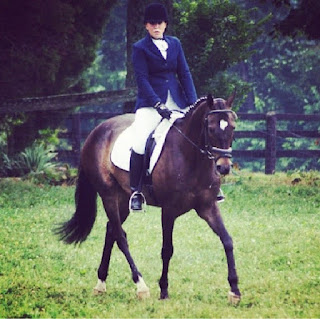 This exercise combines halt-canter, with 4-5 strides counter canter then back to the wall for a 10m circle to halt, turn on the haunches and halt-canter, repeat. Then flip the exercise for the other lead. 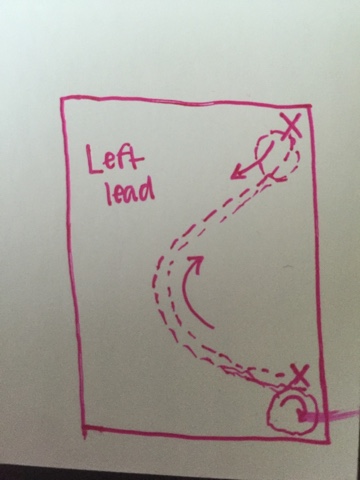 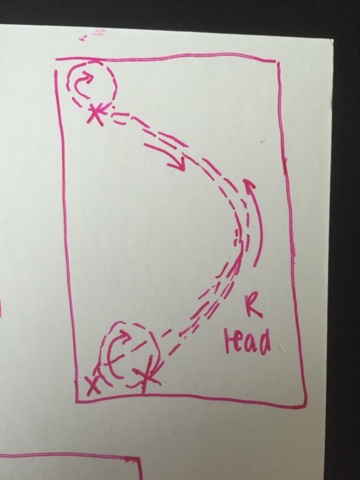 Yanks was able to repeat this twice on each lead before he got tired and I really had to use my aids to keep him in front of my leg and keep the energy moving. Totaling 6 times, 3 passes on each lead I moved on to renver (REALLY hard) and traver to half pass in the trot. Half pass has always been more difficult for Yanks and he could only hold it for 3 strides, before falling in. He tried his heart out though and was foot perfect and listening to my aids even without spurs (I've needed spurs in the past for lateral work). After just a few minutes at that, I called it a day with him since I am 1000% out of shape and he is still building strength for the more advanced movements. 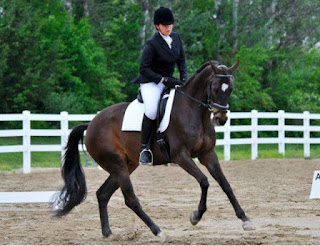 Bacardi was ever so slightly footsore because it has LITERALLY rained for 5 days straight. Its like a freaking hurricane or monsoon. With all the wetness, I was not surprised that his feets (took pics, next post!) were a wee sore. Also, mildly concerning, his stifle was clicking. It stopped about 10 minutes in when I asked him to back up....really hoping this isn't the start of another issues though. 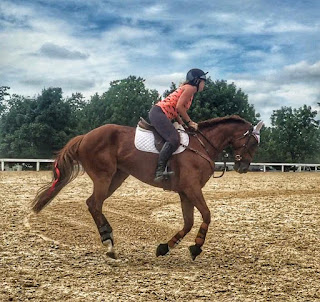 Therefore, I kept our ride to a walk but worked on shoulder-in to halt, turn on the haunches/forehand and then simply changing the bend in his body along the long side (almost like renver) back and forth while still maintaining energy.

Lateral work used to really get his goat and it was almsot impossible to work more than 3-4 minutes with him at it before he checked out and started rearing. He hasn't reared in ages, but he would flip his head about and start to jig after his time limit was reached.


Yesterday though, he was great! I was pretty proud of him. #GrowingUp

So back to my point.

When do we quit in our rides? How much is enough?

For literal YEARS I would simply warm-up, do what I came to do and if Yanks was wonderful I would quit right there. For the majority of his younger life, he literally couldn't;t handle much, and I wanted to keep his baby OTTB training positive. Then he got older and I didn't change a thing. Normally my rides were no longer than 30 minutes. I never felt like he really NEEDED to be drilled and I love to end on a good note, and fearing he would get worse, I always ended them short unless we were struggling and he needed more time to get it "just right". 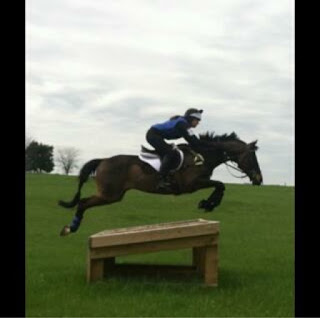 However, at shows we were expected to go for much longer than that I would notice he would lose focus quickly. His fitness was never an issue, just his concentration. It took me ages to make the connection between my ridiculously short rides and the fact that I would lose my horse after less than an hour at shows.

After that revelation, I tried to keep my rides a little longer, but still never felt he needed it. He knew his shit, there was no point drilling him. This lead me to a lot of creative rides to get that saddle time. 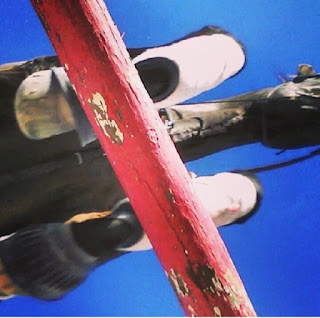 Then B came along and was a total shitshow every ride. Still trying to keep with my mantra of "end on a good note", sometimes I would be on him for over an hour.

To be honest, I never really felt like that got him anywhere, so I went back to what I used with Yanks as a bebe. We worked up until he started to resist. If he resisted right away, I dropped all initiative and we would toodle.
Sometimes even that was impossible so I would go for the most basic, dumbed down goal of the day. Usually walking two steps without bolting or rearing. Yeah, he was a hellion. Once we got that, BAM, I was off and he was done.

It took about a year, but B shows up to work almost every day now. I collect the reins up and he is THERE. So little by little I push him. If he responds well, I end the ride. If he resists a bit, I back off and ask for something simple and if he relaxes, we go back to the hard thing.

So for us, its dependent on his brain and how much he can handle.. With Yankee, he always perfect and then its easy to get carried away with asking for more and more.


So how much do you push? How far is too far in one training sessions?

Hard to quantify isn't it?

I think of it like a weightlifter. I would get absolutely nowhere if I warmed up, then quit, because my form was perfect. I would never get stronger in that skill set. Therefore, I push myself to do more. I fail a lot. But then, I succeed and get stronger...little by little.

Thats how I equate training new skills with my horses. If I give up too fast, they will never learn. Theres a delicate balance between too much and too little, especially with B. So generally, he gets ridden about 30 minutes, sometimes longer to work on physical stength things. His max brain capacity I've noticed is about 45 minutes though, so anything longer, despite how poorly he may be doing, I need to cut off there. Yankee is like the little engine that could and rarely gets stressed about anything but flying changes, so a happy 40 minute ride I think is sufficient for building muscle. I try not to drill the fuck out of him, since he is the solid citizen of my herd. 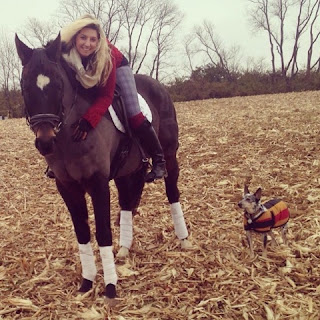 If you managed to stick through my incredible rambling post with no new pics, I want to know what you all do.

In your rides, do you often  push for more each time or do you just refresh old skills as a tune up and possibly throw in a few minutes of new skill? Do you ride for an hour no matter what? Do ou ever end rides early? Tell me dear readers, what do??

Posted by Checkmark115 at 10:02 AM
Email ThisBlogThis!Share to TwitterShare to FacebookShare to Pinterest