First off, thank you to everyone for the positive words on my last post! I loved seeing the comments, even if I didn't reply back. Grad school is back in full swing, along with working my bum off to try and pay off some bills AND slowly packing because we are moving houses and barns (Bangor and myself getting an appt together-finally).... its just a bit overwhelming sometimes!

Sadly, along with everything else, I did not get to ride this weekend because of the torrential & constant downpour, but I am not complaining. Rain= softer ground. Our indoor is like actual cement right now and I refuse to ride B on it, so I am at the mercy of the weather until we move to New Farm.

Which, by the way, I got a tour this weekend and I WILL be posting photos soon if Supertrainer is OK with it. It is...stunning...and massive. 60 boarders...yikes. Yanks DID have a clinic there this weekend with a catch rider (her horse was lame) and Cathy Weischoff and he was perfect, as usual. I wasn't in attendance but I got some pics (geek at the 200x200 arena, omg) on Friday was she rode briefly to get accustomed to him. 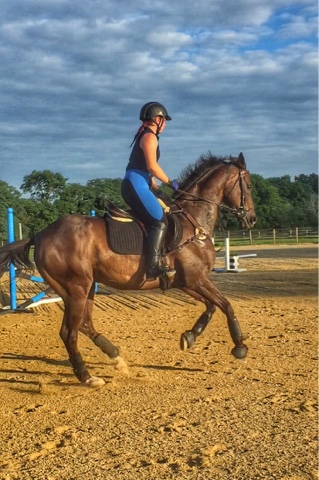 Yanks was a wee sassy because he hasn't been half halted properly in months and was mad he had to actually use himself, but otherwise they got along really well. Props to her for riding him so well! He might be the hardest easy horse to ride, if that makes sense. Yanks will ABSOLUTELY take advantage of you if you don't ask for the thing correctly and generally will loaf off like a goon. H made him wake up and actually use his back, but once he got over the sass he was lit and really enjoyed the jump clinic!

This post has nothing really to do with clinics, and jumping and riding though. It has more to do with racing.

If you are not aware by now, both of my boys raced for several years and B was actually quite successful. I adopted Yankee from New Vocations in 2004 and I am actually an ambassador for them (ask me anything!). NV is an OTTB adoption center that helps OTTBs find new homes. I unfortunately either never got Yankee papers, or I lost them (probably the latter, I was an incredibly disorganized child). Bacardi I bought off Facebook, and paid much more than should have, but I had to have him. I knew his previous owner and she luckily had papers on him.

However. I still knew very little about either of them, except that Yankee was fast as fuck, but too aggressive to pay attention to racing, despite being the sweetest horse ever on the ground. Consequently, he was gelded early. B won a bit, was incredibly fast and strong, but apparently was handed around and not exactly treated the best, poor fellow. A lot of his baggage I am positive comes from the track.

Despite the hate that quite a few popular bloggers spew about OTTBs, I am sold for life. There is nothing like them, and their heart and determination is unparalleled. If you can deal with the quirks, which for I actually love and find unique, they are simply the best. Incredible athletes and so very willing to try hard for you. Nothing compares to letting them open up out in a field and to feel their hoofbeats in your throat. Amazing, really.

However, because I adopted and bought second hand, I have almost zero history on either of them. Sure, I have their pedigrees...but that does nothing for me. I envy those that buy from breeders and have baby pics, show records, thorough history etc. I want that, so bad. Even the OTTB owners that have history...I low key hate you, haha.

Whats worse is I used to have a picture of Yankee from his yearling sale, but fricken lost it when one of my shitty laptops died on me. Back everything up people.

End goal is to find some baby pics, maybe a race pic or two...but ultimately I WANT A BABY PIC DAMMIT. NEED THAT SHIT. 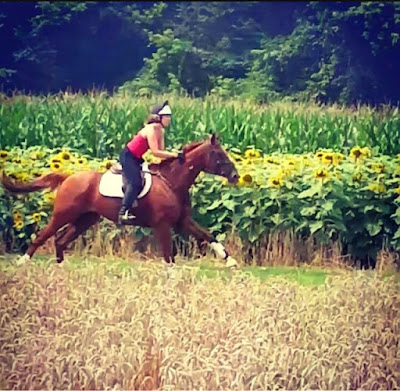 Yankee is coming on 15 years old this next January (WTF, how) and might be too old to ever find anything on him, but I should get points for trying, because I tried way too hard to find SOMETHING on him.

One weekend I spent approximately 4 hours googling and digging through the TB pedigree site for clues. I FINALLY found who bred him (Doris M Moses), but she might as well be a ghost. Google turns nothing up on her except other breeder listings of other horses. No website, no contact info, nothing. I've even tried looking at who she's syndicated or involved with and nothing. There was a Wolf Pen LLC, but that was a dead end too. FRUSTRATING.

I did find, after what seemed like digging forever through sale archives, his hip number, date and location of sale as well as who he was sold to;

Initially I was incredibly jazzed thinking FINALLY, a lead! But again, his buyer is a ghost just like his breeder. WHOMP WHOMP. I googled the name with everything I could think of, including "thoroughbred", but nothing really turned up. Looks like someone with that name is either a Dr, or an author and not a horse owner. I can't find jack diddly on anything. I am sure they go to great lengths to remain invisible online, because of nosey people like me, but god dammit I just want a baby pic!!!

I might have to bug NV staff and see if they have any records on him, because I found essentially nothing and now I am sad.

In regards to Bacardi, I actually have the farm that bred him, R & R Thoroughbred Stables, but AGAIN that led to nothing... at first. After an extreme amount of googling, I found what might be an email contact for the farm, but I really am not positive. I have yet to hear anything from them since my email.

I need to go back through and look at his papers, but it looked like he had exchanged hands about 12 times in his short career, which is really sad, but I am hoping to find more insight on the giant scar on his front right leg, as well as his issues trailering.

I wonder if they are linked somehow? Maybe a trailer accident. I do know that even at 7 he is incredibly accident prone, so I wouldn't be surprised if the scar on his leg is from an accident as a foal. I just wanna know!! 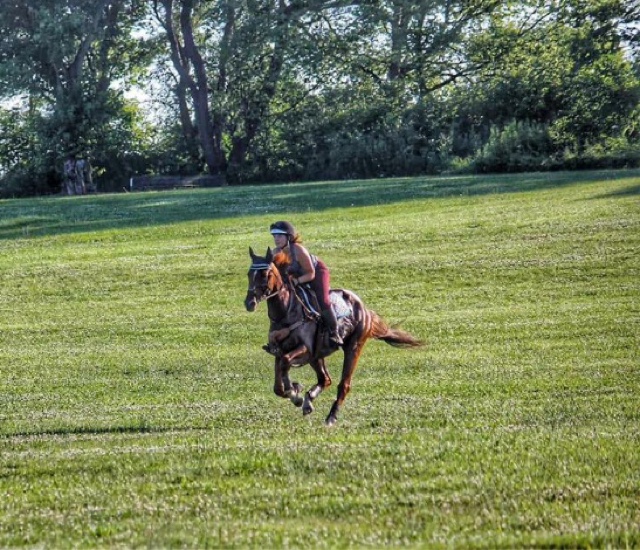 But for real though. I just want baby pics. I WANT THEM BAD. I just want to see their cute little nosey's and maybe find a scrap of information about what they were like as wee bebe's. Was Yankee a shit head, or adorable? Was Bacardi timid, or not? I really want to know these things.

For those of you with OTTBs, how much do you know on your horse(s)? How did you find out?

Any suggestions I will gladly take!

Posted by Checkmark115 at 3:33 PM
Email ThisBlogThis!Share to TwitterShare to FacebookShare to Pinterest